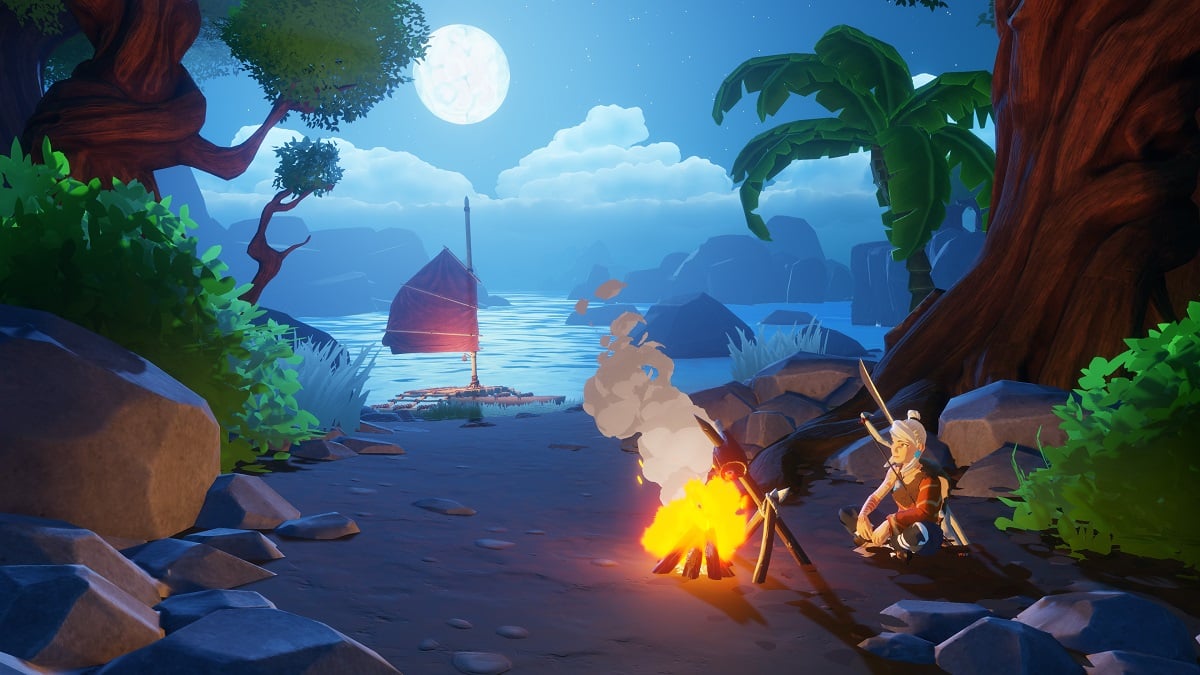 Windbound, the new indie survival-adventure game, has found it tough to avoid comparisons to The Legend of Zelda. Ever since its official announcement in April, similarities have been drawn between 5 Lives Studios’ latest title and Nintendo’s beloved franchise.

It’s easy to see why. With its Wind Waker-esque sailing mechanics, Breath of the Wild-style crafting and combat systems, and graphic similarities to both titles, Windbound would fit neatly into the Zelda universe.

As much as it resembles Link’s various outings, though, Windbound is its own beast that, with a bit more polish and variety in its gameplay, could have left a real mark on the survival genre.

Windbound puts you in the shoes of Kara, a young woman who gets separated from her sea tribe during a violent storm. Marooned on an unknown island after her boat is destroyed by a mysterious sea creature, Kara must use her survival skills to build a new vessel, traverse the Forbidden Islands, and reunite with her clan.

It sounds easy on the surface, but Windbound’s gorgeous art style and intriguing plot belie its demanding gameplay. Gathering resources — the backbone of any survival-oriented title — is an inevitability, but unlike similar games such as No Man’s Sky, there are no tutorials that introduce how its crafting mechanics, or generally staying alive, work.

Thankfully, Windbound’s crafting menu is easy to navigate and doesn’t require much explanation. A quick key or button press brings the menu up, and scrolling through its sections to find the right item to make and the materials required is straightforward. You start off with the basics, both in terms of materials and craftable items, but as you progress through the game, you unlock different items to craft if you gather the right resources. Windbound tells you when something new becomes available to make too, which is handy when you unearth a new raw material on your travels.

As you gather more materials and items, resource management becomes a trickier proposition. You can craft bags and chests to store items on your boat, but deciding which ones to keep on you, and which ones you can do without for now, throws another challenge into the equation. Sure, it can be annoying to realise you left a necessary item on your boat if you’re miles away from it. It adds an element of anxious excitement to proceedings, however, as you desperately sprint back to your vessel before starvation sets in or a pursuing foe can finish you off.

With the need to visit islands to collect materials and Sea Shards — the resource required to progress through each chapter — a boat is your most valuable commodity. Again, crafting one is self-explanatory, but what isn’t immediately apparent is how to upgrade your vessel throughout your playthrough. Trying to make new hulls, masts, and decks becomes frustrating if you don’t know that you have to dismantle parts of your current boat first. A tutorial or, at the least, an in-menu explanation about building a better ship would have come in handy here.

Sailing itself feels pretty good. You use your oar — and sail once you craft one — to combat the changing wind and wave directions, and both present unique challenges. You feel up against the elements if you’re forced to sail into the wind to reach your destination, or navigate choppy waters thanks to Windbound’s fluid water dynamics. There were times, though, when my boat was inexplicably launched meters into the air if I hit waves at a weird angle. It detracted from the otherwise solid realism that Windbound has gone for, and made sailing more difficult — especially if I’d picked up enough speed to glide through the waves — than it needed to be.

Speaking of challenging, Windbound isn’t shy about how punishing it is either. Enemies are tough, even on its easier difficulties, and learning when to fight them or run away adds a strategic gameplay element. You can lose your precious resources if you die, so deciding whether to engage Windbound’s fauna isn’t always a foregone conclusion.

Windbound’s Crossing challenges — trials that you have to complete at the end of each chapter — test your sailing capabilities too. They aren’t considerably taxing, but it can become difficult if you’re not concentrating. You’re rewarded for completing them with Blessings — you have to hand over Sea Shards to acquire these special weapons or abilities — but you can only equip one at any given time. That might sound silly, but it stops you from becoming overpowered and making Windbound’s later chapters easier than they should be.

Windbound isn’t without its drawbacks. Gameplay can become repetitive, and there isn’t much variety in the enemies you face, secrets you discover, or its Crossing trials. Its sailing component felt sticky on occasion too, with a lack of fluidity in certain areas.

Despite its survival slant, it was infuriating to lose specific items when I slipped up and died. My boat — the only ally I had — completely disappeared, along with every stored item onboard, each time I fell in battle, and starting from scratch only compounded Windbound’s repetitive nature. This wasn’t helped by the game’s autosave feature, which kicked in on the two occasions that I screwed up. It makes sense for a survival game to punish you for dying, but I’d have preferred it if Windbound had taken my onboard gear as recompense for my failure, rather than the awesome boat I had spent so long building.

Annoyingly, the same autosave feature doesn’t turn up regularly enough at other junctions. Windbound froze on me twice, which forced me to reload the last manual save I had. It was mostly laziness on my part, but if a game comes with an autosave feature, I expect it to kick in more regularly than it did.

Windbound is more than a Zelda-lite title. Its intuitive crafting system, punishing Souls-like combat, and touching story — particularly its exploration of humanity’s relationship with nature — set it apart from Nintendo’s iconic series. There are areas that could have been improved upon, and as a confined single-player experience, it doesn’t have the staying power of open-world survival games like Minecraft, Terraria, or 7 Days to Die.

For the time that you will invest in it, though, Windbound is worth the investment. Look past its flaws and become immersed in its beautifully painted world, and Windbound will give you an experience that, in the end, tugs at your heartstrings more than you think it will. 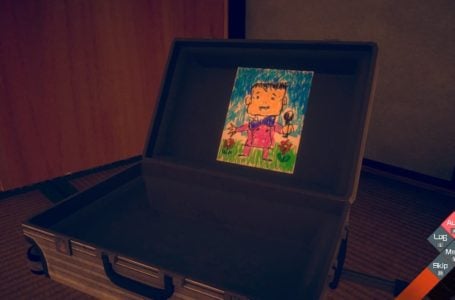 How to complete Shoma’s Psync in AI: The Somnium Files – nirvanA Initiative