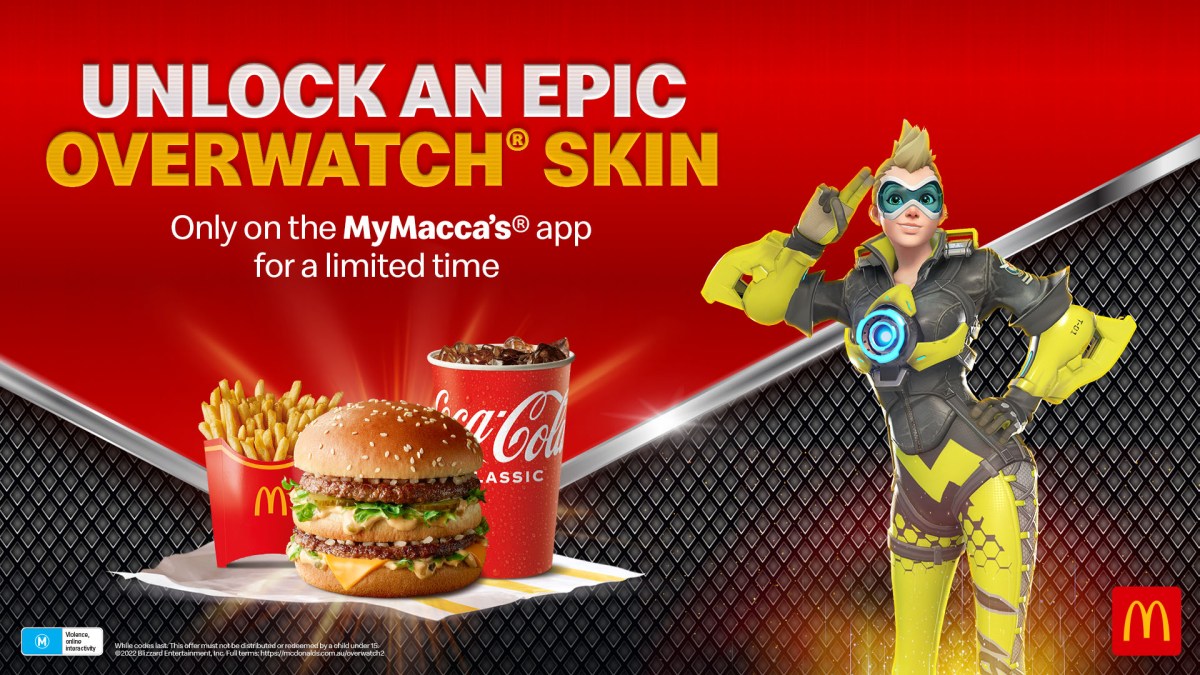 Time to gear up with a McChicken! New Overwatch 2 Meals are now available at your local Macca’s with three different selections to choose from!

Overwatch 2 is finally available after years of waiting. Coming packed with a slew of new characters, remixed mechanics, and a variety of new maps, the sequel to Blizzard’s esports-defining classic is set to take the world by storm in the coming months. As you level up your account and grab new gear, costumes, and victory poses, make sure to take a trip to your local Macca’s to enhance your game.

Celebrating the release of the much anticipated Overwatch 2, McDonald’s Australia has partnered with Blizzard to create three new Overwatch-themed meals. Available from October 19 to October 31, customers that order an Overwatch 2 Big Mac, McChicken, or 10-piece Chicken McNuggets combo through the MyMacca’s app will receive a download code for an epic Lightning skin Tracer for use in-game.

Getting your code is simple. Open the MyMacca’s app, select which Overwatch 2 Meal you want and your preferred pick-up location, complete your order in-store, then check your email for a unique code. Once you’ve got the code, go to your Blizzard account, open the redemption page, and type it in. You’ll now be all set to adorn Tracer with her epic skin.

The promotion will be live across all Macca’s locations, so you won’t need to worry about traveling out of the way. There is a limit of one code per transaction per customer, so you won’t be able to stack codes with multiple meals. Quantities are limited, so make sure to grab your order as soon as possible.