Since 2003, it has been abundantly clear developer Infinity Ward knows how to make an exceptional Call of Duty title. The studio’s everlasting Modern Warfare series has consistently delivered arcadey gameplay that has been both a stress-reducing joyride and proof personality is the secret antidote to a loveable shooter. If the beta is any indication, Call of Duty: Modern Warfare 2 is evidently throwing this formula out the window to mature alongside its evolving platforms, and this may leave a bitter taste in longtime fans’ mouths.

Now, the beta is only for its Multiplayer component, but it reveals a whole lot on the subject of Modern Warfare 2’s core gameplay and features. From what I can tell, the sequel has found itself a whole new identity, one that revolves around strategy and an overwhelming degree of realism.

The biggest changes from 2019’s Modern Warfare are undoubtedly the pace of play and its emphasis on being true to real life. The beta strips players of the ability to see enemy nameplates, red dots on the mini-map, and there is even a brutally low time-to-kill. The latter is so extreme, a single headshot from any weapon guarantees a kill, while the same can be said for two to three body shots. Mix all three of these dramatic changes together and you have players tippy-toeing their way through maps out of fear, no matter the game mode.

As a fan of stealth games, I thoroughly enjoyed solving for enemy locations and keeping a low profile, certainly giving me reminders of Tom Clancy’s Rainbow Six Siege. The only major concern I have is for the core audience. Most play Call of Duty to unwind and forget about a hard day’s work by mindlessly running and gunning to collect eliminations. With these changes in place, those rushing toward enemies will be left searching for minutes until they find one in the most obscure of corners. A great example of this can be found in its Domination mode. As chart toppers typically collected around 40 kills per match in previous Call of Duty games, not once did I see a player earn over 25 kills in this beta.

However, Infinity Ward’s hard focus on realism does come with pleasant surprises all players will be fond of. The most notable is the distinctive characteristics separating each weapon, bearing their own satisfyingly bombastic firing noises as well as reload animations. It is a much-needed improvement, as so many assault rifles and SMGs in Warzone and Vanguard have felt indistinguishable. Speaking of visuals, the beta hints at the game being the prettiest, to date. The art style is carried over from 2019’s Modern Warfare but with clear upgrades to lighting and map detail.

The beta has also debuted a reimagined Gunsmith, the menu used to apply attachments and customize guns. Although not much has changed from the one featured in Warzone, it does bring a new receiver attachment slot. This slot is essentially made up of different weapons eligible to hold your currently equipped attachments — ultimately erasing the grind to unlock the same add-on for multiple guns.

The introduction of the receiver slot does create one painful issue. A majority of the weapons in the beta can only be unlocked once their receivers are earned — which requires you to level up another gun beforehand. Considering past games simply tasked you with increasing your rank or completing challenges, the need to use one weapon to unlock another made me deeply reminisce over the older progression system.

Related: All perks in Call of Duty: Modern Warfare 2, explained

In order to restore balance to perks, another new system has come in the form of Perk Packages, allowing you to use two “Basic” perks right away and two stronger others later mid-game. By default, players can hone all four perks eight minutes into a match, but obtaining eliminations and completing objectives will shorten this timer. The system does serve its purpose well, ensuring enemies aren’t abusing their abilities an entire game. But, with the slowed pace of play, there were times I never earned all of my perks by the match’s end, making beloved perks like High Alert and Ghost often unattainable.

Although a minuscule change, the menu layout now takes the shape of a multitude of square panels, comparable to Xbox’s and Battlefield 2042’s formatting. It is a welcomed makeover, though the repositioned Message of the Day page will become obnoxious in the long run. This feature is infamous for advertising the latest cosmetics for sale and now takes up the beta’s entire home screen, meaning there’s coincidentally no room for the “exit” button prompt to be displayed. Players will now have to figure out what button gets them into Multiplayer but not before being reminded to pre-order the most expensive edition of the game.

A delightful dish of new modes and maps

Of course, you cannot have a great Multiplayer without some quality maps, and the beta certainly supplies them. Sporting four, each has its own diverse size and setting. Take Mercado Las Almas, for example. It is a three-lane marketplace within Mexico that dazzles in more colors than any location in the previous installment, and it offers numerous areas for both snipers and close-range gunners to succeed in.

Then, there is Breenbergh Hotel, arguably the most ambitious map design in years. A multi-level location in Amsterdam that’s central building hosts several decadent guest rooms, a restaurant, spa, stores as well as parking lots and patio spaces. It is overwhelming to take it all in at once, and I only hope this feeling consumes me on future maps, too.

Related: All maps available in the Call of Duty: Modern Warfare 2 Beta

To support the series’ newfound focus on strategy, the beta presents two new, round and objective-based game modes: Prisoner Rescue and Knock Out. Prisoner Rescue is exactly as advertised, tasking teams to either defend or evacuate two hostages. Yes, the mode has been done in several other shooters before. Though, it does add a splendid twist with its scoring system, offering points depending on how many hostages are defended and evacuated each round. This can result in exciting final rounds, especially as some teams may have no other choice but to save both hostages to win — which is no easy task. Luckily, fallen teammates can be revived, so losing teams should never feel entirely hopeless.

Knock Out is fairly similar to Prisoner Rescue, but it revolves around a bag of cash at the center of a map both sides need to hold for a minute to win. It then gets even spicier as the player carrying the cash will be marked on the map at all times. This causes the game mode to go by faster than any other, as this marker essentially brings the two teams together for one hectic showdown. I would not be surprised if players gravitated to both of these modes rather than the classics. With each centered around objects on the map, players have a good idea where the enemy team is headed, ultimately ramping up the pace of play a great deal.

Still much more to see

My experience did take place during the first weekend of the open beta, so there is still a lot of content that remains behind closed doors. For instance, the chaotic 32v32 Ground War has yet to arrive, and I am eager to see how the realistic time-to-kill and erasure of red dots impact the game mode. Infinity Ward has recently stated it looks to change some elements during the beta with the help of player feedback. Although the studio remains bullish on its decision to wipe away red dots, the developers have already revealed that Perk Packages will be buffed to have “drastically” accelerated earn rates.

As it stands, the Modern Warfare 2 beta teases a Multiplayer that is a far departure from anything before it, for better and worse. The reworked Perk Packages and Gunsmith systems remove older problems and create new ones, while the overall gameplay rebirths the franchise as one more grounded in reality and detail.

Despite anticipating a Multiplayer more aligned with another of the same title, I still had a difficult time letting go of the controller. There was not a single instance I encountered a bug or glitch, and I never wanted to stop exploring its individual weapons and maps to see how they stand out. If Infinity Ward continues to utilize feedback to improve the beta’s weak spots, Modern Warfare 2 may have the ability to reinvigorate the series with its striking new take on the FPS genre. 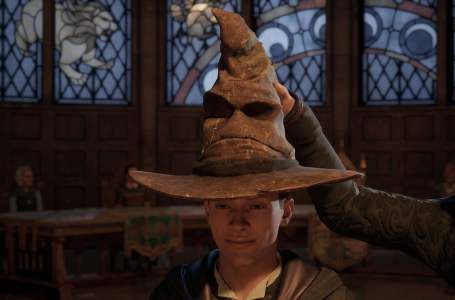