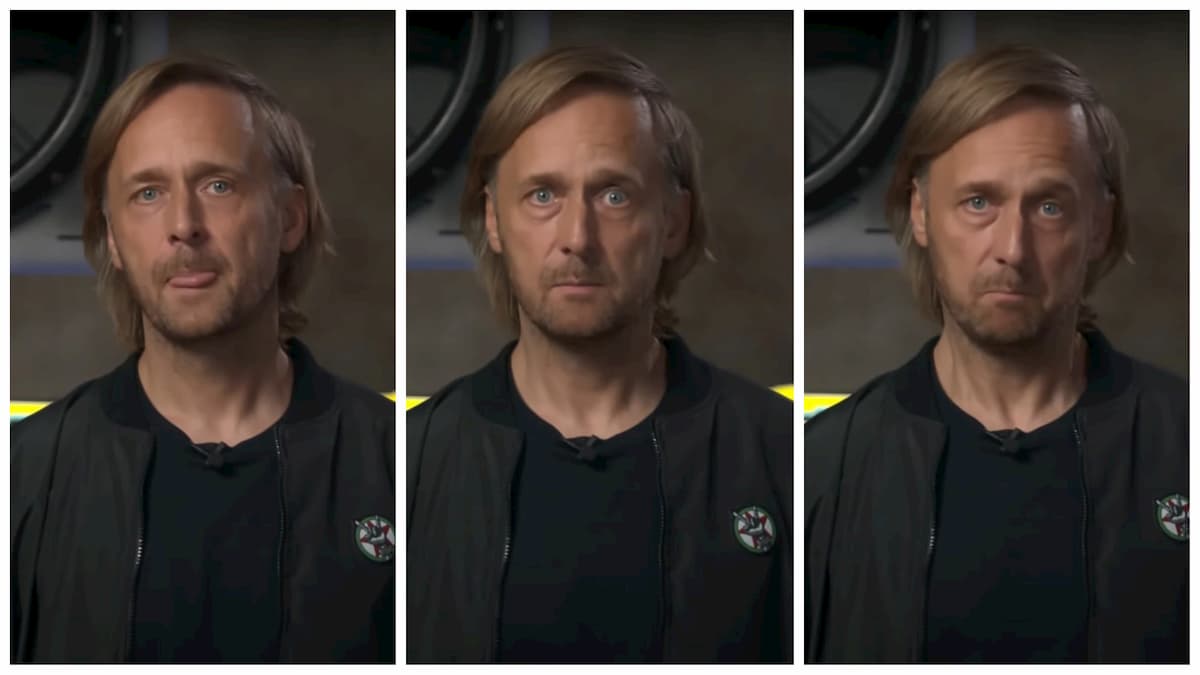 Yesterday’s video by CD Projekt co-founder Marin Iwinski was supposed to reassure disheartened and disappointed Cyberpunk 2077 fans, but for many, including me, it left a bad taste. This is not the first time the CD Projekt brass has attempted to smooth things over with its playerbase, and with each try, they have relied on dodging blame and making excuses for the sorry state of their magnum opus. What should have been a genuine moment ends up as a list of excuses and defenses. Here, we break down some key points from the video and explain how CD Projekt and Iwinski keep missing the mark.

“Despite good reviews on PC…”

We’re just 30 seconds into a video that is more than 5 minutes long and Iwinski is already defensive. Here’s the thing about those “good reviews” on PC. Reviewers rely on early access to games to get the word out to readers before the game is released to help them make a decision on whether or not they will purchase the game. (This is how it works across all entertainment media, with early screenings for movies and TV, and so on; it’s not a favor publishers do to the media, it’s a pro-consumer practice that all should participate in as part of a fair and informed market.) Until reviews come out, ideally several days before the game releases, consumers have only heard what the studios and publishers themselves wanted them to hear. They can claim the game will be life-altering, and that’s their job: They make a product and convince people to buy it.

The review process is essential because it’s the first time an advocate for the everyday person has had a chance to experience the product for themselves. Is every review outlet perfect? No. But ideally, when given the time and opportunity to do their job correctly and with enough review codes sent out to enough varied outlets, a general consensus is reached, and consumers can be assured or warned about the actual state of a game. When a publisher doesn’t send out codes early enough, it’s almost always a sign that the game is in a bad state — which was the case here.

Cyberpunk 2077 is one of those games that feels good when you first start playing it. It’s flashy, weird, and interesting. As the hours tick by, though, more and more of the cracks are revealed. So when a reviewer only has two days to play a game and write a full review, their view is skewed. In some instances, we get the game a month before it’s released, but usually, it’s a week or two early. Not this time. Later in the video Iwinski admits that review codes were sent out in the “first few days” of December. The sites that were lucky enough to get those were only given PC codes, and the review embargo lifted on December 7, mere days after the codes were sent out.

That’s why PC reviews were mostly positive, with some outlets even giving the title a 10/10. Would they now? I have my doubts. And as for codes for console versions, which Iwinski claims went out on December 8, one day before global release times (the game went live December 9 at 7 PM Eastern/4 PM Pacific in the U.S.), we all know the reason they weren’t forthcoming with those. Review aggregator OpenCritic even has a huge warning on its Cyberpunk 2077 page warning users that the developer “intentionally sought to hide the true state of the game” on consoles, and in a damning essay released a few days after launch, the site tears CD Projekt to shreds for it.

We here at Gamepur waited a month to write and release our review, and we found the game to be beautiful but hollow, overall a disappointment. Is it the worst game ever made? No — we gave it a 7/10. But it’s a bastion of missed potential. CD Projekt has no right to lean on initially positive PC reviews in defense of Cyberpunk 2077 when they knowingly and purposefully held back review codes in an effort to mislead consumers.

Iwinski spends a good bit of time explaining “how the situation looked like from the inside,” saying that a game of this scale and scope was difficult for many reasons. That’s completely understandable; Cyberpunk takes place in a massive world that stretches wide as well as tall. It was incredibly ambitious, and CDPR should be given credit for that. It’s also buggy, hollow, has some of the worst AI in modern gaming, and after just a few hours with it, it’s obviously not as bustling or robust as they’d claimed.

Iwinski says they “made it even more difficult on ourselves” by wanting the game to look epic on PCs, then attempting to get that or a similar performance on lowly consoles. Which leads him into one of the most egregious sentiments that CD Projekt has repeatedly stood behind:

“…Adjusting it to consoles, especially old-gens…”

Time and time again, CD Projekt has referred to the PlayStation 4 and Xbox One as “old gens.” I pre-ordered Cyberpunk 2077 back in December 2019 — I know, I know, pre-ordering it bad, but I had an expiring $20 Best Buy credit, and I knew I’d be picking up Cyberpunk on day one. At that time, the PlayStation 5 and Xbox Series X didn’t have a release date, and Cyberpunk was set to come out in April, seven months before the next-gen consoles would eventually release.

When I pre-ordered, I expected the game to be fully playable on my PS4 Pro, and CD Projekt had given me no indication that it wouldn’t be. There was no messaging about “old-gen” tech — the game had been in development for eight years, and presumably, they’d been working exclusively on PS4 and Xbox One hardware for its entire development cycle (in addition to PC, of course). “We had to constantly improve our in-game streaming system for old gen-consoles,” Iwinski says in the video, calling that the “main culprit” as to why the game didn’t run well on PS4 and Xbox One. “Since the disk bandwidth of old-gens is what it is…” he continues, again using the term old-gen.

I have to reiterate this point: The only reason CD Projekt can hide behind the term “old-gen” is because it delayed the game so many times that the PS5 and Series X just happened to release before Cyberpunk 2077 managed to. The game’s entire development cycle was on the PS4 and Xbox One generation, and if it had released in April 2020 as originally planned, next-gen would still be over half a year away. At the time I and many others pre-ordered, “old-gen” was current-gen, our only option. (And that doesn’t even touch on the fact that in this same video, CD Projekt delays the full next-gen upgrade versions to mid/late 2021, or just how difficult it has turned out to be for the average consumer to secure a next-gen console.)

I’m calling this a flat-out lie. I understand the argument that there are thousands upon thousands of potential PC builds out there, and that testing can never catch every issue. That’s part of gaming, and hotfixes can address certain cases post-launch. However, one of the beauties of console gaming is that everyone is running essentially the same hardware. There are a few versions of a console that release in its lifetime, but at their core, these systems are designed to be identical. There is no way the devs at CDPR didn’t boot Cyberpunk 2077 up on a base PS4 or Xbox One they had stacked in a closet somewhere and test out the game before it was released to over 8 million pre-orderers. I refuse to believe they would be this negligent with their product, which they have spent years telling consumers was built with the utmost love and care.

To make matters worse, anyone who has booted the game up on PC could see the countless bugs, broken quests, awful AI, and a myriad of other issues that the game launched with. Cyberpunk 2077 has been meme’d to death since release, and those didn’t all come from the console versions — on base consoles, it barely runs well enough to meme.

“We really believed we would deliver on the final Day Zero update.”

Intentionally or not, Iwinski confirms what we have all come to know as the truth: CDPR was scrambling in its final days to get the “old-gen” console versions into a working state, and it failed. When the game went gold months earlier, they knew it was not in a releasable state for consoles, while claiming on a November 25 investors call that it performed “surprisingly good” on them.

They even blamed the third delay release on the “old-gen” hardware, saying the PC and next-gen versions were fine and ready to ship in November. CD Projekt was overconfident and fully aware of the minefield it was navigating, and the carnage turned out to not only be its reputation, but the players who had put their faith in the company themselves.

In the video, Iwinski explains what’s next for the game. “We’ve already released three hotfixes improving the game,” he says, emphasizing the already. Uh, thanks? When the game is released in an unplayable state, you don’t get credit for a few hotfixes that only make it playable.

I do have sympathy for the actual developers and programmers, who had no say in the state the game was released in and have spoken up about the ironies in a game about exploitative companies only being interested in themselves and not their employees or consumers. The one good thing that came out of Iwinski’s video is that he took full responsibility for the game’s release state. Ultimately, he says, he and the board are the ones who decided it was best to release the game instead of further delaying it.

Hindsight, of course, is 20/20. But there’s an apology, and there are excuses. CD Projekt has earned fan goodwill over the years with its pro-consumer stances, but when it came down to it, they did the exact things they’d spoken out against. They forced mandatory crunch. They lied to consumers. They sold a game in a pre-release state. And instead of a genuine apology and promise to do better, for the most part, they’ve only made excuses and shifted blame.

Can we move on? Yes, of course. Many gaming companies have made blunders and gone on to redeem themselves. CDPR offering free DLC and patches for the next year might just get the game closer to the state we expected it to be in upon release — I know that I put it down after 30 hours and am waiting until it’s significantly better to give it another go. But the industry’s goodwill toward CD Projekt is gone, and its reputation is tarnished. It will take a lot of work to get consumers back on board, and the path they’ve taken so far has not been a good one. 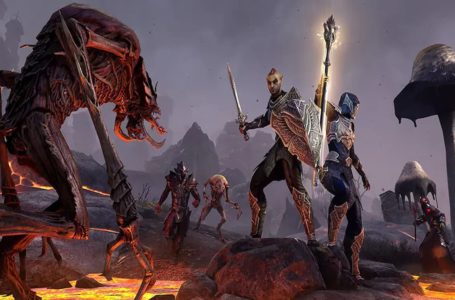 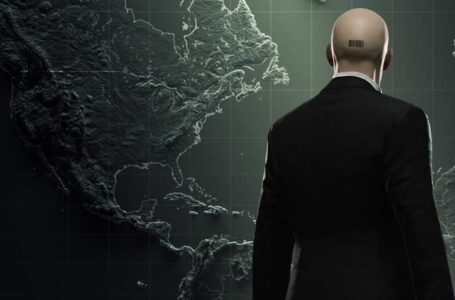 What is Freelancer mode in Hitman 3? 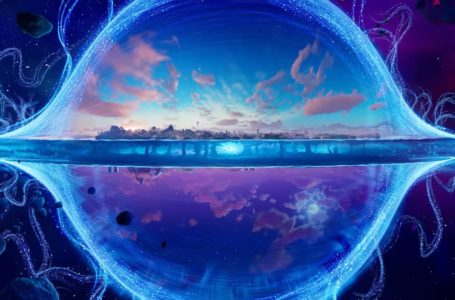 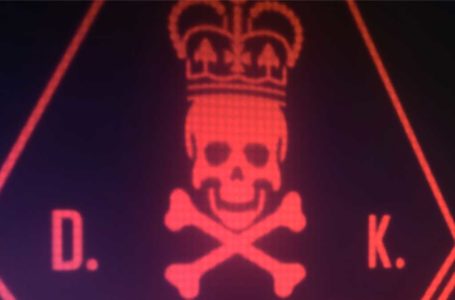 What is Elusive Target Arcade in Hitman 3?