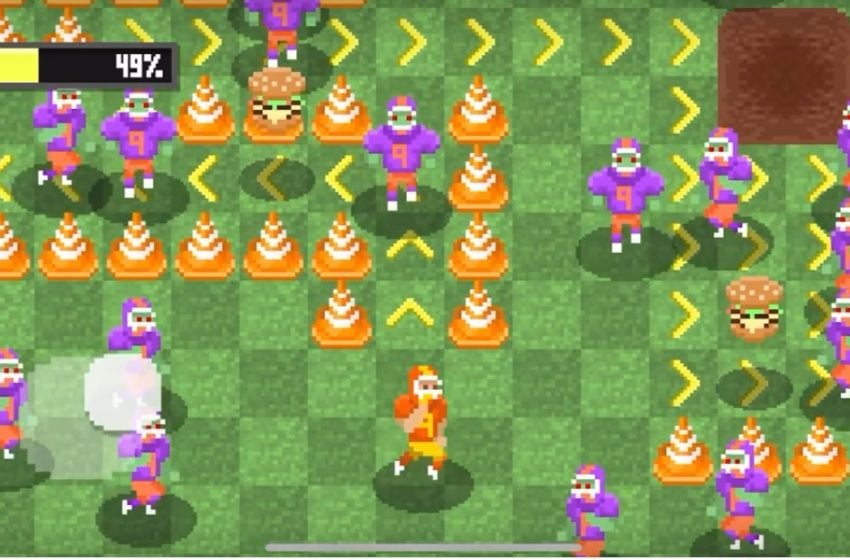 Mobile gaming has taken off in recent years, and it can be difficult to keep track of which titles are worth your time. It’s also important to know which ones are free. The cost of playing games with extras—such as play-to-win microtransactions—can rack up quickly, and it’s annoying to get bombarded with ads in order to unlock new levels.

Thankfully, there are a number of superb free games to play. We’ve compiled a list of the best truly free iOS games available on the market in 2020. Check out our suggestions for some seriously fun gaming sessions.

It might seem strange to start off with a text adventure game. AI Dungeon, though, is the first limitless game within this genre. What that means is that your adventure can be never-ending. There’s no type command you can input and die from—you can go on and on for as long as you like.

Using cutting edge AI technology, each story will be uniquely written for you. Content is infinitely generated, often with humorous results, and it won’t cost you a cent. The only limit is your imagination, so get as weird, wacky, and wonderful as you want.

A novel approach to top-down racers. Data Wing seems minimalistic on the surface, but it’s a fun little racer with a trick up its sleeve. You play as a triangle-shaped ship who follows the orders of an AI called Mother. When Mother comes under attack, though, it’s up to you to save the day.

The first thing to note is you don’t crash into race track walls. Instead, you’re encouraged to grind against track edges to increase your speed. It means that you can slam into track edges without fear of blowing up or breaking down, which is a nice change of pace from other racers.

There are a variety of game types to try out — time trials and a two-hour story mode to name but two — as well as leaderboards and a pulsating soundtrack. Add this to your back catalog and use it to fill your downtime.

It would be remiss of us not to include the biggest battle royale game in the world on our list. Sure, there are in-app purchases available, but you don’t have to spend any money to play. They’re all cosmetic so that gives Fortnite a pass onto our list.

Fortnite pits you against other players as you all looked to be crowned as the winner of matches. There are a number of different game types to sink your teeth into, the game is updated every week with new weapons, gear, and other bits, and licensed tie-in events are always making their way into Fortnite too.

If you want a third-person shooter that is fun, frenetic, and frustrating in equal measure, Fortnite should be top of your list to download.

If something more casual is what you’re after, Mekorama is a title that should pique your interest. You have to guide a little robot home through 50 different puzzles. You can move the puzzle around and change its angle to work out how to get your little buddy home safely, and the ambient music helps to relax you as you play.

The puzzles get more difficult as you progress, but there’s nothing overly tasking here. Once the game is complete, you can make a donation to the developer, but you’re under no obligation to do so. You could say that counts as an in-app purchase but, given it’s not play-to-win, we’ll let it go this time.

If you’re a fan of games like Monument Valley, Mekorama is worth a go.

Another game that has in-app purchases but, like Fortnite, you don’t have to spend a dime to play it. Pokémon Go is another massively popular title, and its free updates are constantly adding new features, generations of Pokemon, and challenges for you to catch and try out.

Unlike the other entries on our list, Pokémon Go does require you to go outside to get the most out of it. It will help you explore regions of your city, or even the world, while you play though. In that sense, it’s more than just a regular game and you could find yourself becoming addicted to walking everywhere very quickly.

If you’re after a nostalgic game that gets you up and about, Pokémon Go is the one for you.

Okay, yes, this game is two-and-a-half years old. Stranger Things 3: The Game, which tied into the latest season, even came out last year, so playing its predecessor might seem a bit daft.

Hear us out though. It’s free of any microtransactions or ads. You can compete with your friends by beating their scores on the game’s leaderboards. And, perhaps most importantly, you get to control all of your favorite characters from the hit Netflix show.

There’s plenty to love about Stranger Things: The Game. From its pixelated art to its fun puzzles and everything in between, you’d do well to find a better-licensed Stranger Things game for some time.

We couldn’t write up a free iOS games feature without including the king of the puzzle genre. Sudoku is as popular today as it was many moons ago, and you’ll get plenty from this puzzle app.

With a variety of difficulties to select, you can chop and change between them to give yourself something light to complete or a puzzle that will have you tearing your hair out. You can rank your scores against your friends too, which will add some spice to any online competitions you decide to hold.

There are a plethora of brain teasers across the Apple App Store, but none come close to Sudoku. Pick it up for free as soon as you can.

Football meets The Walking Dead in this peculiar but fantastic iOS title. You control the last player alive on your team, and your job is to get from one side of the pitch to the other. The catch? There’s a hungry zombie horde between you and your goal.

You can juke, spin, and bulldoze your way through the undead across 40 challenging levels, and you’ll have to avoid other pitfalls such as slippery mud patches to stay alive. Free skins can be unlocked for completing challenges, and you can boast to your mates about your top leaderboard position if you excel at Zombie Football.

The developers are said to be releasing new levels regularly for free, so there’s more to come back to in the future. It’s satisfying to burst through the zombie lines and complete each challenge, so Zombie Football is worth your time.