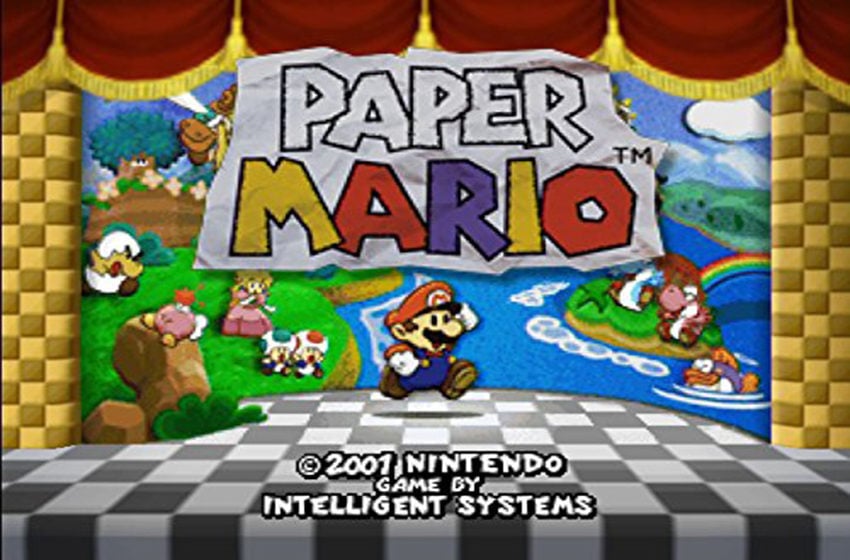 Paper Mario is a beloved spin-off RPG series for everyone’s favorite mustachioed plumber. As the title suggests, everything in this world is made of paper, including Mario. Starting life on the Nintendo 64, Paper Mario was set to be the successor to Super Mario RPG: Legend of the Seven Stars until it took on a life of its own.

Since the original game’s release in 2000, there have been five titles in the series. Here is the definitive ranking of those games from worst to best.

Sticker Star is easily the most mediocre entry in the Paper Mario series (so far, at least). Released in 2012 for the Nintendo 3DS, Sticker Star went further away from the series’ roots in RPG mechanics with an over-reliance on the sticker mechanic. You would use them in battles and the environment to progress. The problem is that fighting did not reward you anything (there’s no XP in the game), and sometimes you had to do a lot of backtracking to find a random object in the world (literally called “Things”) to make into a sticker to progress. Also, the partner gameplay prevalent in previous entries was removed from this game, so there are no unique characters here. Paper Mario: Sticker Star is not a bad game per se, but it is not worth your time to play. The game completely lost the series’ identity at this point by deemphasizing battling, removing the charm of the past game’s colorful characters, and the sticker mechanics are plain boring.

Color Splash is a step up from Sticker Star, but not necessarily anything worth playing either. Released on the Wii U in 2016, this game came out during a time where Nintendo was ramping up to leave the Wii U behind and look forward to the Nintendo Switch, and it shows. Graphically, the game looks beautiful, but that is about where the praise ends. A lot of the same mechanics in Sticker Star make their way over here and remain boring, repetitive slogs of gameplay. Again, there are no unique partners. You only see the most mundane of Mario characters, Toad and battles are slightly rewarding, but only towards your hammer. Color Splash released on a dying console that was never that popular, to begin with. It is best that it stay there and be forgotten.

Now we finally get into the games that are worth your time. Super Paper Mario released for the Nintendo Wii in 2007 and started moving away from the RPG mechanics that made the previous two entries beloved games. The game plays more like a traditional Mario 2D scroller with the twist that you can switch the perspective to 3D whenever you want. You also get to play as Luigi, Peach, and Bowser in this game. Their usefulness in the game is not necessarily as prevalent as Mario’s, but it is nice to see them here and playable. With Super Paper Mario focusing on platforming rather than the RPG gameplay that people had loved up until this point, it was a move that could have easily made this game as forgettable as Sticker Star and Color Splash if it was “just another Mario platformer.” However, the storytelling is top-notch, and the gameplay is fun, making this Wii title an enjoyable experience.

The first Paper Mario game released for the N64 in 2000 and introduced the world to 2D paper-like objects occupying a 3D world. Looking back at most games released on the N64 shows that a lot of those games did not age well. That being said, Paper Mario could easily be given a slight touch up and look great on the Switch today. This game brought in a colorful world made of paper that was woven into the natural storytelling and humor of the game. The turn-based combat introduced here was simple to understand, but deep and enjoyable. Mario had his set of moves, and the companion characters were unique and added a new twist to the world and battles. Paper Mario was a beautiful twist on what we knew a Mario game to be. It was a worthy successor to Super Mario RPG: Legend of the Seven Stars while also being its own thing. Everything here from the paper environment to the brilliant writing made this one of the best games to play on the N64.

The Thousand Year Door is an example of how to handle a true sequel perfectly. Released on the Nintendo GameCube in 2004, this game took everything introduced in the N64 title and turned it up to 11. The story was deeper, funnier, and more robust; combat was even better with brand new colorful partners; and you could interact in the open world much more than the original. It’s a masterpiece of an RPG that expands on everything introduced in the original game for the better.

The Thousand Year Door is an absolute GameCube classic and a brilliant sequel to the N64 game. It remained so faithful to the original game, in fact, that people at the time criticized it for not being different enough, and that could be what led Nintendo down the path to making Super Paper Mario, Sticker Star, and Color Splash. Regardless, Thousand Year Door remains the best Paper Mario game made, and if you have a GameCube or Wii, you should definitely pop the disc in and give it a try again.