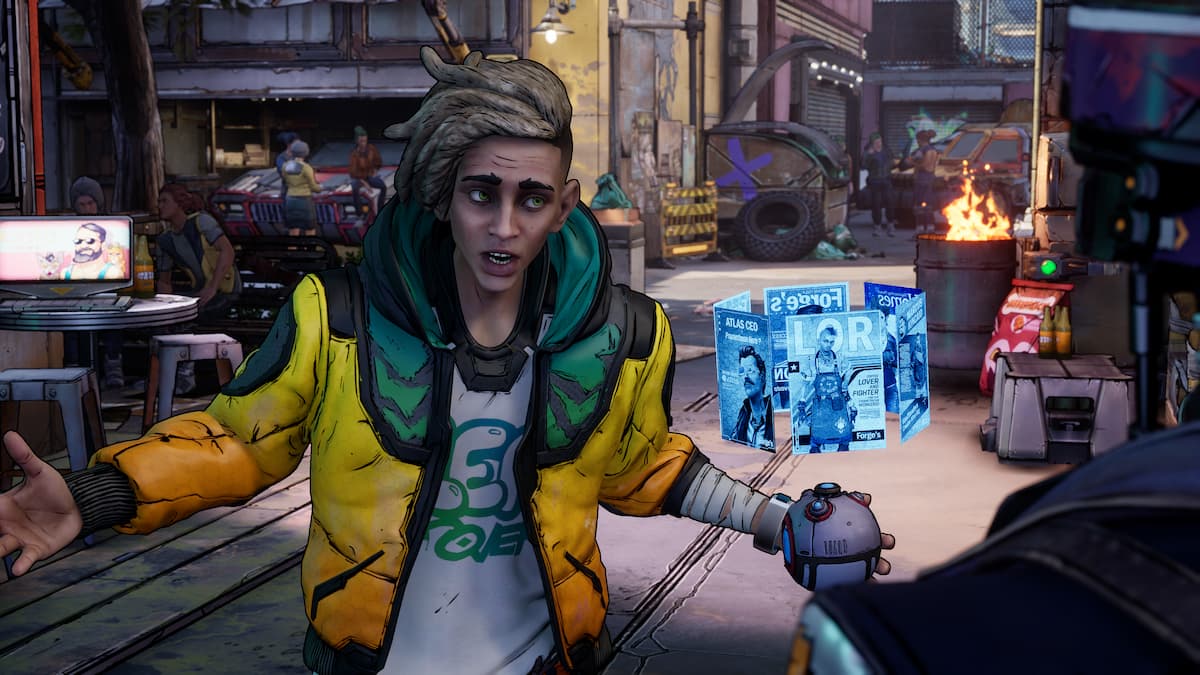 Over the span of a year beginning from November 2014, Tales from the Borderlands was slowly drip-fed into the world across five episodes. Although this interactive narrative game received high acclaim from critics, a sequel was never announced by Telltale Games as they went on to develop Batman: The Telltale Series, Minecraft: Story Mode, Guardians of the Galaxy: The Telltale Series, and a handful of other titles over the next few years. However, in 2018 Telltale Games’ funding was pulled by investors which resulted in the closure of the studio and the cancelation of its in-development projects including The Wolf Among Us 2, and games set in the Game of Thrones and Stranger Things universes.

A tale is born again

“When we started discussing making New Tales, what we knew we wanted to do is tell more localized stories in places and spaces that we can’t really dive into in a Borderlands proper title,” Joyce explained. “In those, you need to be running and gunning, looting and shooting all of the time. The pacing of those is necessarily faster and doesn’t allow for us to sit with the story in the same way. With every iteration of a Tales-style game, we want to expand the universe, but we want to expand the universe by diving deeper somewhere we haven’t really had the chance to go before.”

This is how the creative team at Gearbox decided to set the story of New Tales after Borderlands 3, as opposed to being directly after Tales From the Borderlands or somewhere else in the established Borderlands timeline. They wanted players to be put into the role of people who had experienced these wild situations already, like the Maliwan invasion on Promethea. How did these people feel, and what were they thinking about with everything that was going on around them? That was a compelling connection for the team to dive into. They just needed to figure out the right trio, and after designing Fran, things started to fall into place with Anu and Octavio.

“What we wanted them to do in the game inspired who they are, and who we wanted them to be,” Joyce said. “There was a lot of iteration there. When you decide to have three protagonists, they each have to represent a viewpoint. They have to be distinct from one another and offer something different. They still have a lot of flavor to them that will be familiar to the way we characterize anyone in Borderlands. They have heightened personalities that make them really interesting.”

“We started to look at personality types and went from there. We knew we wanted Fran to have a lot of fire and passion.” Joyce explained. “She was the easiest one to design from an action point of view,” Foisy added. “Fran would Rambo through everything. She doesn’t have any guns, but she has punch.”

Gearbox knew they wanted to iterate on the original title and bring these characters more to life by using new technologies, but because the global pandemic hit early on in development, that provided a few challenges. “One of the things that we knew we were going to have that would add a lot of dimensions was our performance capture,” Joyce explained. “We invested in that early on, and it informed a lot of the script that we went forward with. Knowing that we were going to have performance capture gave us more emotion happening on screen that the player could feel.”

“They are getting the audio, but they are also getting all of the facial muscles moving. All of that feedback would be there, and that really does a lot of heavy lifting for you in telling a story.” Joyce added, “Committing to performance capture right before the pandemic is a thing we had to deal with. We knew we wanted to keep everybody safe, so we had to talk a lot about the constraints on performance capture, and that did inspire iteration and a lot of creativity. I’m proud of what we learned, especially in the context of how we learned it.”

The pandemic wasn’t the only challenge the development team faced, though. This was the studio’s first time diving into an interactive narrative adventure like this, so bringing in some outside help familiar with the original Tales game was valuable. “Working with a couple of people that touched those games before was really helpful, Foisy said. “We got their insights into the best practices. That’s why pacing became one of the big pillars for us, on the writing side, on the design side, and on all aspects of the game. That’s one of the things that we didn’t know before, and then amidst that, the pandemic hits right when we first started. I think I was on the project for maybe a month and a half, and then we had to work from home.”

Evolving the formula 10 years on

One of the ways that New Tales from the Borderlands has differentiated itself from the original is how it is being released. Despite being episodic — a decision that was made early on — the title is a standalone product that will be playable from start to finish on day one. “When you commit to something in episodes, it allows for a different story structure than a movie,” Joyce said. “I think it’s great for a game like this, wherein a movie has an arc. It might have A or B plots, which is fairly normal. But in an episode, every episode has its own arc, it has its A and B plot, but each episode also has to speak to the larger season arc.”

“Maintaining that regardless of how we released it was helpful because it helped us in production,“ Joyce continued. “It also allows for iteration; you learn things from episode one that you can then make sure you carry over to the next. It was always going to be episodes.” Foisy added, “Also, with our game, you can start episode five, which is the last episode, skip the others and see the ending, but the choices will be made for you, though. But if you want, you can consume the episodes in any order.”

Another area Gearbox wanted to focus on was the gameplay and narrative choices and how that impacted the balance of the pacing – something that was finetuned throughout the development of New Tales from the Borderlands. Joyce revealed that they looked at ways to convey the story in a way they don’t think has been done in interactive narrative games like this before. “There are hard fails,” Joyce said. “You can get to game over states. Even for those, we wanted them to matter in context, but it’s also true that we didn’t shortcut to that.”

“We always looked at our options. Is this an opportunity for a story? Is there a way to convey something beyond a reset of the game? We did that wherever possible in ways I don’t think other games of this ilk have done. We want you to think about your choice in the context of roleplaying. There are branches connected to action; there’s more story for sometimes not doing something. We played with that a lot.”

With some final thoughts, Foisy added, “From a gameplay standpoint, we looked at what had been done before, and first of all, we wanted to achieve the same level, but with more. In the free walk sequences, we wanted to instill a bit more Borderlands flavor where you need to loot, you need to go look for money and customize your character’s visuals if you want. We wanted to give it a more fast-paced style. In the other game, it was a little slower, so one of our main goals was the pacing and trying to reinforce that.”

New Tales from the Borderlands is set to release on October 21 for consoles and PC. 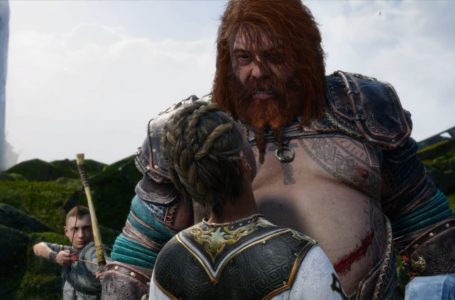 What does Heimdall see in Thor’s eyes in God of war Ragnarok? 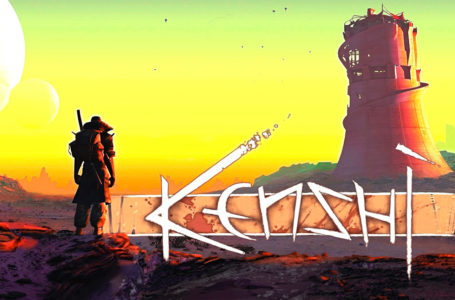 How to repair buildings in Kenshi

How to craft TM 149 Earthquake in Pokémon Scarlet and Violet 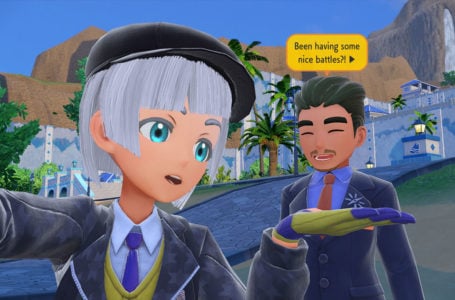 Where to find the Earthquake TM in Pokémon Scarlet and Violet