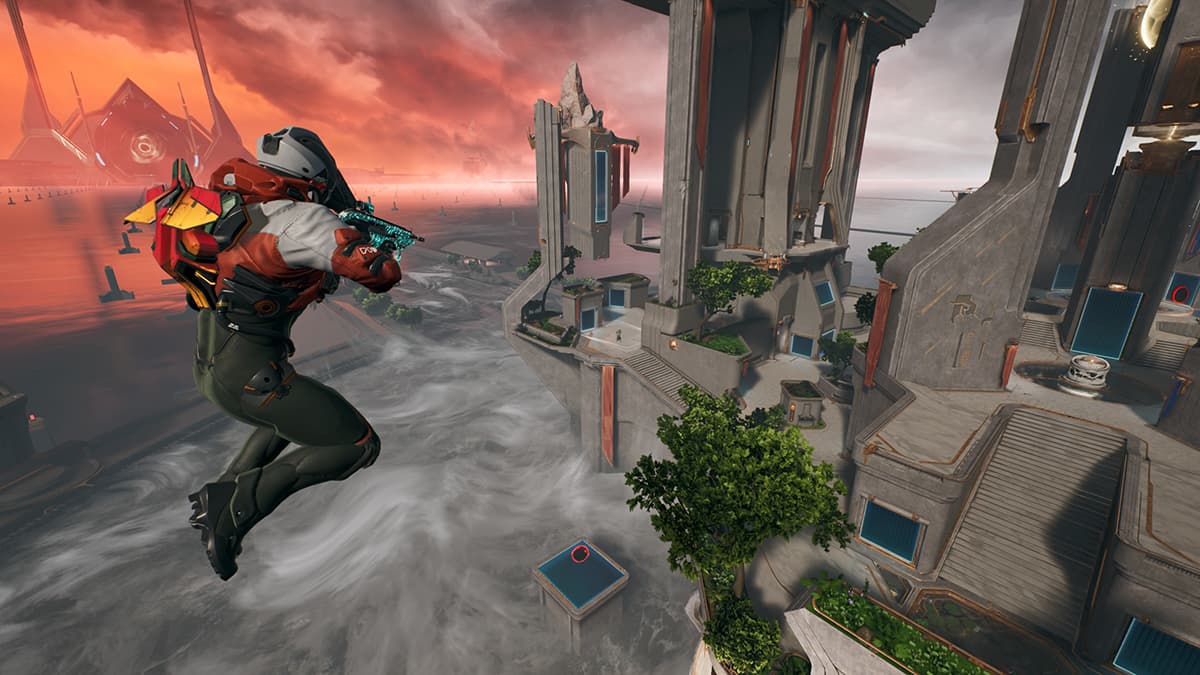 Capturing the zeitgeist and making a splash in online multiplayer is the first tough step for any budding live service game — the next is trying to maintain that audience. Splitgate from 1047 Games took that first step, and while its initial success overwhelmed the studio to a degree, the indie arena shooter earned its big break. A full year later, Splitgate is in the middle of its “Beta Season 2” as it tries to maintain a playerbase.

While Splitgate isn’t the same talk of the town since its reemergence through a console release in July of 2021, 1047 and its CEO Ian Proulx still have their sights set high. With seasonal updates bringing total redesigns to old maps, a complete overhaul to the backend, and significant hires for the studio, the light at the end of the tunnel is what Proulx refers to as “Splitgate 1.0.” What’s ahead for Splitgate are concrete goals, the biggest being to turn Splitgate into a triple-A title that’s more than just the original elevator pitch of “Halo meets Portal.”

While initially launching in May of 2019, the free-to-play Splitgate became a sleeper hit when it released on consoles more than two years later, and it turned out to be perfect timing. Arena shooters were on players’ minds, with Halo Infinite running a technical test around the same period. But Splitgate had months ahead of Infinite multiplayer’s wide release, and playing 1047’s game of quick movement and portal traversal left something to be desired when switching to Infinite.

“Yeah, you’re not the first person to say that,” said Proulx. “I’ve had a lot of people tell me that they kind of get spoiled [using portals].” But despite the comparison, the close release to Halo Infinite is something that Proulx invited. “I think Halo in the long run is good for us. I think it’s good for the genre. Having some competition is a good thing. I think it gets people talking, it gets people comparing. I think they’re absolutely very different games pacing-wise, health-wise, map-wise, and obviously, most importantly, the portal, which is our key differentiator.”

But as Proulx acknowledges, competition comes from everywhere, from games like Call of Duty, Apex Legends, Valorant, and even non-gaming media. “Everyone is now competing with each other’s time.” An unfortunate commonality between Splitgate and Halo Infinite is the difficulty of maintaining their larger playerbases from launch, with the former’s dropping by over 90% since its launch. But luckily for 1047 Games, looking at Halo Infinite just gives the studio more lessons to learn from.

More specifically, Proulx told us about discussions the studio had with Halo content creators, learning from the audience and player perspective about what to take away from these live service launches. The leading issue, it turns out, is that players want their games to move quickly. “People don’t like six months seasons, right? That’s what you know, people are now grown accustomed to three months seasons with regular meaningful updates. And I think that’s something that both Splitgate and Halo struggled with for different reasons.”

For the current iteration of 1047 Games, a three-month season of content isn’t in the cards — but Splitgate is on its way there. When Gamepur last spoke to Proulx, the headcount at the studio was 87 people, with the studio’s “magic number” target being around 150. Among the new hires are engineers, but also some notable artist pulls from Halo studio 343 Industries, like environment artists Shawnell Priester and Jihoon Kim. “We have a very high bar; if we get 150 of the absolute best people in the industry to work on this game, we’ll be moving faster than really almost any company out there,” said Proulx.

A growing studio only means better results, and there are some clear benchmarks for Splitgate to hit as 1047 expands its personnel. Going back to season length as a marker of progress, 1047 “couldn’t do a three-month season to start” with “a team of 20 people with four engineers.”  With a larger staff, Beta Season 2 is targeting a four-month length. “That’s really good for an 87-person team.”

Related: Splitgate developer 1047 Games will remain independent and has $100 million in funding

When Splitgate first took off a year ago, observers and journalists were quick to bet on potential buyouts from game publishers, since acquisitions are becoming the name of the industry game. But according to Proulx, getting acquired was never in the cards. “The goal is not to get acquired. The goal is to compete with the big dogs. We want to take this company public ultimately, and obviously, we’re years away from doing that. But we want to be a multi-game studio with multiple hits across multiple genres. We want to be the next big thing,” said Proulx.

Instead of announcing such a move, 1047 Games revealed that the studio had $100 million in funding. Independence was essential to the studio, but the question was how to take advantage of it. “We could throw money at marketing right now and force growth. We could keep pumping out features just as fast as possible, sprinting.” Instead, the focus was on scope and refinement. “What does Splitgate on $100 million budget look like that Splitgate on a $3 million budget didn’t look like, right? It’s a different scale. We’re not really concerned about throwing money at marketing right now.”

The road to Splitgate 1.0

The focus now is more on improving the core of Splitgate, from its progression systems to its visuals. Proulx pointed at a map called Abyss, which received a makeover for Beta Season 2 after the game upgraded to Unreal Engine 4.27. With improved textures, increased foliage, and striking water effects, 1047 Games wants this remaster to be a template for Splitgate maps moving forward. “It’s truly night and day,” said Proulx about the before-and-after of Abyss. “And we’re trying to take that exact thing we did and do it across every single map. Everything about the game should have that wow factor that Abyss currently has.”

But the beating heart of any live game is the progression, certainly one of the main incentives for any player to stay on a game — and one that Halo Infinite has publicly faltered in. Speaking on Splitgate’s “game outside the game,” Proulx conceded that he doesn’t think 1047’s progression and challenges aren’t done particularly well at the moment either. “What you’re seeing is, both Halo and Splitgate aren’t able to move fast enough yet. They need the other bells and whistles outside of just good core gameplay.”

Relating to that, Proulx revealed another key hire, specifically someone with a background in the mobile gaming industry. “This is the stuff he lives and breathes: progression, retention, how do you get people to keep coming back if the game is fun? How do you make a system that gets someone to want to log on all the time?” Included in Beta Season 2 were Badges and a total overhaul of challenges. And one big step towards more concrete progression is the addition of Pro Tiers, comparable to Prestige in Call of Duty. Pro Tiers provide an XP boost, and give the satisfaction of going through those early levels again. “I just think that having progression go fast, then slow, and then fast, and then slow keeps things fresh.”

What’s next for Splitgate?

In a sense, that style of progression is what 1047 Games is hoping for with Splitgate’s overall trajectory. When asked if the studio wanted slow and steady growth, or another massive influx of players like last year, Proulx stated that they’re looking for “a little bit of both.” Whereas Beta Season 1 didn’t provide much growth, “enough pieces are in place” for Season 2 to be where that growth resumes.

And after that slow grind will come the fast progression, ideally. “[Splitgate] 1.0 is when we anticipate the massive explosion. We are preparing for success. And we absolutely expect to hit much larger numbers than we hit during the last summer.” And by 1.0, the studio certainly wants players to view the game differently and do away with Halo comparisons. “If you actually compare the two games, sure, they’re both arena shooters. But, beyond the art, and some of the modes, they don’t actually play that similarly. So I think for us, establishing a unique art style, which we are, I think that’s going to put most of this to rest.”

It will all go back to hiring, which Proulx is keen to not rush, and get the “best of the best.” Along with the aforementioned hires, 1047 Games also picked up a creative writer. Additionally, the studio has plans to get the game on new platforms while in beta, and the aim is still for three-month seasons as the gold standard before 1.0 launches. But now, Splitgate has its foot in the door. “When we were an indie game with zero marketing budget, Halo meets Portal was a great way for us to describe the game and get people instantly. But we’ve graduated beyond that.”