Christmastime is known as “the most wonderful time of the year,” and though winter is so cold, it is also a favorite season for many. Countless video games have tried to capture that holiday spirit, and they do an excellent job of it with snow, icicles, penguins, and even Santa himself or characters dressed as the jolly red-suited man. Here are 10 games that have some of the wonderful and best winter-themed levels of all time. 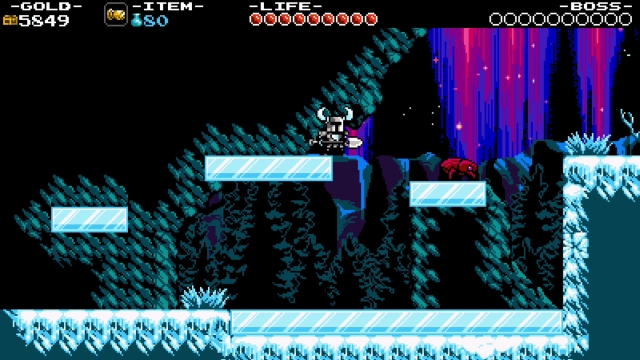 The name of this level tells you exactly what you’ll be seeing a lot of in this level: a decrepit, abandoned pirate ship. But the wintry climate has made its mark on this ship and its surroundings. Shovel Knight must skate along the icy platforms and knock snow drifts down to cover deadly spikes. An aurora illuminates the sky in the background. Beyond the ship’s hull lies Polar Knight, who has been waiting and watching over the ship, unwavering, until Shovel Knight brings his vigilance to an end. 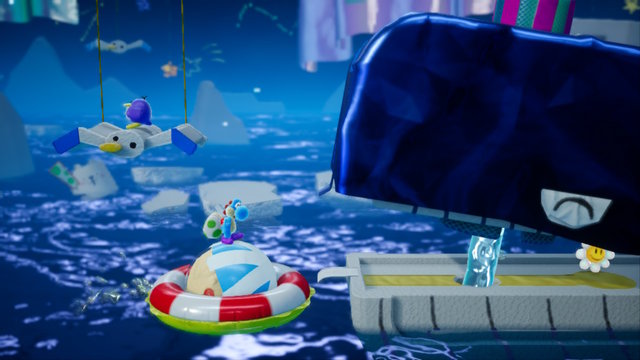 Slip-Slide Isle is the perfect place to swim on the holidays—if you’ve adapted to the cold, that is. The penguins waddle along the platforms floating in the water, and snowfalls gently. It’s an arctic adventure for Yoshi as he hops from platform to platform as they sink, and he must watch out for icicles crashing down from above. He also gets to ride along on cardboard polar bears, slide down a ramp shaped like a seal, and be shot through a whale’s blowhole by a jet of water. If you’re a fan of aquatic creatures in the tundra, this level of Yoshi’s Crafted World won’t disappoint. 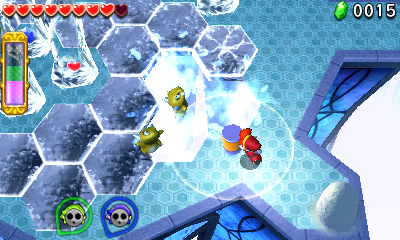 The Ice Temple is the fourth and final stage in the Ice Cavern area. In this level, the three Links find themselves in an icy palace in the sky. The palace floors are icy and slippery, but the Cozy Parka can give Link better traction. Not too far in, there is a room with hexagonal tiles of ice that shatter and fall underfoot. There are also large snowballs that roll across one part of the stage and can block the gusts of cold air that will freeze Link in place unless he is wearing the Cozy Parka. The music in the background is ominous with an eerie coldness. The final battle in the Ice Temple is against Blizzagia, an ice-breathing snake with a tail that freezes any Link that gets too close. 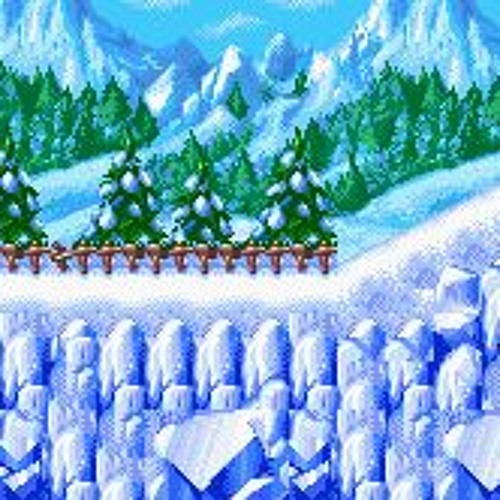 Ice Mountain Zone is very similar to IceCap Zone in Sonic the Hedgehog 3. In the Ice Mountain Zone stage, Sonic and Tails (or whichever character the player chooses) are running along a wintry mountainside, with snow falling and covering pine trees in the background. The mountain has a pink-purple hue on the inside, adding unexpected color to the whites and blues of this stage. Even the background music sounds peaceful and wintry. And of course, what’s a winter-themed level without penguins that attack with snowballs? 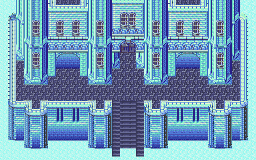 In Secret of Mana, the ragtag team of Randi, Primm, and Popoi travel to the Ice Palace in the Ice Country to retrieve an artifact known as the Mana Seed of Fire. Before reaching the Ice Palace, Randi and friends trek through a peaceful, snowy forest. The palace itself is icy, elegant, and lined with halls and dead ends. At the end of it all, it turns out that Santa Claus himself stole the Mana Seed, and it transformed him into a fearsome Frost Gigas. Fortunately, our heroes can restore him to his usual jolly self after defeating him in battle. The Katamari Damacy series is a series not often talked about, but its charm lies in its eccentricity: the objective is to roll a ball known as the Katamari over various objects, animals, and even people until you have achieved the level goal; usually that goal is to make a planet. The snowman level appears in various games throughout the series, with the shared goal of creating a head for a snowman that is proportionate to its body in the center of the stage. The challenge of the snowman level is that you have no idea how big the Katamari is at any point, but it’s fun rolling up all of the penguins and skiers in a winter wonderland.

Spinning-Star Sky is just plain charming from the snowy platforms to the towering trees. It’s amusing to watch Mario glide and float from star to star in his flying squirrel suit, and the twinkling effect when he lands on each star is pretty. The music note blocks also add a mystical aesthetic, and the jingling in the background music gives players the warm fuzzies. 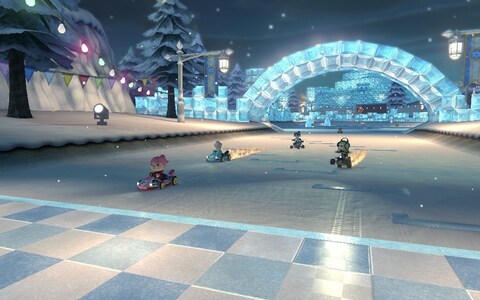 The Sherbet Land course has appeared in several games in the Mario Kart series, but it’s particularly beautiful in Mario Kart 8. Blocks of snow pile up to form towers along the sides of the track, as well as the occasional happy snowman. Characters charge through a flurry of snow on their way to the finish line, decorated with festive lights. The pine trees stretch into the sky, illuminated by a colorful aurora and bright fireworks. In the background, the music has a sense of awe and innocence. 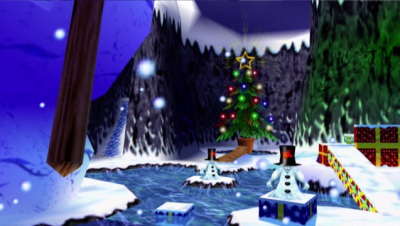 Banjo-Kazooie has stood the test of time in spite of its graphics because of its amazing storytelling and gameplay. Freezeezy Peak, however, is impressively beautiful. The snow and water are simplistic yet classic, and the massive Christmas tree is elegant for a game of its time. To light up said tree, Banjo and Kazooie play a game of whack-a-mole, smacking down Twinkly Munchers so that the Twinklies can fulfill their life’s purpose of making the tree shine. The gift-shaped platforms are also a pleasant touch. A giant snowman stands in the center of the stage, yielding several Jiggies in addition to adding further Christmas cheer to the stage. The background music is jolly and cheerful, despite being accompanied by a chilly wind effect. 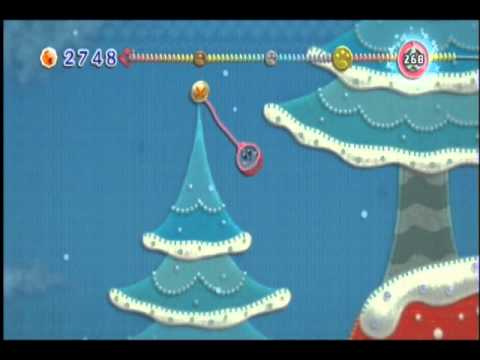 Each level in the Snow Land world has its charm, but Cozy Cabin stands out most. The yarn that makes up Kirby’s Epic Yarn works extremely well, as it makes each detail of the background appear to be hand-knitted like a warm winter sweater. Collectible gems decorating the Christmas trees bring them to life. Various structures are shaped like mittens, and once again, the art style makes them pop. The background music is quaint and cozy, occasionally paired with the sound of chilly gusts. The flavor text on each found item will make players yearn to sit in front of the fireplace with a cup of hot cocoa, lying in wait for Santa Claus.