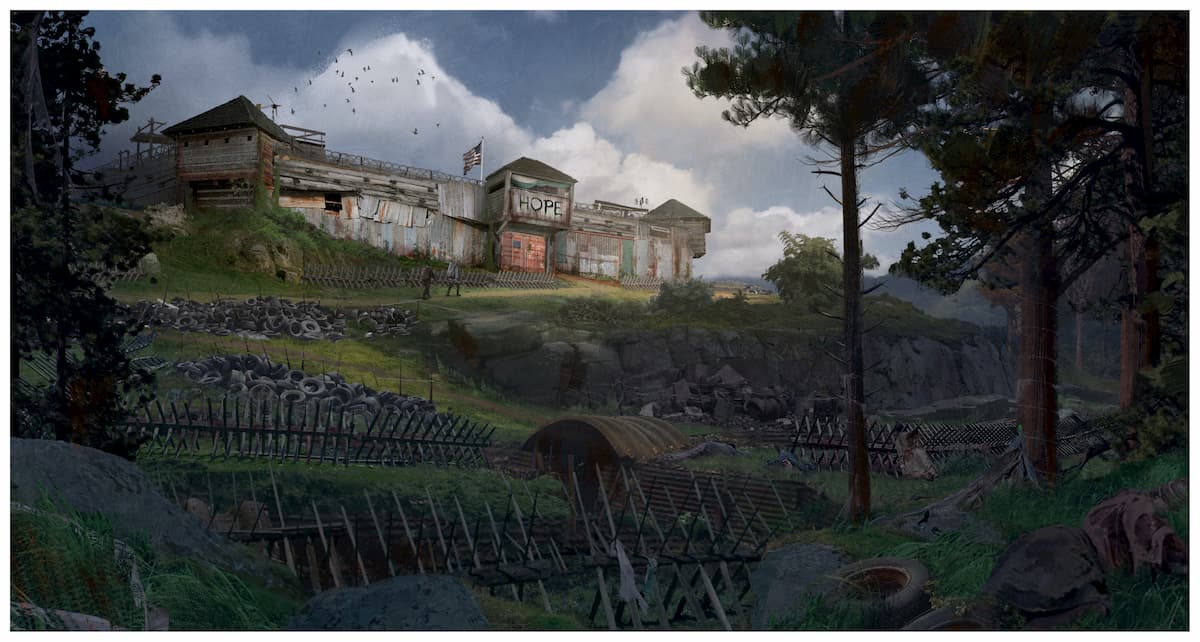 Turtle Rock Studios was the talk of the Game Awards, coming out of the show with a red-hot trailer for their upcoming game. Back 4 Blood looks to recapture the magic of their previous efforts, even using the same naming convention as the franchise that made them famous.

Unfortunately, we won’t get to group up to slaughter hordes of undead before the game’s June 22, 2021 release. Fortunately, there are some other games currently available to get your zombie-killing fix before Back 4 Blood is in your hands.

You would never think that a sequel to a Half-Life mod released 11 years ago would still be going strong, but that’s the kind of dedication the community has for Left 4 Dead 2. At the time of this writing, Valve’s zombie co-op game has 15,592 players in-game on Steam. In September of 2020, the developers released the game’s first official update in years, endorsing a fan-made collection of maps.

There’s a reason this game has withstood the test of time: it’s just plain fun, and you will never get the same encounter twice. Thanks to the system known as “The Director,” enemies will procedurally spawn throughout different points in each map. During one run, you might encounter a horde of normal zombies, while another day could see you facing the brutal assault of a Tank. The possibilities are endless, and that’s before mentioning the treasure trove of community mods available through Steam. If you still have an Xbox 360 and some friends with the same console, you could play that way, but the console version of the game hasn’t received an update for eight years.

Left 4 Dead 3 was officially canceled by Valve before it was ever announced, but that didn’t stop Saber Interactive from developing its own take on working with friends to take down hordes of undead. World War Z came at the right place at the right time, and during its initial release, vendors struggled to stock more copies of the game.

While the gameplay can feel a bit rough at times, and while the graphics were not up to expectations of current console and PC performance in 2019, the progression system and variety of enemies make up for any visual blemishes. Saber Interactive has continued to support the game with free content updates, and a Game of the Year edition was released in May of 2020, which included all previous DLC and an exclusive new campaign set in Marseilles. A Nintendo Switch version is in the works, although no release date is set, with the developer claiming this version to be “the hardest thing that [they] have had to do.”

If you like your undead survival with a generous side of crafting, Dying Light might be exactly what you’re looking for. Techland’s first-person mix of genres ensures that you need to keep an eye on your resources just as much as your health. There’s a dynamic day-night cycle, character progression, and survival points awarded for completing challenges and quests.

Dying Light’s popularity has invited other franchises into the game’s universe. Left 4 Dead, Rocket League, and Chivalry: Medieval Warfare have all seen their characters make appearances in the game. There’s also a story mode, designed to lower the difficulty and let players experience the narrative without worrying about survival. A standalone expansion called The Following is also available, and it’s free if you own the season pass for the base game. A sequel is now in development.

When Capcom sent beta invites for a new title, known only as “Project Resistance,” nobody expected that it would become the free bonus for the then-unannounced Resident Evil 3 remake. Reception for the multiplayer component was not as warm as its bigger, single-player sibling. But with the right group of friends, there is plenty of fun and prizes to earn in Resident Evil: Resistance.

This game takes a page from the asymmetrical multiplayer format, made popular by the likes of Dead by Daylight, and applies it to the monsters and villains from the Resident Evil universe. The Survivors must work together to find keys in each level of the map, enjoying the gameplay found in Capcom’s remakes of Resident Evil 2 and 3. The Mastermind, on the other hand, hinders Survivor progress with traps placed all over the map, similar to a trading card game, while occasionally taking control of elite units like William Birkin, Mr. X., or the Nemesis. It’s quite a difference between the two play styles, but working together to get past shambling zombies and booby-trapped cameras is rewarding when you find a good group.

Sure, we put Left 4 Dead 2 at the top of this list, but it’s not a cop-out to also include the original that’s responsible for the existence of Back 4 Blood. The original L4D has a different, self-contained atmosphere now that most players have moved on to the sequel, and it’s an easier introduction without the addition of several more types of infected in L4D2. It also tends to go on sale for less than the cost of a large coffee, something that will surely help when you’re frantically shoving away hordes of infected.

The first Left 4 Dead is arguably the best place to look at what Turtle Rock is attempting to pull off with Back 4 Blood. L4D2 was handled entirely by Valve, and although it makes some improvements, there’s something to appreciate when going back and playing the game that catapulted Turtle Rock into stardom.