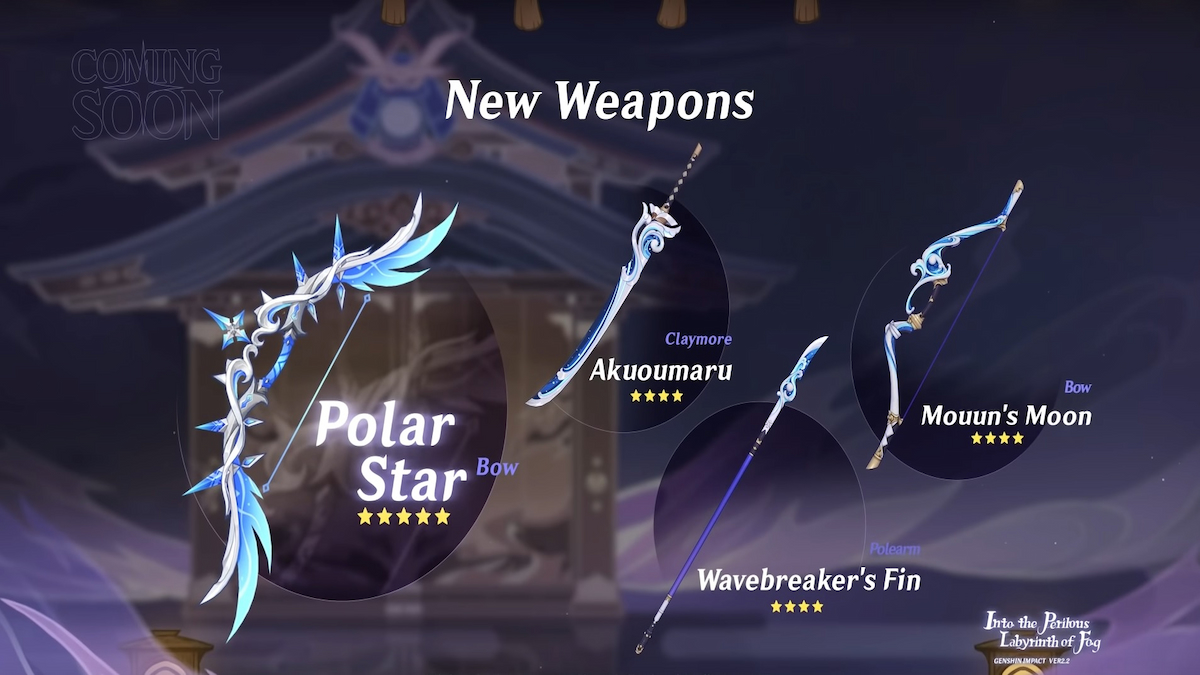 Genshin Impact has a set of new weapons through the version 2.2 update, including a shiny new four-star called Akuoumaru. This claymore looks wonderfully aquatic, with different shades of blue jetting across the weapon, and should be a stylish way to increase damage for your claymore characters.

As of this writing, it’s not yet officially known how to obtain the Akuoumaru weapon. However, the weapon was announced alongside the new five-star banner weapon, the Polar Star, meaning it’ll likely become available as a featured banner weapon.

To upgrade the Akuoumaru, you will need the following Materials:

Is the Akuoumaru any good?

The Akuoumaru is in direct competition with the Luxurious Sea-Lord, a free four-star claymore obtained during the Moonchase Festival event. It has a higher base ATK but a lower ATK% substat, with a passive that also increases the burst damage of claymore characters.