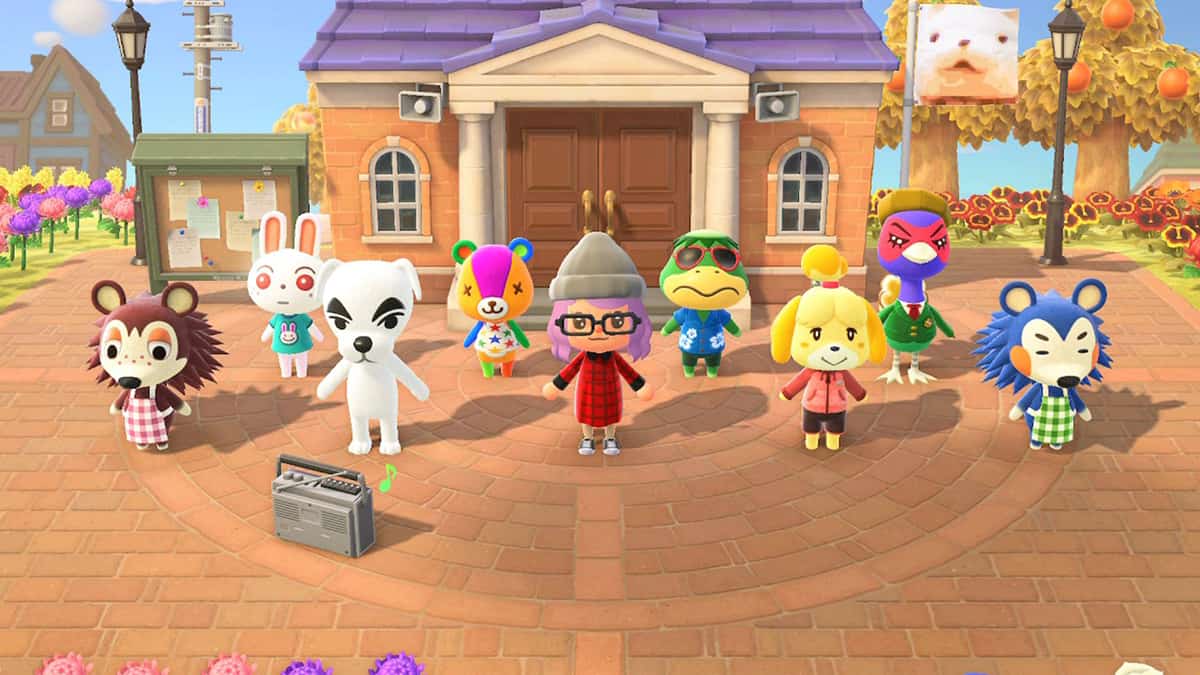 The Animal Crossing: New Horizons 2.0.0. update added a lot of new content to the game, including 16 new villagers to find and move onto players’ islands. With the addition of these new villagers, players are out scouring for them. So, which villagers are worth having on your island?

Although we love dogs, there’s nothing unique about Frett. To top it off, he has a cranky personality, which makes him tough to deal with.

If her name didn’t give it away, Azalea is all about flowers and nature. So, her overall aesthetic may capture the hearts of some. But, we believe she looks relatively bland compared to the many other rhinos already in the game.

Roswell has a unique pattern as many patterns we see on alligators have polka dots or a small pattern that are a slightly darker shade of their base color. His pattern makes him stick out like a sore thumb but in a good way.

One of the many returning characters from a previous entry in the franchise is Ace. He’s a jock and considering his long absence from Animal Crossing, players may have already forgotten about him and moved onto a different jock.

Rio is a villager from the original Animal Crossing game. While her peppy personality certainly brings some life to an island, her look is divisive among players. Some find her pretty and colorful while others think she’s just a little too much.

Zoe is an alright villager. She’s a returning villager that some fans of the first game may want to invite to their island. However, there are other anteaters such as Antonio or Pango that offer more in terms of personality.

Ione falls at number 10 because while she’s pretty, she has a normal personality. So, there isn’t anything going for her and she doesn’t stand out to the others on this list.

Chabwick is a lazy penguin who has a laidback look that we can see players liking. He’ll definitely fit in with another looking for a bro to have some ice cream with.

A brand new addition to the series is Quinn. While Quinn has the Sisterly personality, compared to the bird villagers you can get in the game, she falls a bit short.

Hamsters are usually a hit-or-miss with the Animal Crossing community. Although Marlo isn’t cute, his mafia look brings something new to the table.

Based on Sun Wukong from the novel Journey to the West, Tiansheng is a great-looking villager with a lot of thought put into him. He also loves fitness, which fits with the warrior he’s based on. He’s a perfect addition to any player who is in search of a jock to have on their island.

Cephalobot stands out for his unique look. He’s a robot with glowing eyes and visible bolts and vents on his body, making no player doubt that he’s truly the real thing.

Although Petri has a snooty personality, she makes up for it with her cute scientist outfit and her love for the field.

Shino is absolutely beautiful. She’s elegant, but also mysterious. Her name and appearance stem from Japanese theater. According to community members, they say her look is based on the hannya masks used in Noh Japanese theater, which is used to depict a female demon.

Returning from the very first Animal Crossing game on the GameCube is the beloved Faith. She now has the Sisterly personality, meaning she cares for the player but will also be blunt when needed. She wears a cute tropical outfit that goes perfectly with her “aloha” phrase.

Sasha is the best villager from the 2.0.0. update. What puts this adorable rabbit at the top of our list is how he breaks the norm of what we expect from a male villager. Sasha is a fashionista, something that we haven’t seen before with a male villager. It shows that males can love fashion and prim themselves up just like females.