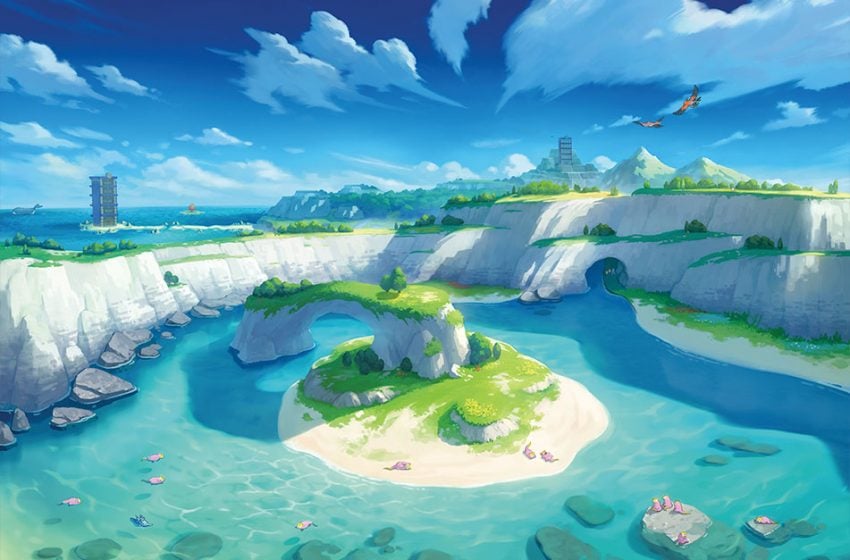 Early in your exploration of the new Wild Area in Pokémon Sword and Shield’s The Isle of Armor, you will encounter an NPC and his Alolan Diglett. He explains that he fell in love with the Alolan variation and caught several of them. Now 150 of them are missing, scattered through the map. He asks you to find them for him.

The Alolan Diglett are spread throughout the new Isle of Armor map. The amount of Diglett in an area varies, smaller areas have around eight, and larger areas can have up to twenty. Diglett can be out in the open or hidden in flowers or behind rocks. The game will let you know how many are left in that area as you find them.

We’ve arranged this list in alphabetical order. While you likely won’t enter these areas in this order, it’s easier to find the information.

There are seven Diglett in Brawler’s Cave.

There are nine Diglett on Challenge beach. This is an average location to find them. It’s not as widespread as some of the other locations, making it less difficult than Soothing Wetlands.

There are eight Diglett throughout Challenge Road. Due to the environment and colors along Challenge Road, it is much harder to see the hidden Diglett. You’ll need a keen eye, patience, and good reflexes to avoid the wild Pokémon waiting to slow you down.

Courageous Cavern has seven Diglett. This is one of the easier locations because of the small number and easy to see against the environment.

The Forest of Focus has eight Diglett hidden around the trees and grass. While they’re not as hard to see as the ones on Challenge Road, they aren’t easy and blend with the yellow flowers scattered through the forest.

Honeycalm Island has 11 Diglet hidden on it. It’s not the largest island, so most of them are clustered together, making this area one of the easier ones, despite the higher number.

There are only three Diglett around the Honeycalm Sea, making it one of the easiest locations to gather them, short of the Warm-Up Tunnel.

Insular Sea has only six Diglett. Odds are trainers are tired of searching, so it will come as a welcome blessing to only have to find a small handful.

Loop Lagoon has seven Diglett throughout it. It’s mostly water, so they aren’t as hard to spot as other locations and are closer together instead of widespread.

Potbottom Desert has ten Diglett hidden in the sand. It’s not as large as the soothing Wetlands, and it’s easier to see them against the red sand than it is against the green ground.

There are 20 Diglett in the Soothing Wetlands. Like the Forest of Focus, the Diglett here blend with their environment well and can be hidden in the foliage.

Stepping-Stone Sea has seven Diglett scattered across the tiny islands. Because there’s so little land, many of the Diglett appear closer together. Players still need to bike their way over the vast sea to get to them, however.

The Training Lowlands is another larger area with 15 Diglett hidden in it.

Warm-Up Tunnel is a blessing—only three Diglett hidden in the short tunnel.

Workout Sea is huge but is almost entirely open water. The eleven Diglett are hidden on patches of land. The hardest part about this location is the travel between them.

What happens when you collect all 150 Alolan Diglett?

After going through all that, it better be worth it, right? It is. Sort of. Depending on what you consider “worth it.” There are multiple rewards during your painful collecting process. Rewards are given out at first at five Diglett found, but after that, given out in multiples of ten. Once it hits 50 found, it goes up in multiples of 25. At 100 found, he will reward you again once you find all of the Diglett. All of the rewards are Pokémon from the Alolan Region.