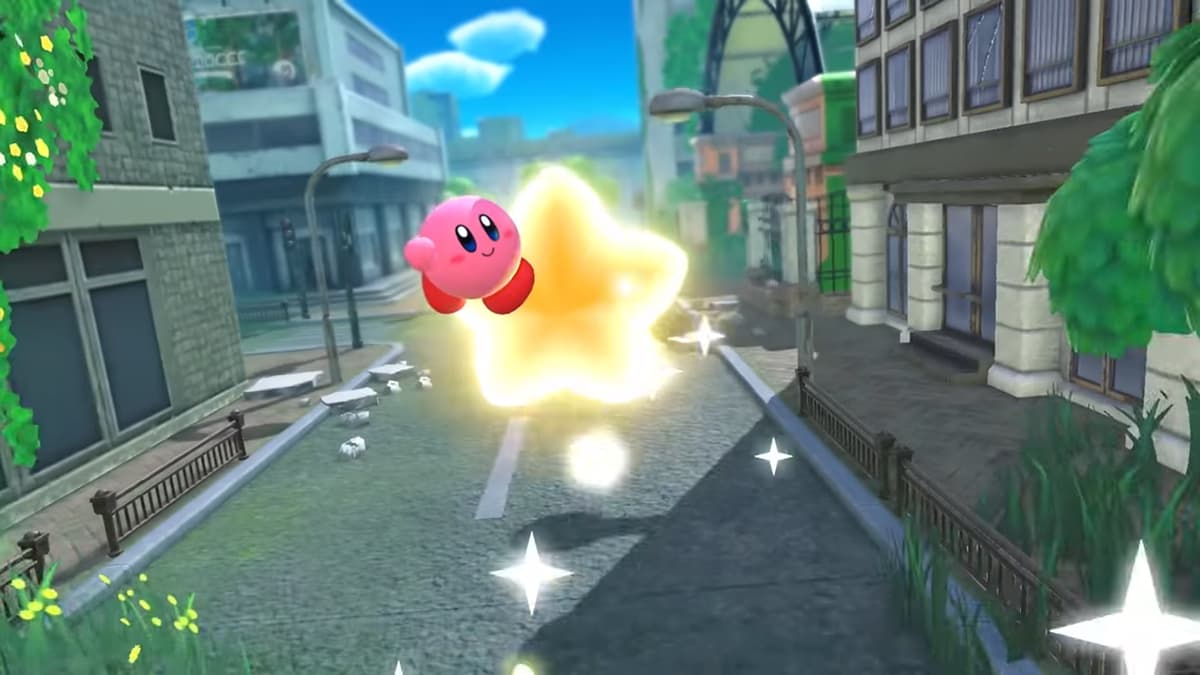 Kirby is finally making the jump into 3D games with Kirby and the Forgotten Land. The game will be the pink puffball’s first trip into a game of this style and has us very excited. Of course, like any Kirby game, our protagonist will suck up enemies and steal their powers for his own use. Here is every single copy ability power we saw that you can take advantage of in Kirby and the Forgotten Land trailer.

Bomb puts Kirby in a triangular hat and some bombs that he will roll in front of him like a bowling ball. Once the bomb makes contact with anything, it will explode. They can be used on enemies or destructible environment objects.

Crash is an incredibly powerful move that will have Kirby charging up a gigantic explosion that will eliminate all nearby enemies. After being used one time, you will lose the ability.

Cutter gives Kirby a helmet with a sharp blade on top of it. Kirby throws this blade out in front of him, and it boomerangs right back to him. If Kirby throws this at an item, it will pick it up and deliver it to him.

Drill is one of the brand new copy abilities in Forgotten Land. Using this power, Kirby and burrow underground and dig up items. When he pops out, he springs into the air and attacks enemies above him. Additionally, digging a trench around an enemy will cause a larger explosion from underneath.

Fire lets Kirby breathe fire at enemies. He can also use this to light lanterns on fire and reveal secrets in the area.

Hammer is a common ability from Kirby’s past that gives Kirby a mallet to strike enemies with. It can also be used to activate switches.

Ice gives Kirby an ice breath ability that will freeze enemies into blocks of ice that Kirby can push into enemies to damage them. While this power is active, Kirby will skate along the ground instead of walk.

Ranger is another brand new copy ability in Forgotten Land. Kirby is given a gun that can fire quick shots from a distance and above enemies. There is also a charged shot that will unleash a larger blast but necessitates Kirby being immobile for a short period of time.

Spike has received a pretty significant change to how it usually works. In the past, Kirby would stay motionless while protruding spikes out that hurt enemies that come up and touch him. In Forgotten Land, the spikes are much longer, and Kirby can roll around the environment picking up enemies and destroying breakable objects.

Kirby is sporting an active tornado on his head with this ability. He will create a cyclone and speed around the area damaging any enemies that get too close. He cannot be damaged for the short duration that he is spinning around.

As you might imagine, Sword gives Kirby a blade that he attacks enemies with. In the past, Sword had only one motion, but it appears that in Forgotten Land he can pull off a flurry of strikes and do a spinning attack.