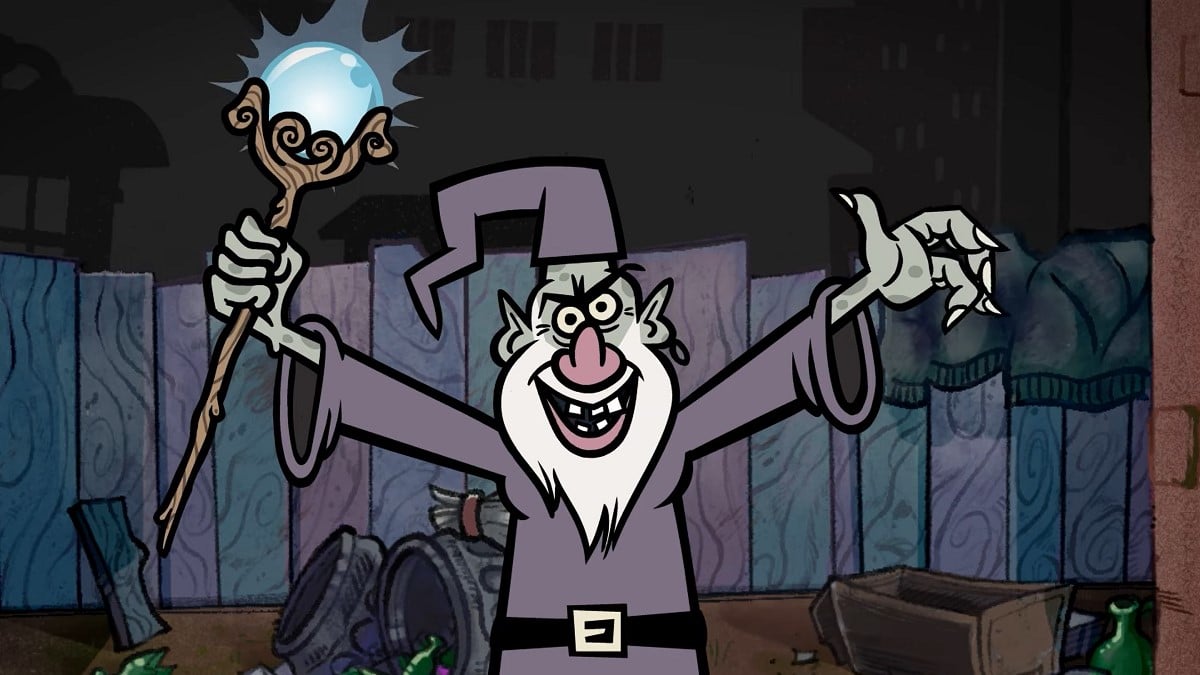 Fibbage 4 is the headlining party game in this ninth installment. In short, Fibbage tasks players with filling in a blank spot on a provided statement. The objective involves intentionally throwing others off with false answers and picking out the truth. As the fourth entry in the Fibbage series, you can expect more categories, questions, and themed episodes.

Junktopia is a new addition to The Jackbox Party Pack 9. In it, all players have been turned into frogs by some eccentric wizard. Unfortunately, he’ll only turn you back once you’ve made enough money selling various items and trinkets. In order to sell yourselves up, you need to create funny backstories for each item and how it ended up in your possession. These objects are then valued by the group based on how humorous or inventive each item’s backstory is.

Nonsensory is another new addition. It’s framed as a game show hosted by a talking monkey, which asks players to either draw or write names or titles based on a prompt. For example, you might be asked to think of a random movie title with an 80% chance of being a summer box office success.

The other half of the game asks players to guess whatever number their opponents drawings or writing should land on based on the scale presented by the monkey. For example, does this player’s book title sound like it was written for an audience of 10-year-olds or 20-year-olds?

Roomerang takes inspiration from reality TV shows, asking players to play the role of different personas. Throughout Roomerang, you build out your reality TV persona, then answer prompts based on that persona. For example, you might be asked to come up with the last words to say in a major drama-fueled fight. These answers are then voted on by the cast, with the winner of the game being the player that had won the most rounds without facing elimination.

Quixort rounds out the package with a slight twist on the tried and true order matching game. Players are given prompts, which could range from ordering the planets to grouping animals based on leg count. Each answer comes in the form of a falling block, which must be placed along a conveyor belt. If players don’t react quickly enough, they’ll end up placing an answer in the wrong spot.