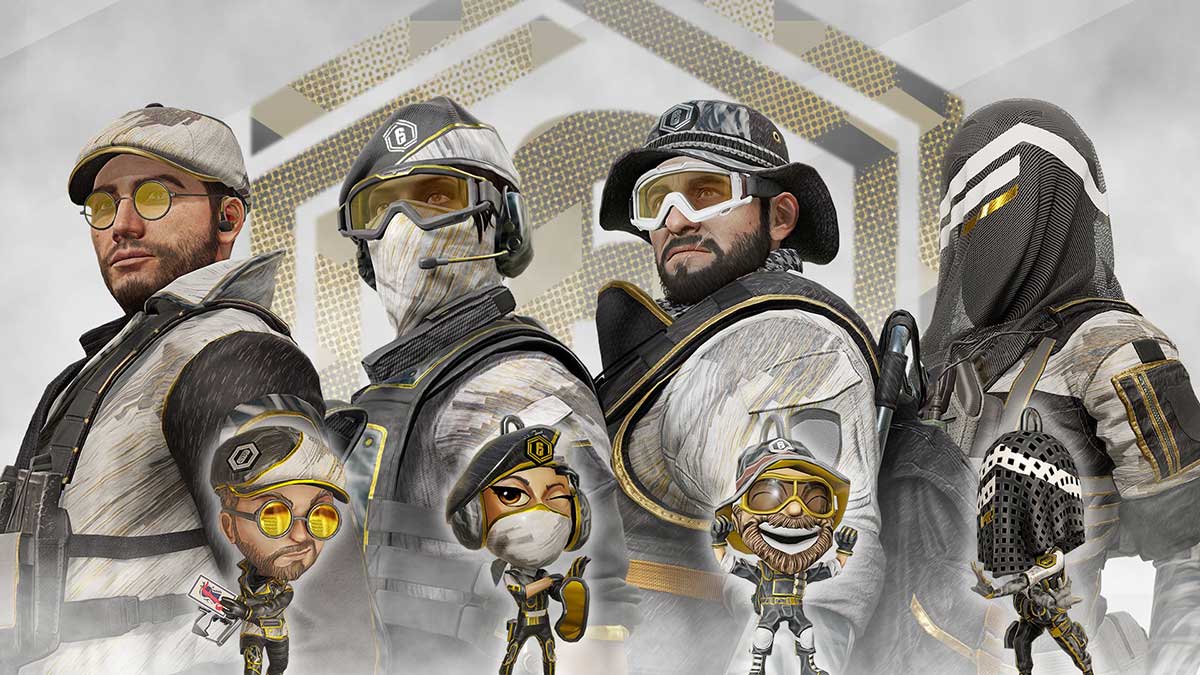 The eSports All Regions Set is a cosmetic bundle in Rainbow Six Siege that Ubisoft released to coincide with Six Invitation in late 2021. The company explained that this particular bundle has no regional identity and is instead a way for fans to celebrate eSports within Rainbow Six Siege without throwing themselves in with one team or another. This guide covers all the items you get in the bundle.

The eSports All Regions Set costs 1920 R6 Credits, equating to roughly $19.99/£15.99 if you had to buy all of those R6 Credits from scratch. It’s a steep price, but a portion of the proceeds support the Rainbow Six Circuit, which helps eSports teams grow from local competitions to the global stage. The contents of the bundle are as follows.