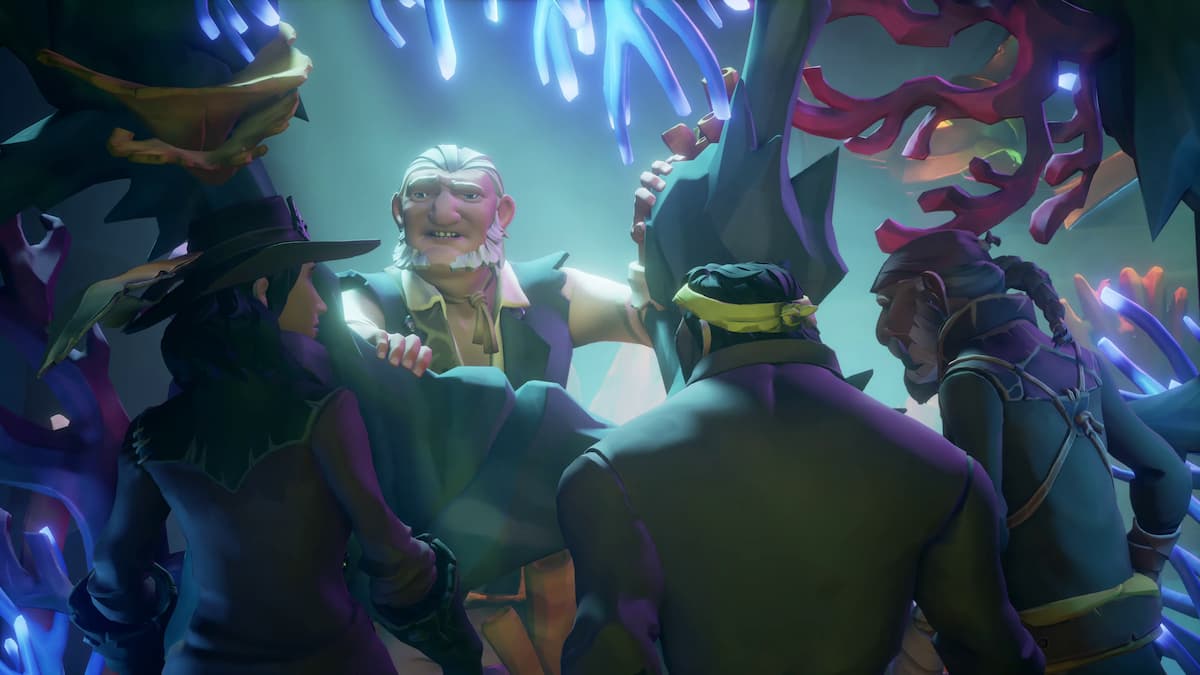 Deep underwater is a wrecked ship called the Silver Blade, resting in the Siren Citadel. The Sunken Pearl, the second Tall Tale in Sea of Thieves: A Pirate’s Life, has five journals scattered about chronicling the ship’s final days from the perspective of the Silver Blade’s captain. They can be quite hard to spot, as they are all hidden quite well.

Journals of the Silver Blade’s Captain

A Run of Good Luck

In the first level of Siren statue puzzles, go to the back of the cavern. There is a mermaid statue on the left, and to the right of that is some wooden debris. Look behind the debris to find a journal.

After completing three levels of the Siren statue puzzles, swim up and surface — don’t go on solid ground just yet, though. Swim around the right wall and look for some red rocks. To the right of them should be a journal on a stone submerged in water.

Open the large door to the Citadel at the beginning of Chapter 3 of the Tall Tale. If you don’t know which door this is referring to, it’s the one with five gems in it, and you open it using two Siren statues. Ahead on the ground will be two parts of a ship hull. Go to the left piece and swim down. You’d have to have eagle eyes to spot it first, but rest assured that a journal is down there.

From Bad to Worse

In the underwater Citadel cavern with three Siren statues, find a hole in the back right to swim down in. Look for a large wooden plank, and on it is another journal. This one is a bit more conspicuous.

Don’t Look For Us

After opening a large door with a pulley, go through and go to the next pulley. This will lower a ship’s hull to use as a platform. Get on the hull, jump the gap ahead, and follow the path until you reach another piece of shipwreck. Go inside the captain’s quarters, where you will find a journal.