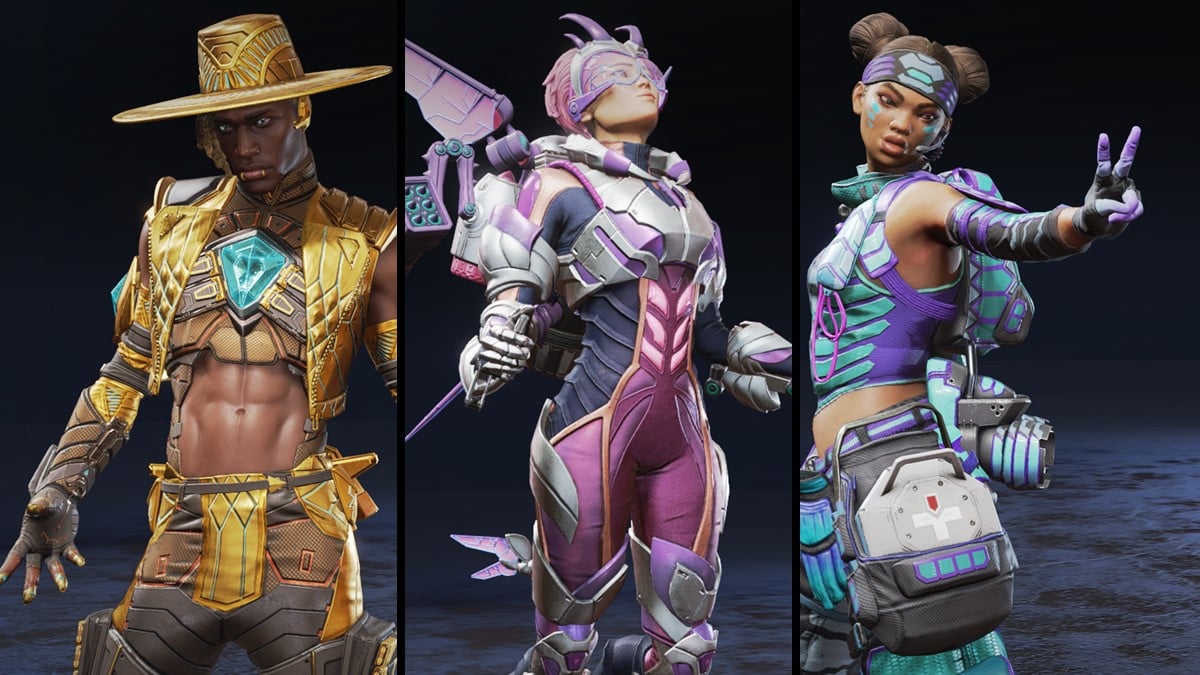 Apex Legends Battle Passes have been pretty standard in terms of Legend skins for the past six seasons — they have followed the same pattern: two Legendary skins and three Rare skins for the Premium Battle Pass, and one rare skin for the standard Battle Pass. However, Season 10 has come in swinging, with more Legend skins on the premium pass than ever before. Let’s hope this is a permanent change going forward, because we love seeing new looks for our Legends.

Season 10 Battle Pass, for the first time ever, contains eight brand-new Legend skins. Seven of them are premium only, and one is on the free Battle Pass, at an earlier-than-usual Level 45. In total, there are two Legendary skins, and six rare skins. One thing that hasn’t changed is that there are no epic skins on the Battle Pass. This is both Horizon and Valkyrie’s first Battle Pass with Legendary skins.