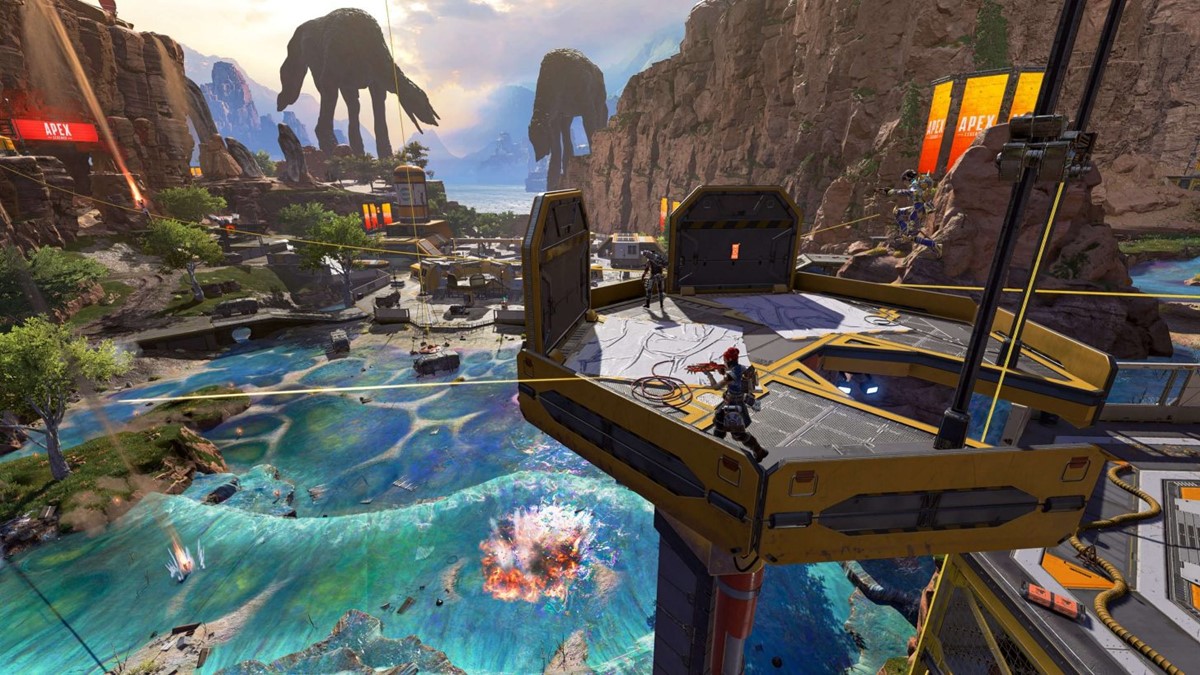 In Apex Legends, each season comes with either a new map, or a plethora of changes to an old map. Season 8 brought a whole slew of new Points of Interest (POIs) and major changes to the very first map ever put in the game: Kings Canyon. This update brings a variety of different types of changes including three brand-new POIs, major changes to an existing POI, two new structure types, and the destruction of some former POIs. Let’s take a look at everything.

The first brand-new POI is Crash Site. This new location is full of scaffolding and ramps, giving players a fair amount of vertical terrain to navigate.

The crash also offered some major changes to Artillery Battery, mainly that there is a new pathway at the northern most part and new exits within the underground tunnels.

Spotted Lakes has replaced the Slum Lakes. This new colorful POI is flooded and has a dam preventing further flooding.

Uncovered Bones is located on the brand-new northern section of the map. It will be above runoff and nearby Spotted Lakes, offering a new amount of nuance to the north western part of Kings Canyon as a whole.

There are two new structure types added to the Kings Canyon map, and one type that was removed. The removed structure type is that all of the underground loot vaults have caved in, but the two new types replacing those are as follows.

There structures are a direct replacement of the old loot vaults. They will be filled with high-tier loot that same way the prior iteration was.

These towers need to be activated by interacting with its wall panel to raise them. Be careful when you do, as they are not quiet, and the act will most likely give away your position. That said, if you can get atop one of these, it is the perfect sniping location.

The only POI that was destroyed, but not replaced, was a low-tier location: The Farm. The developers reported that it was too much of a choke point between other locations, and decided it was best to give players a little more breathing room. That said, all of that wide-open space could make for some interesting fights in itself.

Overall, this is a lot of changes in the north, but a good portion of the map will stay the same. Players will definitely be dropping up top more on launch, but it will be interesting to see over time where the most popular drop spots end of being on this version of Kings Canyon.