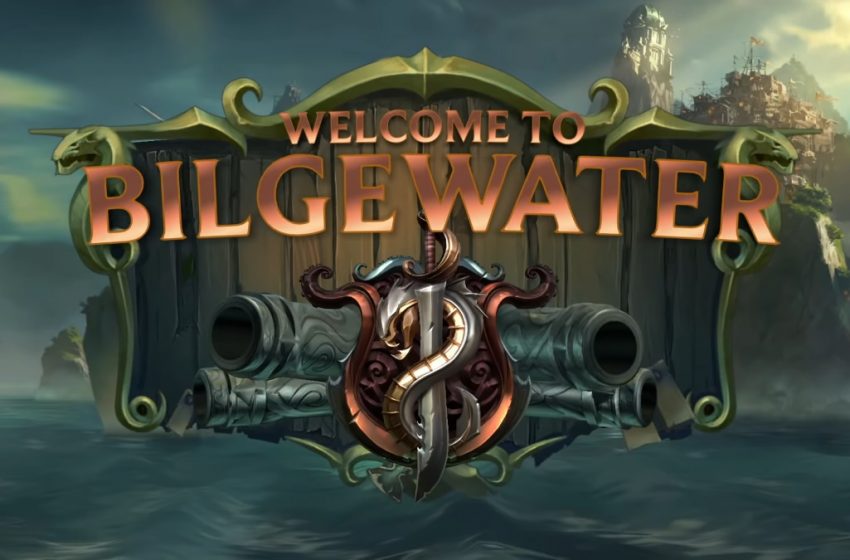 The Rising Tide update for Legends of Runeterra is a massive addition to the game. Not only does it add a brand new region, Bilgewater, to the arena, but you can expect to see 120 new cards, 60 of them originating in Bilgewater. Alongside these new cards and the six keywords coming to the game, there are 11 new champions you can play as in the game.

If you plan on using a wide variety of spells with your deck, Fizz could be a great addition to your line-up. After you use six spells, you can level him up to give him the chance to summon Chum the Waters, which is a powerful shark unit. Meanwhile, while it’s on the field, he has elusive, preventing any enemy spells from targeting him during combat.

When you bring Gangplank to the field, he comes with a Powder Keg, which increases your spell damage. However, after you use the spell, these kegs are destroyed. When you have damaged the enemy Nexus five times during the game, he levels up and deals one damage to all enemies and the enemy Nexus. He’s a great card to throw out when you find yourself being overwhelmed by your enemy’s forces.

Similar to Fizz, if you plan to use spells in your deck, Lee Sin is an excellent addition. When you have him out on the field, and you cast a spell, you give him the keyword Challenger, which allows you to pick and choose who is blocking your attacking units. You can only use it while on the attack. If you use another spell that same round, Lee Sin gains the keyword Barrier, which allows you to choose which enemy unit it blocks. After casting seven spells, Lee Sin levels up to give Dragon Rage to units he challenges.

If you’re not too fond of your cards, you can use Maokai to use the consistently use the new keyword, Toss, which allows you to remove the bottom cards from your deck each time you play another ally during your rounds. When this happens, Maokai also summons a Sapling. After Tossing 25 times, Maokai levels up and casts Obliterate, leaving four non-champion cards in the enemy’s deck. If you want your enemy, and yourself, to be out of cards and options, Maokai is all about it.

Miss Fortune is all about utilizing those around her and helping them succeed. Whenever her allies attack, she deals one damage to the enemies and their Nexus. She levels up after others have attacked at least four times. When she levels up, she gains the keyword OVerwhelm, which, when this unit attacks and kills an enemy, the difference between their attack power goes directly to damaging the enemy’s Nexus.

Nautilus is all about the new keywords in Legends of Runeterra, and you can expect to see it widely used by players wanting to jump straight into Bilgewater. It copies any four-plus cost minions and brings them back into your deck. However, the big thing is that he relies on being Deep. Deep is when a player has less than 15 cards in their deck, so you may have to wait for Nautilus to enter the fray and become entirely useful.

Each time Quinn attacks, she summons a weaker unit, Valor, to the field. Because Quinn is a Scout, you can expect to see her attacking quite a bit. What’s better, when she levels up after you’ve attacked four times with her on the field, her Valor unit gains the Challenging keyword, which allows them to challenge the strongest enemy on the field, giving Quinn an opening.

When you first play Sejuani, you can apply the Frostbite and Vulnerable keywords to an enemy during that round. The first reduces an enemy’s attack to zero, and while Vulnerable, you can force that unit to block, even if they usually cannot do so. When Sejuani levels up after damaging the enemy’s Nexus five times, each time you attack the enemy’s Nexus each round, all enemies receive the Frostbite trait, lowering their attack power to zero.

Swain goes straight for the enemy’s Nexus, dealing three damage to it. Because of his Fearsome keyword, he can only be blocked by enemies who have three or more power to them, unless an enemy with lower power is forced to block him. He levels up after you’ve done 12 non-combat damage in a game, allowing him to stun the strongest back row enemy whenever you deal non-combat damage to the enemy.

Twisted Fate introduces destiny cards to your deck. These cards are unit them to them, having a unique effect on them. What’s more, they cost nothing to cast, giving you even more flexibility against your enemy. After you’ve drawn eight cards with Twisted Fate on the field, he levels up, and the first three times you play a card with him out there, he plays a destiny card.

The final champion coming to the Rising Tides update is VI. While she’s in play or your hand, she gains a +1|+0 whenever you play a new card (to the max of +8|+0). When you strike more than 10 times, she levels up, and each time she strikes a unit, she does five damage to the enemy Nexus.