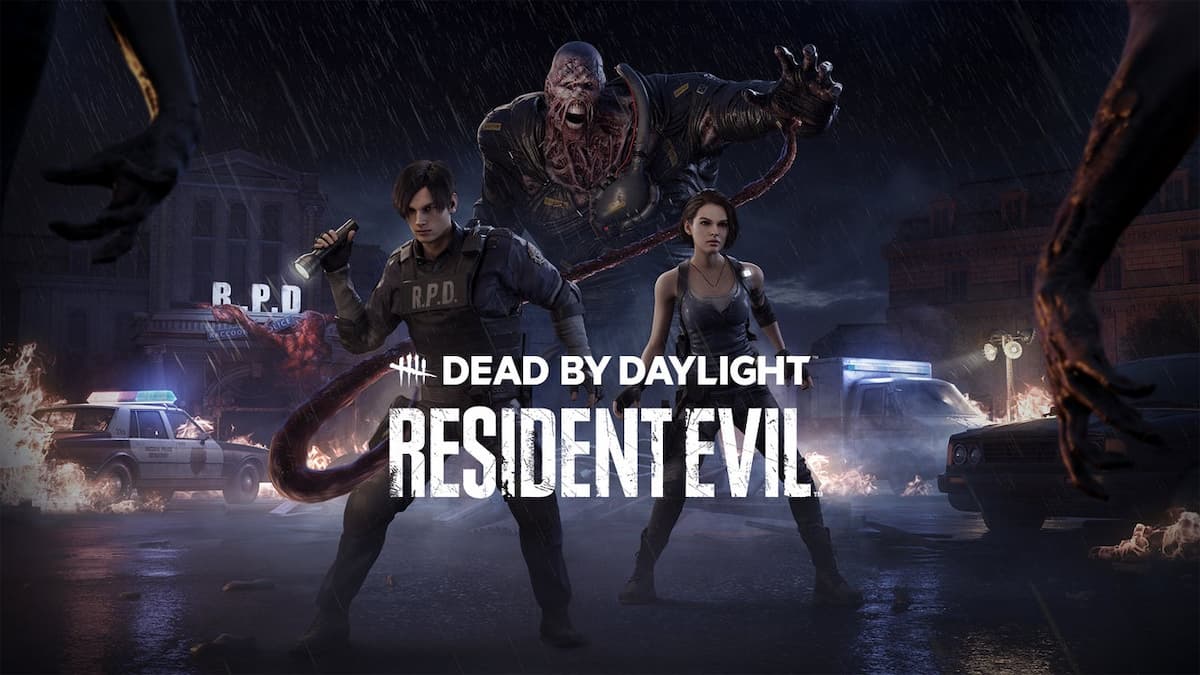 Dead by Daylight’s next chapter will be a crossover, bringing well-known characters from Resident Evil into the game. Nemesis will be added as a killer, and Leon and Jill will be added as survivors. If you are playing on PC, you can jump into the PTB and play them already.

In this guide, you will find all the perks for Jill, Leon, and Nesmsis so you can jump into your first match with as much knowledge as possible.

When direct combat isn’t an option, you still find ways to strike back.

Effect: This ability only activates after completing at least 66% of repair progress on generators. It installs a trap that reveals the aura of the generator to all other players. When the Killer damages a trapped generator, it stuns them and blinds anyone nearby. Only one trap can be active on a generator.

You know how to withstand an enemy stronger than you, and it starts with hunting down and knocking out their support.

Effect: 20% increase speed while cleansing Totems. After cleansing a Totem, you see the aura of the Totem furthest from you for 2 seconds and receive an additional 20% speed boost to cleansing Totems for the remainder of the match.

You’ve come back from near impossible odds and you’ll do it again.

Effect: You instantly receive 40% healing progress after being unhooked or unhooking yourself.

Pain hurts you as much as anyone, but you’d prefer others don’t know that.

You’ve adapted to a world in chaos and making what you can from the debris.

Effect: Only takes effect after completing 70% progress on any generator. It allows you to enter a locker while empty handed and press the ability button to craft a flash grenade. Flash grenades have one charge, detonate with a loud bang and flash, create a noise notification, and can be used to distract or blind the Killer. Flash grenades are left behind when you leave the trial.

You keep a careful eye on objectives when they’re slipping away.

Effect: When you complete five good or great skill checks while repairing generators, Rookie Spirit activates for the remainder of the trial. Once it activates, you can see the aura of regressing generators.

You’ve been designed to track down and eliminate targets.

Effect: At the start of the trial, the auras of all Survivors are revealed to you for 5 seconds.

You know how to brutalize one member of a team to cause a panic.

Effect: Whenever you put a healthy Survivor in the injured state with a basic attack, all injured Survivors suffer from the Oblivious status effect for 20 seconds. Can only be triggered once every 60 seconds.

The NE-a parasite provides you with the intelligence and awareness needed to set a trap.

Effect: After kicking a generator, its aura is highlighted in yellow. When you put a Survivor in the dying state with a basic attack, every affected generator explodes, regressing their progress by 6% and causing their auras to disappear. Any Survivor repairing a generator when it explodes will scream and suffer from the Incapacitated status effect for 10 seconds.