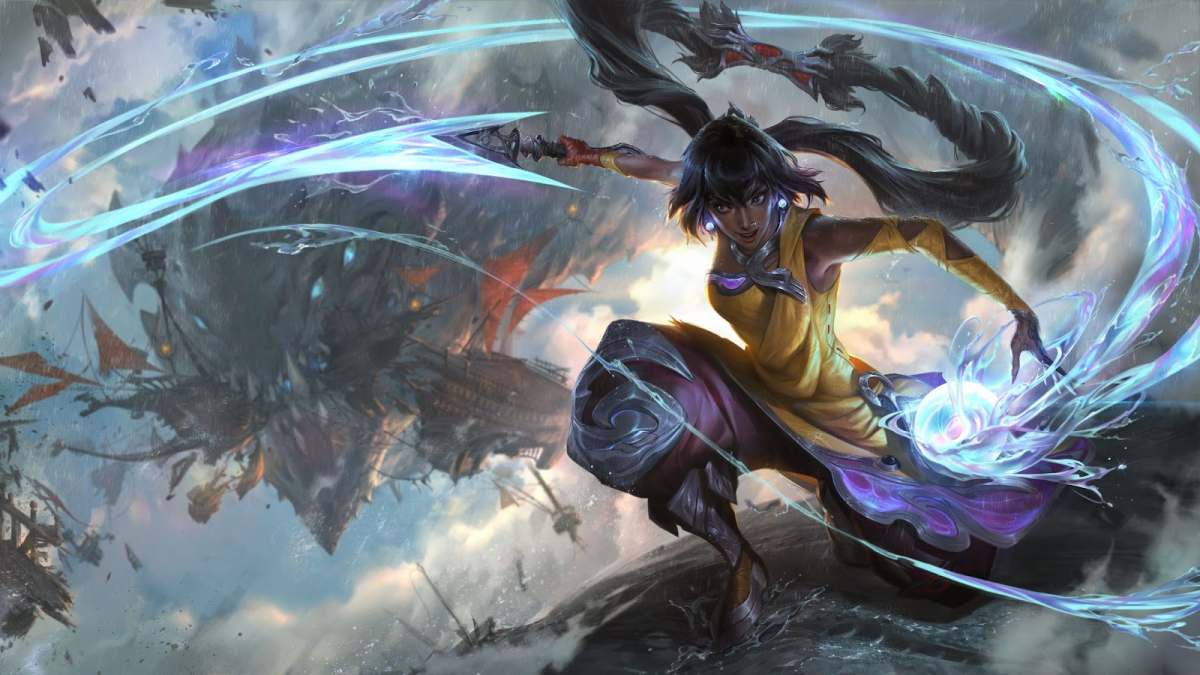 Nilah is the latest new Champion added to League of Legends, and she fills a very rare role in the game’s meta as an economy support. With her Joy Unending passive ability, she ensures that her team farms fast, as long as she’s not alone in the lane. On her own, she is a dangerous duelist who can defeat enemy Champions with good positioning and ability timing. Here are all passive and active abilities used by Nilah in League of Legends.

All Nilah abilities in League of Legends

When Nilah last-hits minions, the nearest friendly player gets 100% of the XP for the kill, rather than the normal 50%. When friendly champions grant Nilah shields or healing, she gains additional bonuses. Whenever a healing or shielding ability is cast near Nilah, she makes all healing effects apply to both the caster and herself.

When she uses this ability, Nilah unleashes a damaging wave, hitting all enemies caught in the line. If an enemy Champion is hit, Nilah’s attack range and attack speed are temporarily increased, and her attacks gain a cone-shaped area of effect.

​​Formless Blade is also the second passive in Nilah’s abilities in League of Legends. Her attacks and abilities partly ignore enemy Champions’ armor, and heal her for a percentage of the inflicted damage; this effect scales with the Crit Chance stat. If Nilah receives healing that goes over her max HP, the bonus HP becomes a shield.

When casting Jubilant Veil, Nilah envelopes herself in a cloud of mist, causing her to briefly gain movement speed, reduce incoming magic damage, and dodge all incoming basic attacks. Touching an ally Champion hides them in the mist, granting them the same bonuses for half the duration.

Slipstream allows Nilah to dash through a target unit, damaging all enemies she passes through. The ability has two charges, and she can use her Q while dashing.

When casting her Apotheosis ability in League of Legends, Nilah becomes a deadly whirlpool of blades, pulling enemies closer and damaging them. At the end of the ability’s duration, it unleashes a powerful damaging burst and heals Nilah for a portion of all damage inflicted. Any passive healing and shielding gained with this ability are also applied to friendly Champions nearby.

Related: Is League of Legends coming to Xbox? Answered