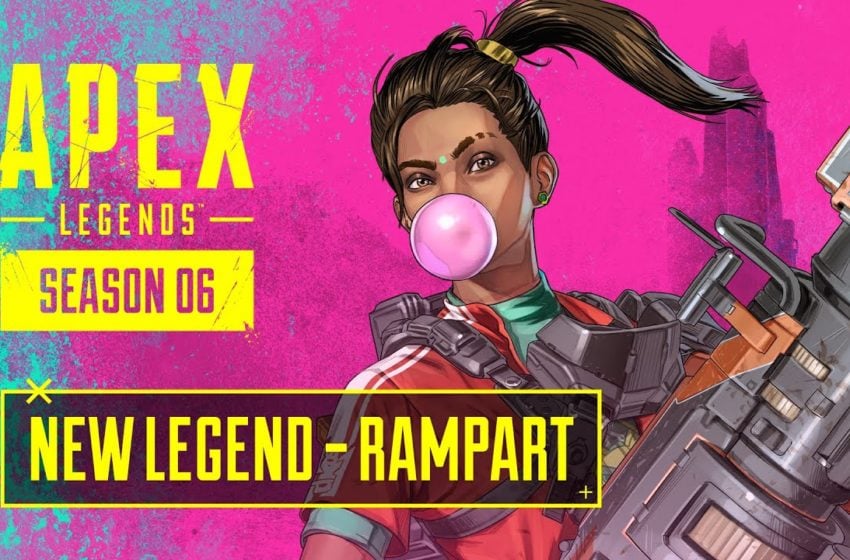 Like of all the seasons so far, Season 6: Boosted has brought us the newest Legend: Rampart. Ramya Parekh, or Rampart for short. Our newest defensive type Legend and her set of abilities are going to shake up the game for sure.

Here is a breakdown of all the abilities that Rampart is bringing to the Apex arena.

Rampart is built to melt through the competition, her passive ability gives her an increased magazine capacity not only for her ultimate (Emplaced Minigun “Sheila”) but also for any light machine gun she uses. This includes the Devotion, Spitfire, and L-Star. It’s good to keep this in mind while selecting her, you may want to prioritize LMGs over other weapon options.

This tactical is unique because it creates a physical wall that can stand between you and your opponent. The lower half of the wall is crouch-cover, preventing damage from both sides if crouching, while the upper half is an energy amped wall that blocks incoming damage and powers up outgoing damage. This works especially well in combination with Rampart’s ultimate.

Rampart’s ultimate ability places down a mounted Gatling style machine gun with a huge ammo magazine, which is even bigger when used by Rampart herself due to her passive. There are two downsides to the weapon: the reload time is very long, and anyone can walk up to Sheila and use it if you abandon your post. Beware an enemy Rampart getting access to your ultimate.

Rampart’s gun, similar to how Wattson’s reactor, is not part of her hitbox. Take advantage of that when you can. All in all, rampart’s abilities add a flash of something new to Apex, and she’s certainly not shy about it. You ready to wreak some havoc?