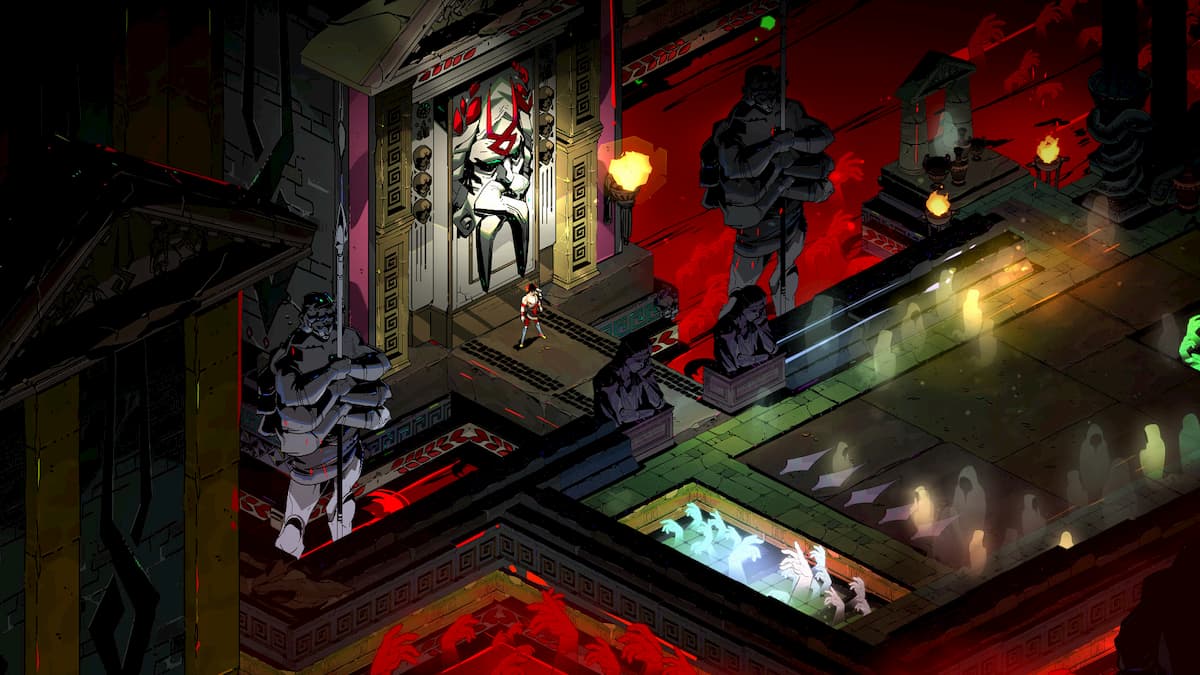 Hades is a hectic rogue-lite adventure where you play as Prince Zagreus, the son of the Greek god of the underworld, Hades. Zagreus attempts to try and escape the dark abyss time and time again, becoming stronger with items and weapons following each attempt. There is a cast of characters you can interact with along the way, such as the other Greek gods, Zeus, Poseidon, Hermes, Aphrodite, and many more, and other Greek epics, such as Achilles. If you play your cards right, some of these individuals become love interests for Zagreus.

Here are all of the available characters you can romance in the game.

You go about the same method to romance these characters, so it’s not too complicated. It starts with providing them Necter, which you can do with nearly every character you encounter in the game. When you initially gift Necter to a character, they provide you with a keepsake, and you can use it on any of your escape attempts to give yourself an additional bonus. The more Necter you give a character, the more favor your increase with them until you maximize it out. From there, you must complete a favor for them, and after completing that, you can give them Ambrosia for an additional gift.

After completing all of the tasks and requirements for any of the characters listed above, return to Zagreus’ bedroom and approach his bed. You have the option to complete a full relationship with that character, and you can choose to pursue one with all three of the characters without any consequences. Of the three, Dusa will approach Zagreus and say she is not looking for an intimate relationship, and will agree to be a lifelong friend of yours. Dusa will also offer to return all of the Ambrosia and gifts you’ve given her. While you can take them back, refusing them is also an option. Both options have the same outcome, and there are no consequences.