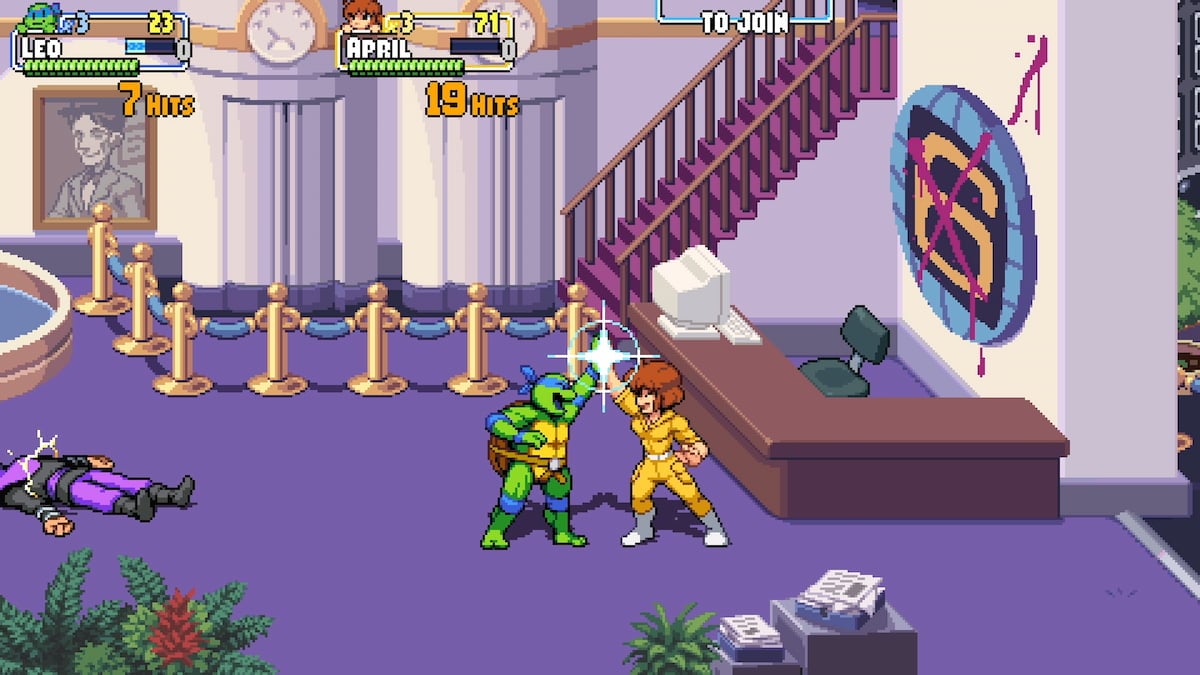 The Secret Diaries in Teenage Mutant Ninja Turtles: Shredder’s Revenge belongs to Irma, April O’Neil’s best friend, and colleague at Channel 6 news station. The two work together often, and Irma helps out as much as she can with the problems the turtles encounter. You’ll need to find her five diary locations to complete one of the many collectibles awaiting you in the game. In this guide, we’ll cover all Secret Diary locations in Teenage Mutant Ninja Turtles: Shredder’s Revenge.

You can find five secret diaries in TMNT: Shredder’s Revenge. They appear in the second, fourth, fifth, sixth, and seventh levels.

The first Secret Diary you can find will be on the second level. Here, you want to make it to where you’re outside a garage, with a Foot Ninja in the driver’s seat. There will be a blue mailbox to the left, and if you destroy it, the Secret Diary will drop on the ground for you to grab.

You can find the next Secret Diary in the fourth level. It will be available closer to the start of the level. There will be a park bench with a toucan on it and a trash can to the right. Break the trash can, and the Secret Diary will drop on the ground.

You can find the fourth Secret Diary on the sixth level while progressing through Crystal Mall. You will find it close to the start of the mission. After breaking down the brick wall to enter the mall, there will be a kitchen and then a Taco restaurant before you enter the rest of the mall, with a garbage can to the left of the Taco place. Destroy the trash can to find the Secret Diary.

The final Secret Diary is on the seventh level, on the rooftops. You will find it right next to the starting area when you begin the mission. Make your way to the edge of the first rooftop, but do not go across it. There will be a toolbox on the top area you need to destroy to find the last Secret Diary.

Once you have all the Secret Diaries, you must return them to Irma. You can find her during the second mission of Shredder’s Revenge.