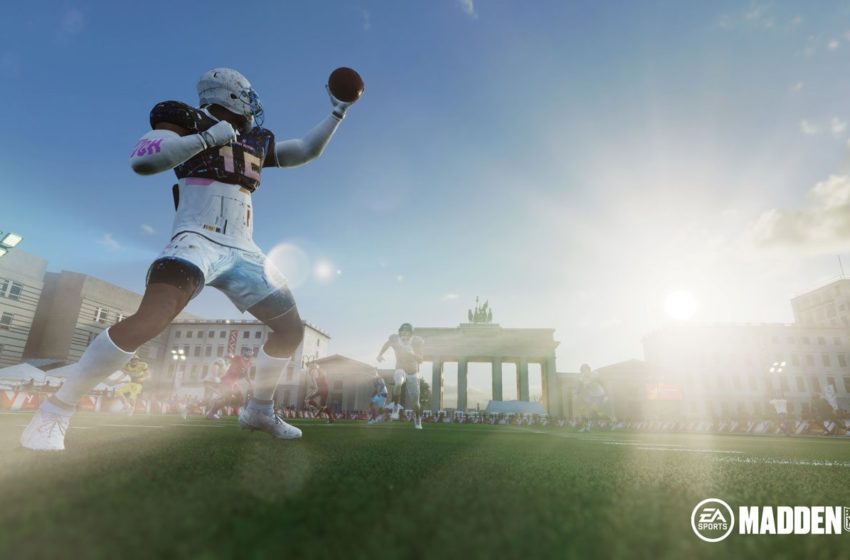 There’s something special about how EA Sports deliberately chose the settings they did for each The Yard field. They’re much more realistic than the pavements played on in NFL Street. Each of these locations is practice fields near major sports stadiums, where ideally we could see an actual game of backyard football happen. Although, the real question is where do you want to see your games happen? You may answer based on the look of each field, but they also hold their own rules of play.

Lambeau Tailgate is exactly what it sounds like. This venue is located near the parking lot of the Packers’ Lambeau Field and has some of the most conventional rules compared to other locations, so far. Users, whether offline or online, will have three drives to score as much as they can, with each first down being 20 yards from each other. There is also a one-second-long blitz timer, which may play a role in how you choose your players.

Plastered in the Dolphins’ colors, Miami Port is surrounded by ships and stacks of crates. So, it isn’t as pretty as you would imagine and neither are the rules. Your team will not have the luxury of achieving first downs. Instead, you’ll begin at your own 20-yard line with it being 1st and Goal. It’s a hard pill to swallow, but you’ll have three drives to attempt to score. This location’s opponents tend to be those who’ve grown up in Florida or had big impacts for one of the state’s NFL teams.

F.O.B is short for Forward Operating Base, but its exact location is unknown. This is where you will go up against NFL rookies and former combine stars. It’s fitting as this yard is mostly for beginners learning the controls. The rules only consist of you participating in one offensive or defensive drive, so think of it as a short tutorial. It’s also an easy one when you’re on defense, as the pass rush timer only lasts one second.

The mother of all challenges awaits you at Berlin, Germany’s Brandenburg Festival field. Players will go up against only the best modern-day Pro Bowlers, along with the legendary Ray Lewis. To complicate things, Brandenburg mixes the rules of both Miami Port and Lambeau Tailgate. You only have one drive to score, but you can get first downs along the way.

In a Gridiron Notes post by EA Sports, it mentions, “who knows what unique rules we will come up with for future locations.” So, there is likely a handful of more venues to come, especially some outside of the United States, with EA calling Brandenburg “the start of your world tour.” However, the statement makes us less hopeful that we can customize each field’s rules in the near future.