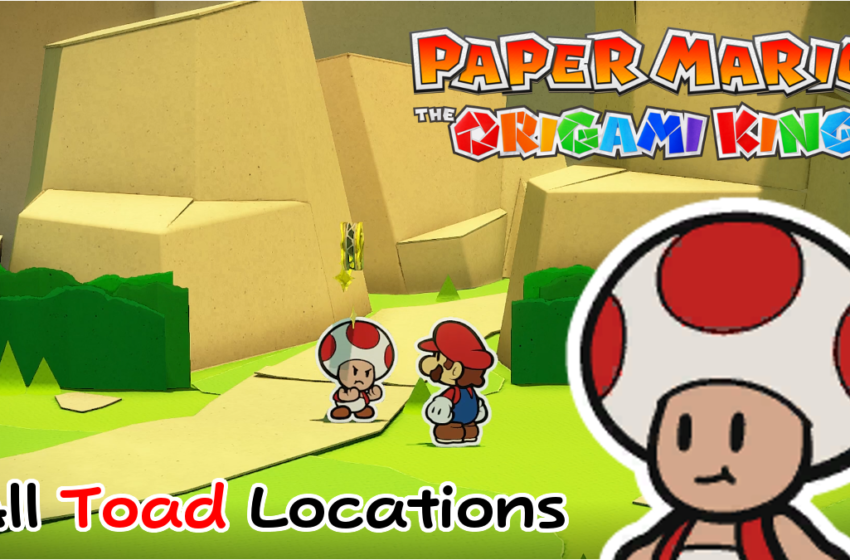 Just like with previous entries in the Paper Mario universe, Nintendo is tasking players with finding and helping hundreds of Toads scattered across its vast world to help them in battle and unlock concept art in the Museum.

These Toads are vast in scale and some are really hard to find, causing the player to backtrack and find stupiud collectibles and items in other parts of the world to link with powers they have unlocked to capture them all.

Thankfully there is a Toad Radar that you can pick up to help you find yourself later in the game if you want to, but if you find yourself wanting to collect them all far quicker and easier, then we are here to help.

With that in mind, here is where you can locate each Toad per area in The Origami King.