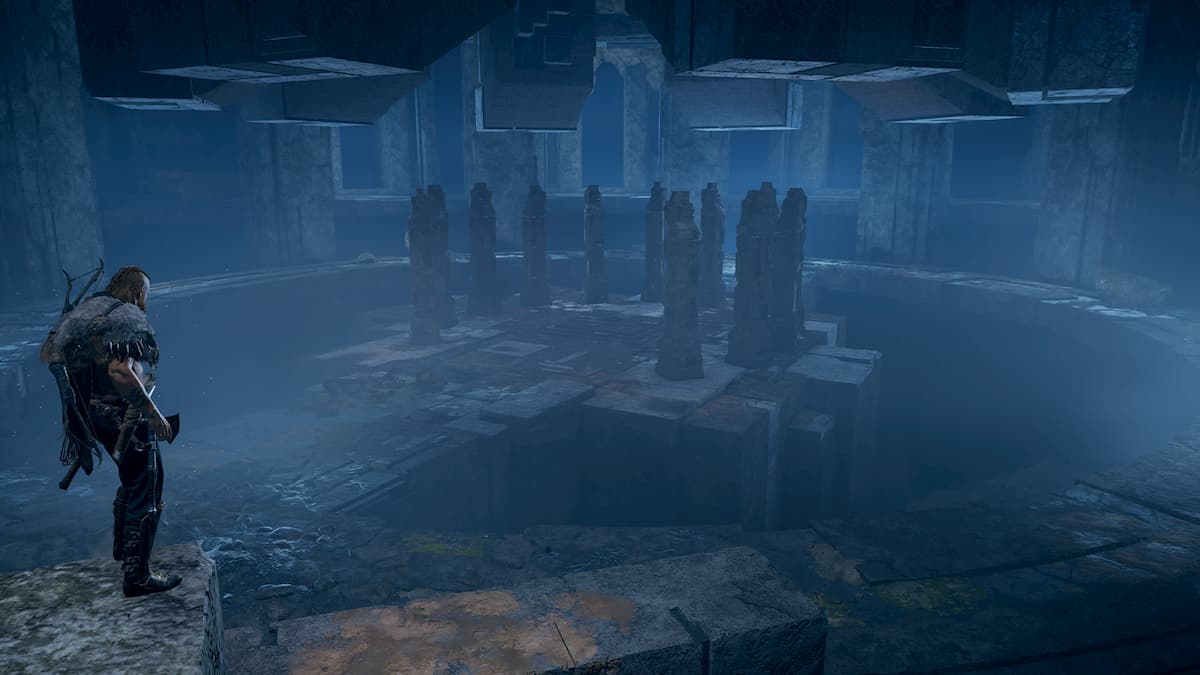 There are several noteworthy items you can earn in Assassin’s Creed Valhalla. You can wear pieces of Thor’s armor by completing various challenges, and with them equipped, you can wield his hammer. For those who know how to place all the pieces together, you can also earn the chance to equip King Arthur’s great sword, Excalibur, and use it in combat. The sword is mighty and is a great two-handed weapon. But there are several steps and things you need to do before you can hold it.

All Treasure of Britain locations

The first step is to find all 11 of the Treasure of Britain. These are tablets that you can find in the world, and a handful of them are carried by powerful Order of the Ancients zealots.

Treasure of Britain at Grime’s Graves

The first Treasure of Britain you can find in Grime’s Graves, in East Anglia. It’s to the south of Brisleah Farm. You need to jump down into the cave, venture to the end, and find it sitting on a table before the exit. You’ll need to break the jar containing it before you can loot it.

Treasure of Britain at Old Cellar

The Old Cellar is a location in Essexe, to the south of Colcestre. You want to venture into the mouth of the cave and parkour your way to the end. Once you reach the end, Eivor will enter a cellar to wonder if all the casks are still full. You will need to take out your bow, fire at the casks to open them, and pour out enough wine for the tablet at the center to rise. You can grab it once Eivor comments about how they can grab their prize now.

Treasure of Britain at Cave of Trials

If you enjoy puzzles, the Treasure of Britain hidden in the Cave of Trials is a treat for you. You can find it to the far east of Canterbury, in an abandoned house. You’ll need to obtain four different keys inside the cave using your parkour skills to reach them. After that, there’s a moving rock puzzle where you’ll need to position the stones to the correct locations to reach the next area. Once you obtain your tablet, you’ll also have received a small ingot chest with some titanium for your trouble.

Treasure of Britain at Santlache Mine

Like the others, the Santlache Mine in Suthsexe is another adventure into a dark cave. You can find it just outside of Cent, on the west side. When you arrive, go into the mine shaft immediately on the right and destroy the rock wall. If a rock wall ever blocks you, look for an oil jar nearby to set in front of it, and destroy it. There will be a point where Eivor comments about being left a challenge, and that will mean you need to dive into the water and swim until the other end. You want to use almost all of your lung capacity to reach it. Once there, the tablet will be sitting between some rocks.

Treasure of Britain at Wiccan’s Cave

There’s another Treasure of Britain at Wiccan’s Cave, which you can find south of Olikana Tower in Eurvicscire. The location for this tablet is a little bit trickier to find compared to the other ones. You can complete the cave, but it won’t directly be given to you as the previous tablets had been. When you enter the cave, go through the first room and make it to the other side. If you’re having trouble climbing, try to only climb near the locations with rock. Eivor cannot climb ice walls.

After you reach the other end, proceed through until you reach a small lootable area where there’s a note of a witch’s curse. You need to look above the note to see a breakable ice wall. Take out your bow to break it, climb through it, and the tablet will be behind the house. The door will be barred. To get around it, break the doors to your right, break the wood, and then shoot an arrow at the oil jar inside the house. It will destroy the rock wall on the other side, giving you a better angle to shoot the lock off the door. There are wild boar on that side you need to take out. After you break the lock, you can grab your tablet.

The Deoraby Spar Cavern is a little bit faster than the other caves. You can find it to the east of The Sleeping Jotun fast travel point. All you have to do is perform a bit of rock climbing and make it to the cavern’s other side. There is not too much creativity here on your part or any complicated puzzles. The tablet will be on a stone altar at the end.

Treasure of Britain at Wocig

The Wocig cave is northeast of Chepcham, right next to a fast travel point on the map. Inside the cave, you’ll be given a boat to ferry across through the water. When you reach the boat where the boat cannot go any further, look to your right. There will be a cave wall with metal hooks in it, and it’s covered in white paint. Climb here, and follow the path to the top and around. You’ll arrive at the entrance of the tablet, but a metal gate’ll block you. Go to the left, and inside the next room will be a few gaps you can go through. Make sure to destroy it from a safe distance as there are several oil jars here that will explode.

The Red Lichen Cavern was likely given its name due to the walls being covered in red. You can reach the mouth of this location by going to the east of Wincestre. Like many of the other caves, there’s not too much you need to do here. You’ll know you’re going on the right track by the green poison expelling from the sides of the wall. When you enter the room where the tablet is, take out a torch and throw it at the poison. The gas will explode, giving you a little bit of time to progress through the cave and to grab the tablet at the top.

Now that you’ve located all of the tablets hidden in the caves, your next task is to take on the zealots that hold them. There are three. They have a power level of roughly 250 and 220, so you can expect a tough fight ahead of you.

The next zealot is Woden. They patrol the west part of Cent, and you can find them along the roads leading to Canterbury.

The final zealot is Hrothgar. They patrol through Suthsexe, typically in the south, over by Anderitum Hideout, and Santlache Mine.

Where to get Excalibur – Myrdinn’s Cave

Once you’ve completed all of the caves and killed all of the zealots, you need to go to Myrdinn’s Cave, which you can find in Hamtunscire. It’s south to a fast travel point, to the southeast of Uffentune. There will be a cave that you can wiggle into, and you’ll need to do a few parkour jumps to make your way through it. Eventually, there will be a pool of water you need to dive into and swim to the other side. When you reach the large cavern, work your way to the right, and you’ll find more of the polished stone all over, and then you’ll have to do more parkour jumps.

At the end of your journey will be pillars you need to place each tablet at. Once you’ve placed all of the tablets, you can pull the sword from the middle of them and claim Excalibur as yours.