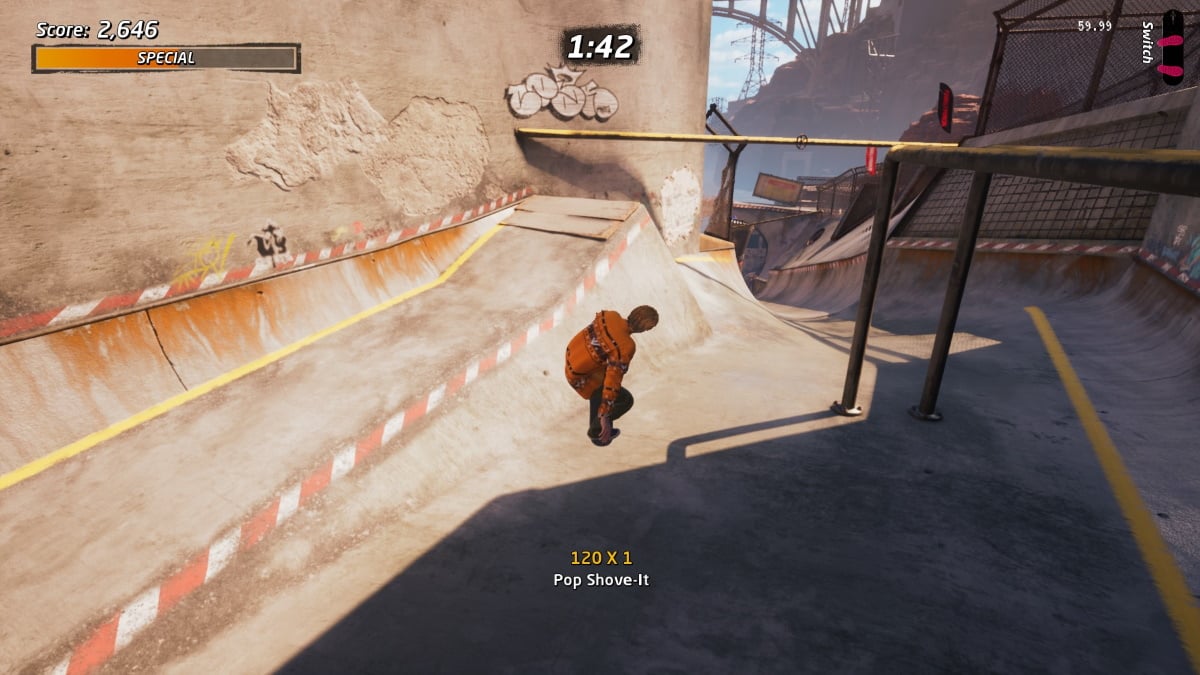 There are small valves in the Downhill Jam course of Tony Hawk’s Pro Skater 1+2 that you need to destroy. These valves are cleverly hidden in the course, making them blend in the background to find them a bit of a pain. Here’s the breakdown of all five of them to make finding them significantly easier.

All valve locations in Downhill Jam

The first pipe is right at the start of the course. If you don’t look for it, it’s extremely easy to miss. It’s on the pair of pipes to the right of you, immediately when you start the course. To get it, jump off the ramp, grind any of the pips, and you can knock the valve off the end of them.

The second valve is on a small ramp, pretty close to the start. Rather than grind down the pipe on the right side, stick to the left, and you should see the ramp with the valve in the middle. The valve doesn’t block your path. You destroy it, instead.

The third valve is a bit trickier to find. It’s on the higher levels of the map, and if you don’t look up, you might miss it multiple times. The valve is sitting right in the middle of a pipe. You want to stick to the left side of the course and wait for a large ramp on the side. It should be right before a pipe. Make it to the ramp, jump onto the pipe, and grind on it destroy the valve.

The next pipe is at the top of a large canister, overlooking a sign that reads, “Steer Clear.” There are two ways to get his valve. The first is to go down the hill, hit the middle ramp with a large jump, and go right over it. The second is to go around the back of it and use the back ramp to go over it. Either method works.