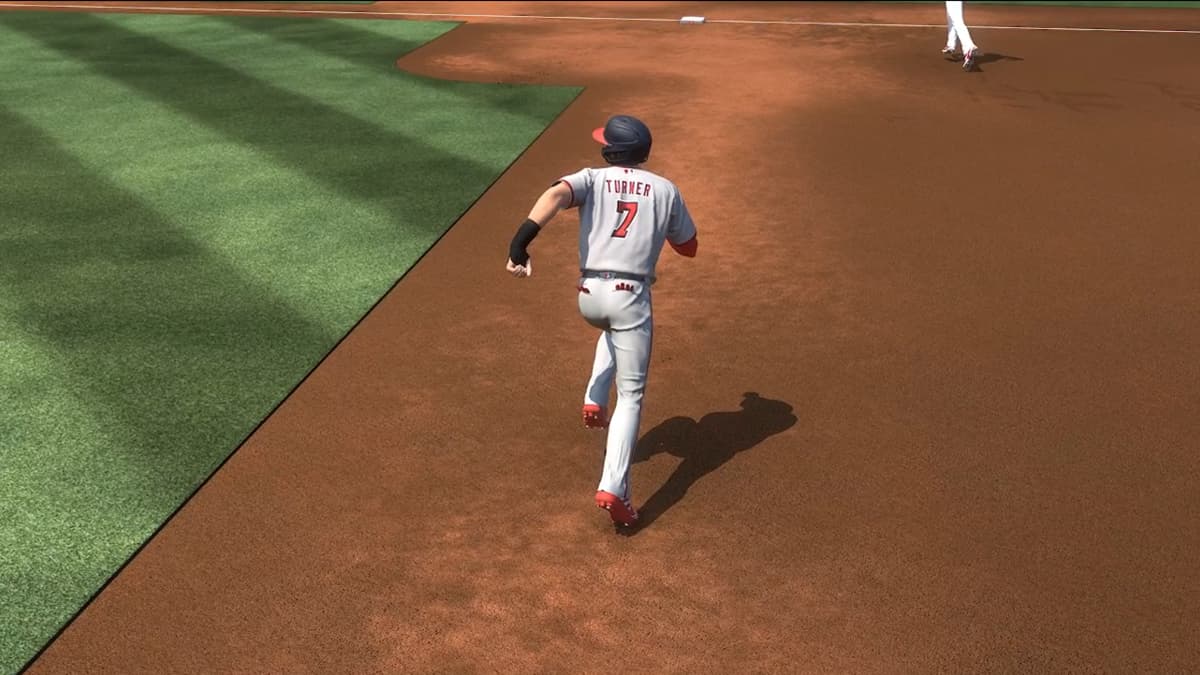 Everyone loves to break down and examine what a baseball player does in their craft to succeed on the field. While it may not be as prominent as it used to be, baserunning is a vital part of the game that can decide whether you win or lose a matchup. Great baserunning will steal you a couple of extra runs, while bad baserunning will lose them. Here is a beginner’s guide to baserunning in MLB The Show 21.

Baserunning is a bit different depending on what game mode you are playing in. The controls will vary between whether you are controlling the whole team or just one player.

If you control an entire team, you can set where your baserunners go by the face buttons or the bumpers on your controller. The left bumper will tell all runners on base to advance at once, while the right bumper will retreat. By pointing the left stick in the direction of a runner and selecting the corresponding base on your face buttons, you can direct them to run to a specific base. For example, if you press the stick in the direction of a runner near second, you can press X on PlayStation or A on Xbox to have them run home. If tagging up on a sacrifice fly, you can click the left bumper to advance only the runners who have tagged up. You can see where all runners are by looking at the diagram in the top right.

Stealing will rely significantly on timing and not getting picked off by the opposition. Before the pitch is delivered, you can advance the lead of your runners by tapping the left bumper or reduce the lead by tapping the right bumper. To send all runners on a steal, tap the left trigger, and they will run as soon as the pitch is delivered. However, this method of stealing isn’t entirely reliable as you are relying on the AI to time up the pitcher and catcher. To manually take over, hold the left trigger, and you will feel a slight vibration. Now your runner will take off as soon as you let go of the trigger, whether the pitch is delivered yet or not. If you go too early, you are bound to be picked off easily. To have one specific runner steal, push your left stick in the direction of that runner and use either of the methods above.

When you control one player like in Road to the Show and Diamond Dynasty’s Moments, baserunning is quite different. First, to advance on the path, you need to push your left stick up. Down will tell your player to retreat. Like with the bumpers in team games, you will keep running in either direction as long as you hold that way down. The camera can be a bit of a problem in these games, so hold down the left trigger to change the view to a higher vantage point and see where the ball is at all times.

Stealing is also quite different when locked into one player. To increase your lead, press the right bumper and left bumper to decrease it. To attempt a steal, push right on your left stick to begin running. Be sure to watch the pitcher in this vantage point. Wait for them to lift their front leg and press right as soon as they do to get the best jump. If they try to pick you off, you have to push left on the left stick to dive back to the bag. If you don’t, your character will stand there as the throw comes in.

Sliding is only slightly different compared to team control games. As you head into a bag, the AI will decide when you will slide but is a little more dependent on you. To slide, you need to hold down the left bumper and push the right stick either up or down to slide head first or feet first.