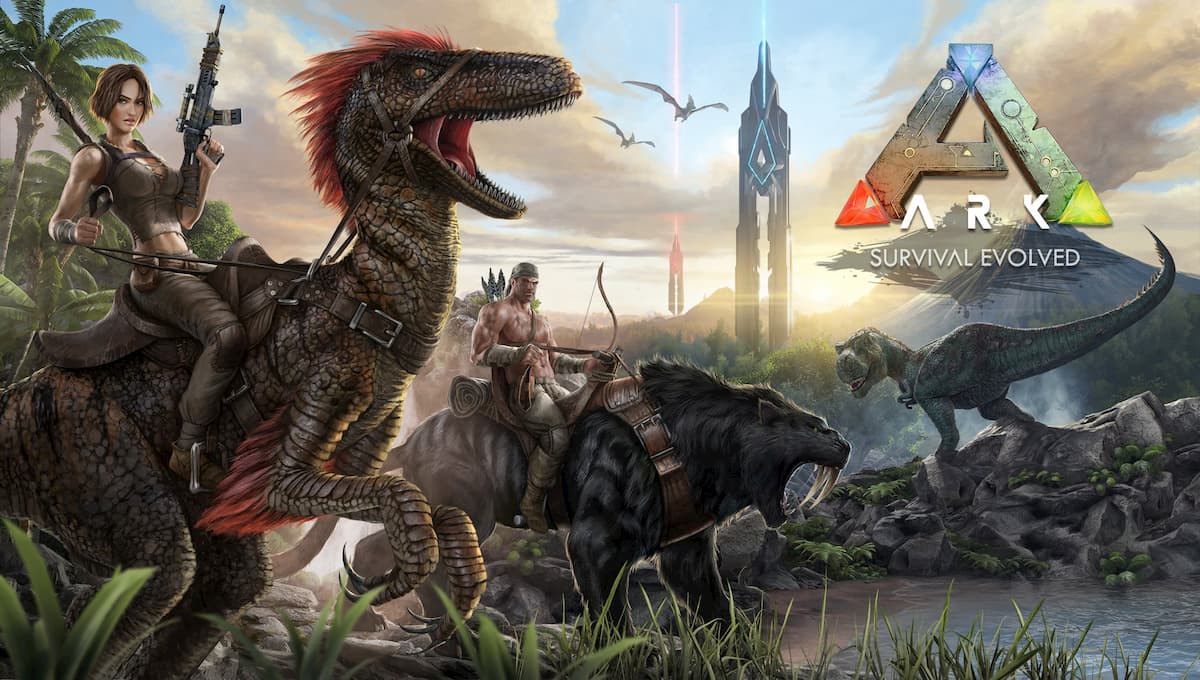 Each map in Ark: Survival Evolved has its own story, animals, and environment. It makes the maps unique, but limits the gameplay. If you want to tame a Managarmr, you need to be on Extinction, but if you also want a Bloodstalker, you’ll have to play on Genesis. In vanilla, you will never get both. Custom maps remove the limitations, add their own stories and creatures, and expand the experience of Ark.

Amissa is a large fantasy inspired map that is slightly larger than the Island. It features custom spawn points based around abandoned fantasy cities; mountain wyverns that are knock-out tames; hidden islands; and more. It is not complete and in some places feels empty. The oceans are barren compared to other maps. And in some places, while there are animals spawning, there are no resources. It has a couple custom creatures. The mountain wyvern is a non-hostile wyvern that can be knock-out tamed. It also lays eggs that can be taken, but will make adults around it hostile. The mountain wyvern has a speedy, griffin-like dive mechanic. The map also features a macaw argentavis. Similar to the mountain wyvern, it’s a non-hostile argentavis that will show up around spawn points.

Caballus is an equestrian themed map. Drops have been reskinned to be abandoned campsites with saddles and tack; large horse statues cover the area; horse sound effects added to the ambient sounds; many horse spawns; and unique unicorns with color regions. The theme may be niche, but the map itself still has everything general players want. Due to the old farmhouses around the map, it is a good one for server owners to really bring it to life. There are some downsides to the map. The ground is far from smooth. Even flat areas are covered in bumps that can send characters or tames flying if you hit them too fast.

The most popular modded map turned official in summer 2020. Sure it’s now an official map and slightly different from its early mod days, but it began life as a beautiful and detailed mod experience. Crystal Isles is a massive map with multiple different biomes. When it became official, some of the animals were removed from the map, but the map maker has a mod to readd them. Crystal Isles has floating islands, massive crystals, crystal wyverns, crystal rock drakes, a cherry blossom tree biome, and a dark dangerous biome. There is a lot to explore and do. Plus it’s beautiful. It is not very walking friendly. Fliers make traversing the map much easier.

Fjördur is a sponsored, Nordic themed map from the same creators as Valguero. It is three islands (and a couple smaller ones) based on Nordic landscapes. Between the islands is a massive ocean trench for the bravest explorer. The islands are very mountainous with lots of winding, forest paths. The largest island has multiple different biomes while the smaller island is limited. A volcanic island to the west has some DLC content. The creators don’t want to add all DLC content to the map, but some DLC content is expected.

Olympus is a land abandoned by the gods. Statues, shrines, and coliseums still stand around the map where the gods once lived. The surface of Olympus is mostly complete. The caves, underwater regions, and boss arenas are not yet complete. The map, overall, is at 85% complete, and totally playable. It features all the DCL creatures and all the biomes to find them.

Similar to Thieves Island, the Shigoislands map consists of five islands. It is 40% larger than the vanilla map, The Island and has grasslands, jungle, swamps, snow, redwood, and desert biomes. Early game may be a challenge for those looking to explore. Each island is different with different dangers and different resources. You’ll need to rely on swimming tames or boats to get across early.

Thieves Island is a pirate themed map with one main island and several floating islands around it. The island set up makes the map a challenge to explore early game. Players will need flying mounts to reach higher islands. Some are safer than others. The map still works although it hasn’t been updated for a year. If you want specific creatures, you may need mods to add them.

Tunguska’s theme is a meteor strike. The land and environment reflect the violent and sudden conditions. There are wide, flat areas perfect for building, along with crumbling archways that are good for small outposts. The map is 95% complete, but the creator refers to it as in completion because there is always more to add. Nests can be found across the map where baby fliers will spawn for taming. They include: Griffins, Tapejara, Argentavis, Pteranodon, Snow Owl, Quetzalcoatlus, and Phoenix. There are small caves for resources and massive caverns with hostile animals.

Another official map that started as a mod. Valguero is a smaller map than Crystal Isles but has a lot to do. As with Crystal Isles, some additional mods are needed to bring it back to the creator’s original intentions. With the expansions added back in, the map has a massive cave nearly the size of the map, complete with Aberrant animals. Valguero isn’t as unique as Crystal Isles. It has one unique biome, the Chalk Cliffs, which doubles as a desert for animal spawns. Once it became official, it added the new deinonychus, designed for the map’s tall cliffs.

The Volcano, as the name implies, features a massive volcano in the center of the map. It’s about the size of The Island. It contains every biome so your favorite tames should be available. The map is huge and a delight to explore. It is fully complete and features Aberration and Extinction creatures. It may not have Genesis creatures as the map was finished before Genesis Part One was available. There are 14 caves to explore, some of which are underwater. Others are easy to find and make great shelters for building. The Volcano has its own custom weather coding including electric storms, heatwaves, rain, and fog.