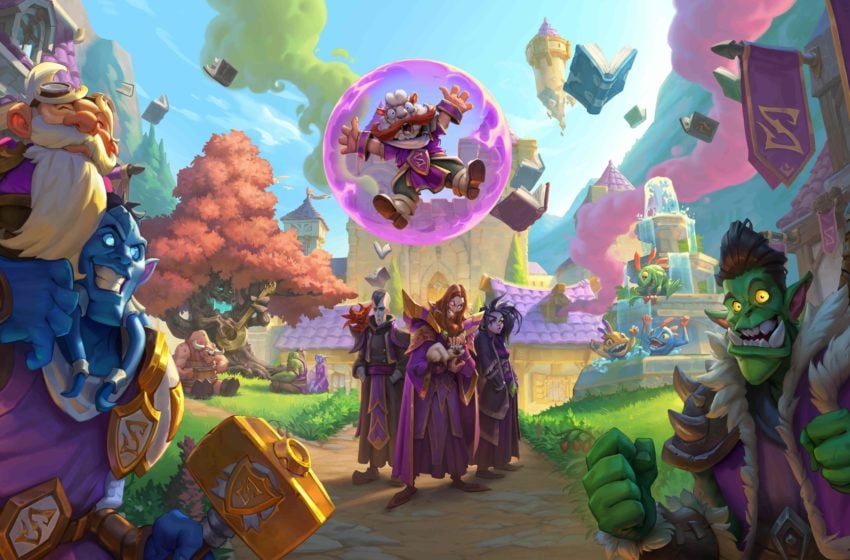 The Scholomance Academy expansion added 135 new cards to Hearthstone, and among them are several legendary and epic cards that have completely changed the way the game is played. New mechanics like Spellburst and dual-class cards have been added for players to experiment with and build new decks. Here are the 10 best cards added in the expansion for you to add to your collection.

This may be the best card in the entire expansion. Vectus is a legendary card that goes perfectly in any Deathrattle deck. This card’s Battlecry allows you to summon two minions, each gaining a Deathrattle from any minions that have died. While this card is extremely valuable, it can be countered by aggressive decks that capitalize Silence effects.

This card can completely change the game for you. Secret Passage is a spell card that allows you to replace your entire hand with five cards from your deck, and then switch back on the next turn. You gain temporary access to an entirely new hand for a turn. The five cards you get may enable you to secure a win or change the flow of a game to be in your favor. The best part of the Secret Passage card is that it only costs one mana, a super cheap way to really ruin any opponent’s day.

Voracious Reader is perfect for aggressive tempo and aggro decks. The card allows you to draw cards at the end of each turn until you have at least three in your hand. It will keep your hand full for the cost of only two mana. This cheap but useful card is essentially a new version of the Jeeves card from Gnomes vs. Goblins, but it only gives extra cards to its owner.

Scholomance Academy centers on a spellcasting them. Appropriately, Instructor Fireheart gives a big advantage to players that make heavy use of spell cards. The card costs three mana to play and can provide players with a great opportunity for chains. The Battlecry of this card allows you to discover a spell card that costs at least one mana. If you play that spell card in the same turn, the effect is activated again. With some good planning, the effect will allow players to chain together several spell cards with little effort.

Kel’Thuzad can cost five mana and completely turn a game around when you are in a pinch. It is one of the new Spellburst cards added with the Scholomance Academy expansion. As a Spellburt, this card has an ability that activates the first time you cast a spell.

If the spell that activates this card’s Spellburst destroys any minions, you summon them back. The big issue with this card is that it will need to be reserved until the late game. Thankfully that limitation can be overlooked when you combine it with a stronger AoE spell.

Lab Partner is a Mage minion card that only costs one mana to use. This is a card for Tempo and Control decks. It gives a one-point boost to spell damage, making it an essential card for mage and spell combos.

Lorekeeper Polkelt is another card for players that like combo decks. Like Sphere of Sapience, it gives you a considerable amount of control over which cards you will draw next. For a cost of four mana, the card allows you to reorder your deck from highest cost to lowest. In doing so, players will know exactly what to expect with each draw.

This is a cheap card that will allow you to have a little control over which card you draw next. The effect allows you to look at the top card in your deck at the start of your turn. You can then place the card at the bottom of your deck for one durability. Being able to control the cards you draw is a huge benefit for aggressive combo decks.

Glide is a Demon Hunter spell card that costs four mana to use. The card will be the bane of any aggressive combo deck. The effect forces both players to shuffle their hands back into their deck and draw four cards. This can ruin any combo your opponent may have been building and put the vital cards they need back into the deck.

Lord Barov is a legendary paladin that costs three mana to play. This card’s Battlecry sets the health of all other minions to one. It has a Deathrattle that also allows it to deal one damage to all minions. Lord Barov was designed to sweep the board for you. The best use of the card is to use it in combination with a card that gives the Rush effect like Animated Broomstick.