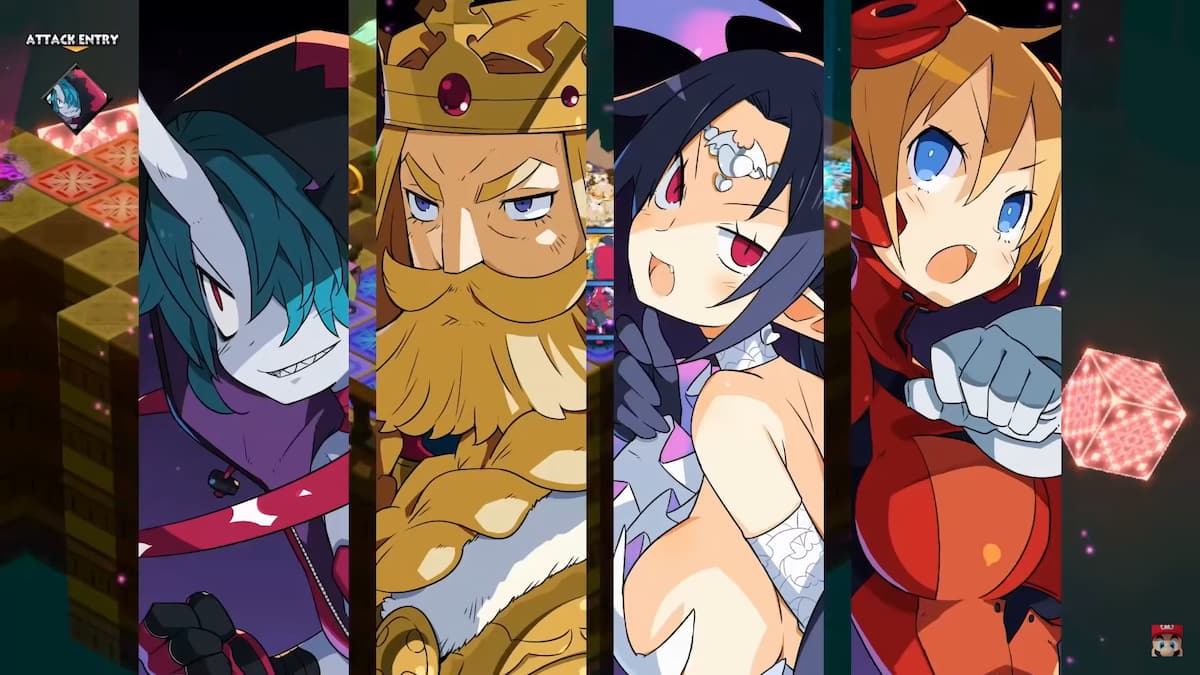 There are tons of units and characters to be discovered in Disgaea 6, all with their own unique personalities and roles. Sometimes they’re well balanced with roles that change throughout the game, while others are prized solely for their comedic personalities — which is no mean feat as one of the game’s major strengths is its humor.

Each main character offers something special to Disgaea 6, though some of them pull off their given role much better than others. The examples below are meant to order each of these characters based on that credential, especially in relation to how funny they actually are.

She starts as a grizzled veteran principal of the Magimage School of Magic but is soon turned into a young magical girl thanks to her own misfired spell. The concept is hilarious, and its execution can often be funny, but it can get old pretty quickly as the standard magical girl tropes take over. The party’s reaction to her transformation, in that they actually prefer it, is the best part.

Essentially a Disney Princess turned videogame character; she’s the second ally Zed recruits in the main campaign. Her personality is sweet and wholesome, and while that can get a little stale at times, she continues to be a rather funny counter to all the darker and more selfish personalities surrounding her. Her twin sister Naive complements Melodia well and elevates the humor.

As the person with the most money in the entire universe, much of his humor comes from trying to buy his way out of any and all problems. What makes him even better is him slowly realizing most people only tolerate him for his extreme wealth. Not to mention how well he pairs with side character Hero Yarmada, a hero Misedor essentially sponsors.

Your standard idiot with a far too big ego that often sabotages him. Ivar is, hilariously enough, actually talented and powerful. But as we witness throughout the story, his lack of brains often prevents him from enjoying true success. But peppered in his countless failures are his few victories, which along with his overreactions to Zed’s news and other happenings, keeps him fresh and fun.

Normally sugary sweet little sister characters like Bieko would be old hat and rather tiresome, but she manages to be genuinely adorable. Not to mention her later plot twists, how she turns into a God of Destruction herself, and how that becomes intertwined with Cerberus’s own plot is quite unique and compelling. Also, she’s amazing for grinding Karma with the Juice Bar, which has to count for something.

One of the best characters in the game by far; Cerberus starts as your typical sidekick with a sharp mouth and even sharper wit. He contrasts well with Zed, and they both shine through these interactions. If that isn’t enough, it turns out his demands to be worshiped actually pan out since he fully turns into a villain in the second half of the game.

His personality alone stands out from the other Disgaea protagonists, and in a good way. Though he has his share of character development, Zed still retains his jerkish nature until the end. His dialogue is hysterically over-the-top, and he plays well with every other character in the game. And his relationship with his adorable younger sister is surprisingly sweet to boot.

She starts as a hero in the style of the ever-popular Super Sentai genre but then becomes slowly corrupted by Zed over the course of the game. One of the comparatively few examples in media of a character undergoing regressive character development, and it’s done with perfect comedic timing. And her energic nature works well regardless of her alignment.