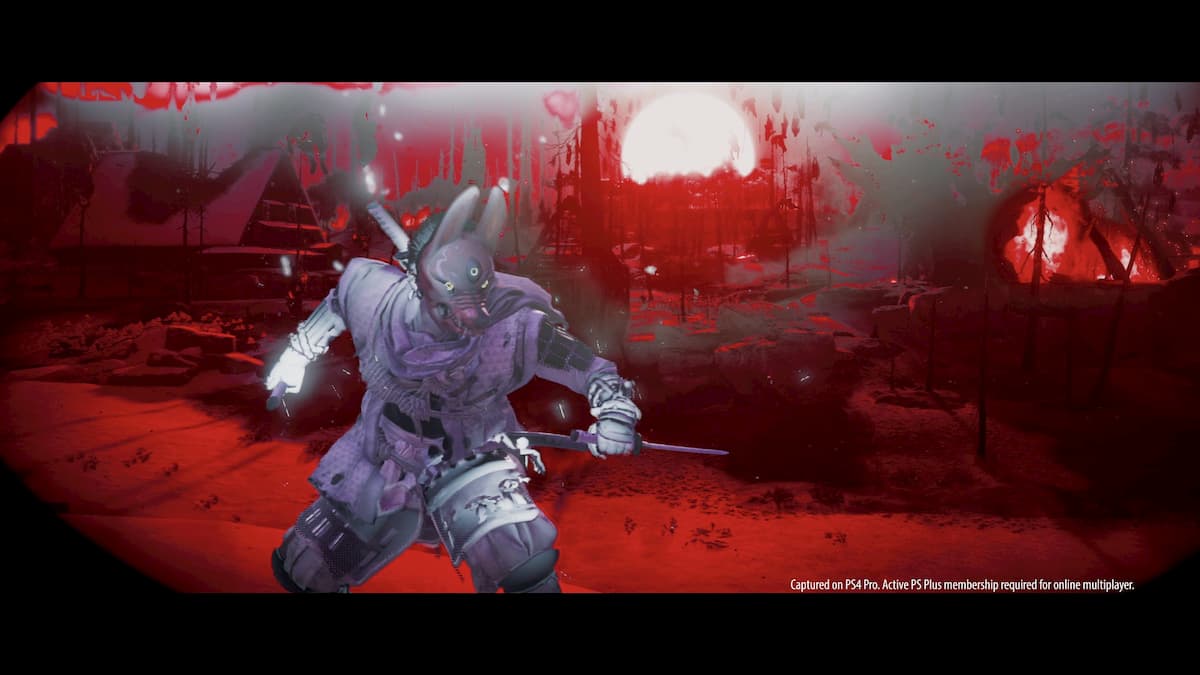 Classes in the Ghost of Tsushima’s co-op mode Legends are much more than simple cosmetic changes. Each of the four — Assassin, Ronin, Hunter, and Samurai — has their own skill tree, movements, and two unique class abilities that go along with the theme of the character. Although it is practical to have the class that works best on a particular map, sometimes it is best to level up the character who has the most potential to dominate everywhere. Here are all four classes from worst to best.

We see this character as more of a great supporter for the others on the field. Hunter is obviously best used at long distances, as her bow is what receives the most upgrades on the skill tree. It’s so much so that leveling up won’t have any effect on her close-range attacks — which is crucial in Legends.

It’s not all bad news, though. Her Eye of Uchitsune ability instantly kills three of any enemy, which is a nice touch when going up against bosses that are tough to attack up close. Unlocking Hunter will also give you the Staggering Arrow ability. This lets you plant an arrow in the ground to stun those who walk by.

The Assassin class emphasizes slow movement and precision. When fully upgraded, almost every attack from behind is a guaranteed finisher, and he is also able to grant temporary invisibility for teammates. However, Legends is a mode that’s about confronting charging enemies. As a result, Assassin’s abilities aren’t exactly suitable for most situations.

If you’re stuck with the character, we advise that you camp in tall grass and only perform major attacks on those who run by. In terms of close combat, there aren’t too many unlockable abilities that add power to his katana, but he is the fastest of the four and great for dodging sword swings from slower bosses.

Without a doubt, every team needs a Ronin. The class is the medic of sorts, as its Ultimate ability is to revive all downed teammates. Hypothetically, this means that no game of survival should be failed. His attacking abilities also coincides with his healing. For instance, when reviving others, all surrounding enemies burn to ash. Not too shabby.

Additionally, his basic class ability summons an adorable pup that isn’t afraid to bite the flesh of bosses for massive damage. It should be considered that moves like these have cooldowns and can only be used so often. So in between these, Ronin only makes for a great paperweight, as his blade skills aren’t magnificent.

As the story revolves around samurai, there’s no better choice. Although the slowest class, the Samurai class gifts upgrades that make one tap of the square button a brutal attack. With constant close-range combat, health will always be a concern. However, its Ultimate Hackiman’s Fury ability strikes down three of the toughest enemies present — ultimately saving you in tight spots.

Samurai’s skill tree primarily focuses on melee and blocking, so don’t expect to cut off large chunks of damage from arrows or other tactical accessories. Though, with bosses being the main target of each map, at least two samurai per group is recommended.