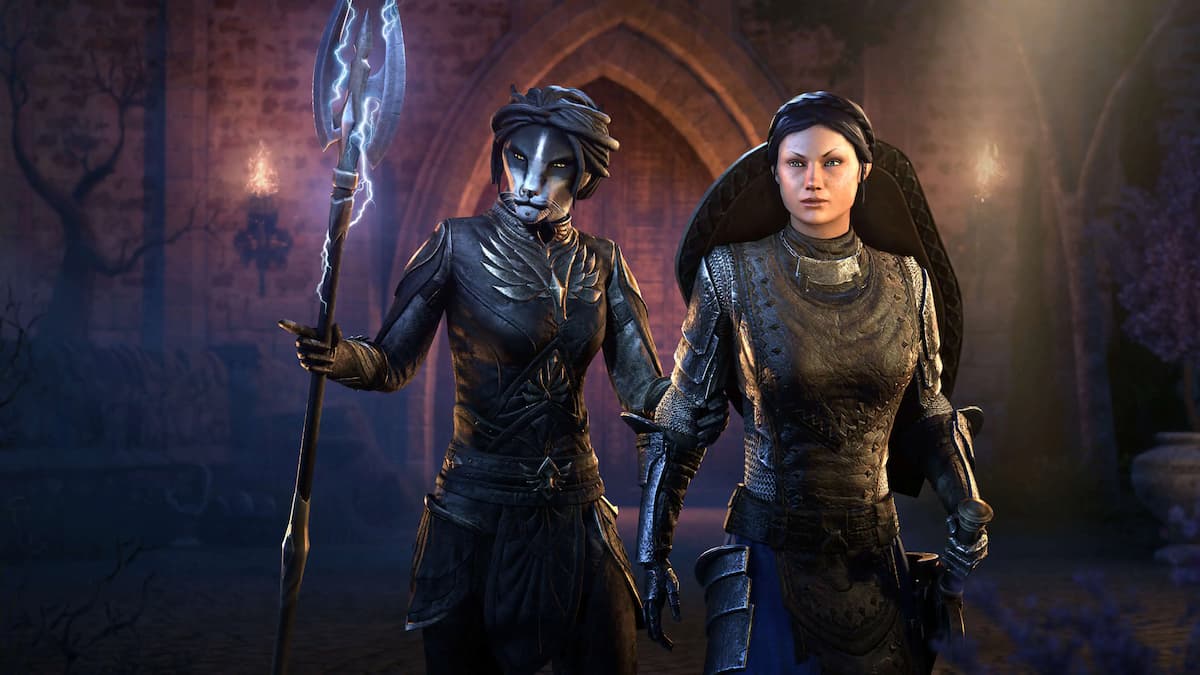 Ember is one of the new recruitable Companions in Elder Scrolls Online: High Isle. Despite having an affinity for thievery, Ember is introduced as a Sorcerer — slinging lightning and fire around with ease. Ember has three “class” options, which allow her to serve three distinct roles: Lightning Caller (DPS), Mischievous Caster (Tank), and Trickster’s Trap (Healer). These Class skill lines can also be combined with Weapon, Armor, and Guild skill lines to fully customize Ember’s loadout. If you’re looking for the best combat builds to try on Ember, check out our list below.

Remeber that abilities must be slotted in a specific order — Companions use abilities in order from left to right, so out-of-order abilities can mess up their rotation.

If you want Ember to focus on Stamina DPS, you should give her either a Bow, Two-Handed Weapon, or Dual Wield weapon. If you choose to go this route, we recommend the Bow as the primary weapon of choice, as this keeps Ember at range and makes it less likely she will die. As with all DPS Companions, ensure she is wearing Medium Armor in all slots.

For Bow builds, here are the abilities you’ll want slotted:

For Magicka DPS, you can give Isobel any flavor of Destruction Staff that you have available, but the best choice depends on the content you’ll be doing with her. Inferno Staves do highest DPS on single-target options, while Lightning Staves excel at AoE’ing down large groups. As with all DPS Companions, ensure she is wearing Medium Armor in all slots — even as a caster, the Companion Armor passive requires Medium for more damage.

For Magicka builds, use these abilities:

Ember can function as a pretty strong healer, but remember that her racial passive directly boosts critical change and damage dealing by 3% — optimally speaking, you are missing out on her damage potential by running her as a healer instead of Isobel. The difference is minimal, though, so don’t worry about it too much if you’re not looking to optimize. Ensure Ember is wearing Light Armor to maximize healing throughput. The build below prioritizes Ultimate usage for some added DPS while retaining useful mitigation and healing tools.

For healer builds, these are your abilities of choice:

Ember isn’t the most stellar tank — that honor goes to Bastian Hallix or Isobel — but she can function nearly as well with a few smart ability selections. Remember: Companion aggro is higher than player aggro in most cases, so your Companion needs some form of self-healing to survive tougher encounters. You’ll generally want Ember to have a One-Hand and Shield to allow her to tank well, and don’t forget to equip Heavy Armor on her for that added survivability.

For tank builds, these abilities will serve you best: