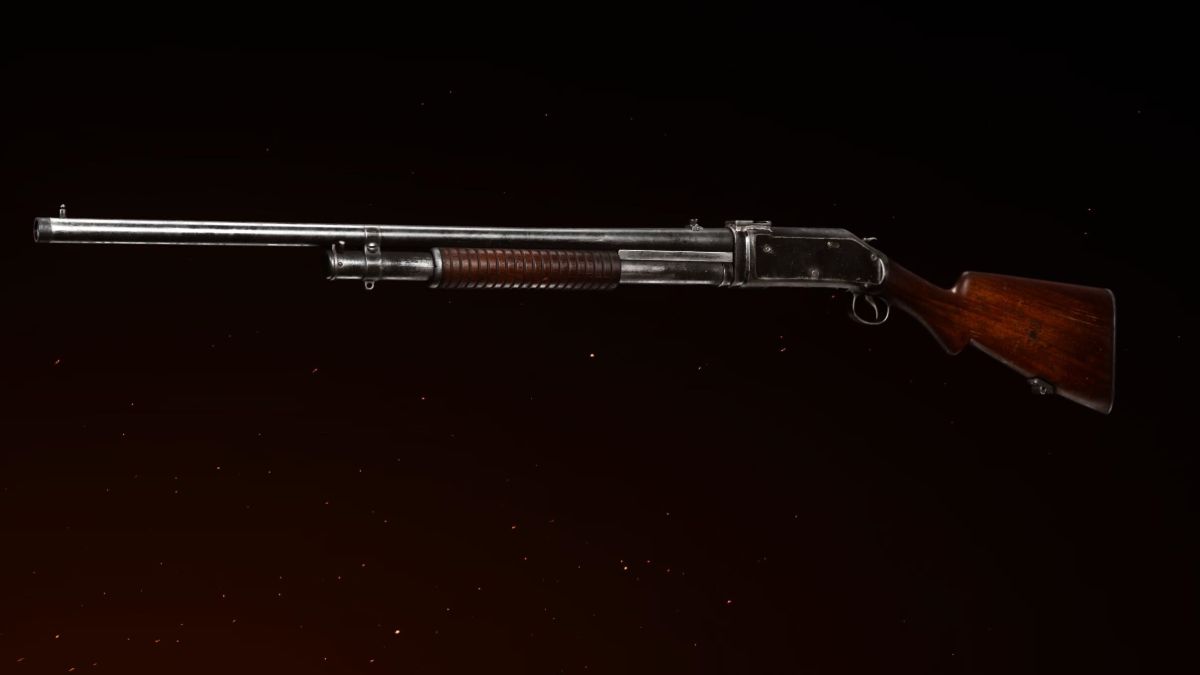 The Combat Shotgun, which can kill in one shot, equipping the A5 Smoothbore will make you even deadlier on the battlefield. It provides a wider spread of the shotgun so you can cover more surface area. There are no cons either.

The barrel we chose is the Chariot 16″ Short as it provides more damage overall and better hip fire damage. The damage range is decreased, but the game already has a longer spread than other shotguns like the Einhorn Revolving.

For the optic, we selected the G16 2.5X. We don’t often use the sight as we prefer to shoot without aiming, but the G16 2.5X provides better accuracy and recoil control with the Combat Shotgun. The only drawback is a lowered aim down sight speed, but like the Einhorn build, do we need it?

Next, the stock we chose for the Combat Shotgun is CGC 2M Wire. The sprint to fire speed stat is significantly increased alongside a slight improvement of movement speed. We want to make sure you’re agile in combat. There is a slight decrease in initial accuracy and recoil, but the Combat Shotgun by itself is such a steady weapon that we think it will be fine for the loadout.

Diving deeper into the loadout, we equipped the M1915 Steady underbarrel to the weapon. It provides better hip fire accuracy with no costs whatsoever. If you like the benefits of the M1930 Strafe Angled, which gives better accuracy, aiming stability, and aim walking steadiness, the prior CGC 2M Wire is a great way to counteract the Sprint to Fire speed decrease. However, we’ll stick with the M1915 Steady underbarrel as e want maximum speed and hip-fire accuracy with this build.

For the magazine, we want to make sure you’re ready for any situation with many shells in hand. That’s why we chose the 16 Gauge 7 Round Drums. Yes, it does increase aim down sight speed, reload quickness, and movement speed, but having two more shells in a tense combat situation can be the difference between getting kills and taking a death.

Stopping a target in their tracks is best for shotgun users, and the Frangible Ammo Type is perfect for that. It first delays enemy healing, and second staggers movement if the opponent is hit in the legs. That’s a deadly combination with absolutely no cons at all.

Fabric Grip is the next thing to equip as this Rear Grip provides an increase in aim down sight speed, sprint to fire speed, and hip fire recoil recovery. It only costs one stat in accuracy. This will make you more agile during conflicts and will make your shotgun more snappy.

For the all-important proficiency, we equipped Vital as it will increase the size of the critical hit area for enemies. You’ll be more likely to get a deadlier shot in a snap as you’re running around the map. The Combat Shotgun just got more powerful.

Lastly, to accentuate how fast you are going with the Combat Shotgun, we put on the Quick kit. It increases your sprint speed, so you can go in and out of areas at an electric pace. Call of Duty: Vanguard is now your playground; make sure you use the Combat Shotgun to its fullest potential and school your opponents.