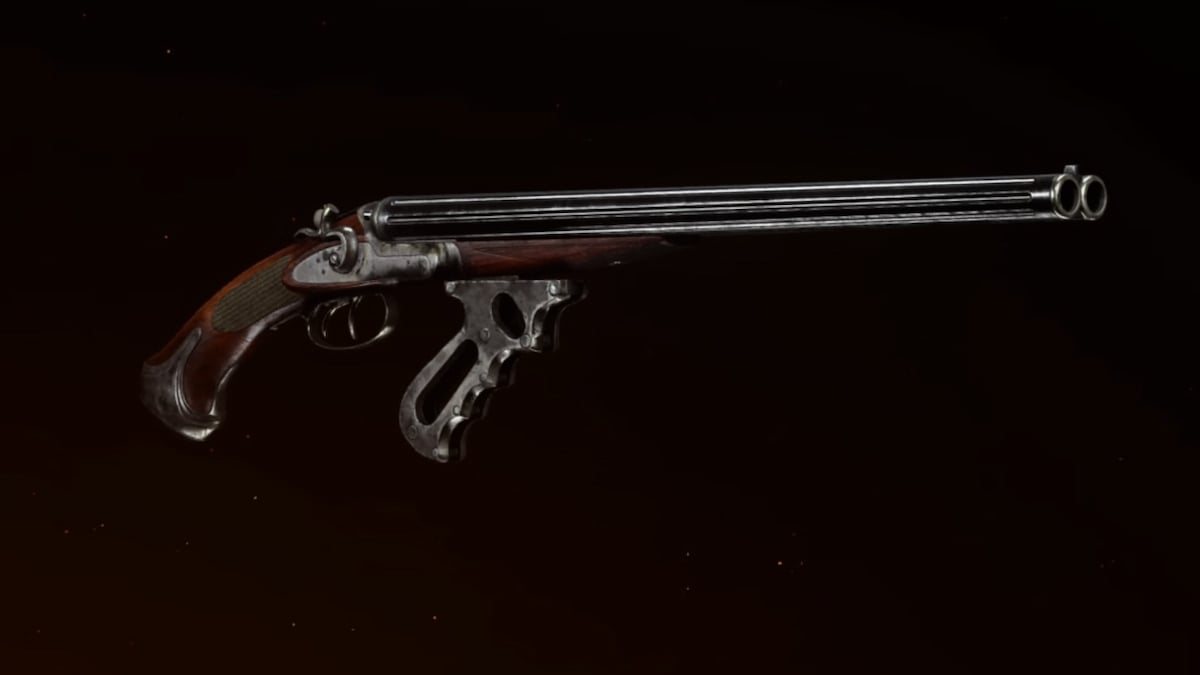 It comes as no shock that shotguns are the prevailing weapon type once again in Call of Duty — this time in Vanguard. To make matters more interesting, the latest game is filled with plenty of close-quarters areas where these guns perform the best. However, players will surely get the most out of the Double Barrel shotgun, the last unlockable weapon in the category. If it is in your arsenal, you’re now one step closer to creating one of the best loadouts in the shooter. The Double Barrel even makes a respectable name for itself in Warzone Pacific, with it being a must have secondary weapon.

The attachments needed to build the best Double Barrel class should revolve around maximizing the gun’s wide spread and your sprint-to-fire time. If constructed correctly, your best chance of going on an elimination spree is through rushing the enemy and hip-firing. You should find that close-range shots are guaranteed one-shot kills even if your aim is just off from the target. Listed below is every piece of equipment you’ll need.

After these are added, you should spot that only the optic category is without an attachment. The aim down sights time is always slowed when adding a scope; but if you find it to be necessity, we recommend going for an optic with a low zoom level. Additionally, as enticing as the Akimbo proficiency may sound, more is not better here. Those using Akimbo will take twice as long reloading and usually end up earning a few eliminations before facing a defenseless death. Thus, the Sleight of Hand proficiency’s quick reloading makes holding two shotguns pointless.

If you have any doubt whether this will stop you from getting hit-markers, the Slug ammo type and LJ-18 Defender barrel combine for a 295 percent increase in damage (yes, you read that right). However, to feel the true effect of this maddening number, the A5 Smoothbore muzzle will aid in dispersing the rounds to enemies outside of your aim — ramping up the chance for one-shot multi-kills.

By far our favorite close-range loadout that doesn’t include a STG44 is one that features the Double Barrel. Modern Warfare and Black Ops Cold War shotguns are great, but this Vanguard blaster is undoubtedly faster and more damaging than any that has come before it. As one can expect, this class is for those desiring to run and gun enemies at a ridiculous speed. Here’s are the attachments that work best for the Double Barrel.

Firstly, you’ll spot above that we’ve placed the Overkill perk into this class. With Caldera’s main locations being few and far in between, this shotgun should be used exclusively as a secondary weapon and only pulled out when in an up-close fight. In addition, we recommend having this shotgun ready when spotting an enemy nearby. Speaking of perks, Double Time will then allow you to hunt them down at a rapid pace, while Tracker allows you to see their most recent footsteps when they attempt to flee.

The game-changing attachment that makes the Double Barrel an absolute thrill to shoot is obviously the Akimbo weapon perk. As shown above, pairing the Akimbo perk with the Slug Rounds weapon type forms a damage stat that may be the highest we’ve ever seen in the battle royale These do leave a negative effect on your accuracy, but the Sawed-Off and A5 Smoothbore attachments make up for this by providing a wider pellet spread — meaning hip-fire accuracy is almost perfect when just feet away from opponents.