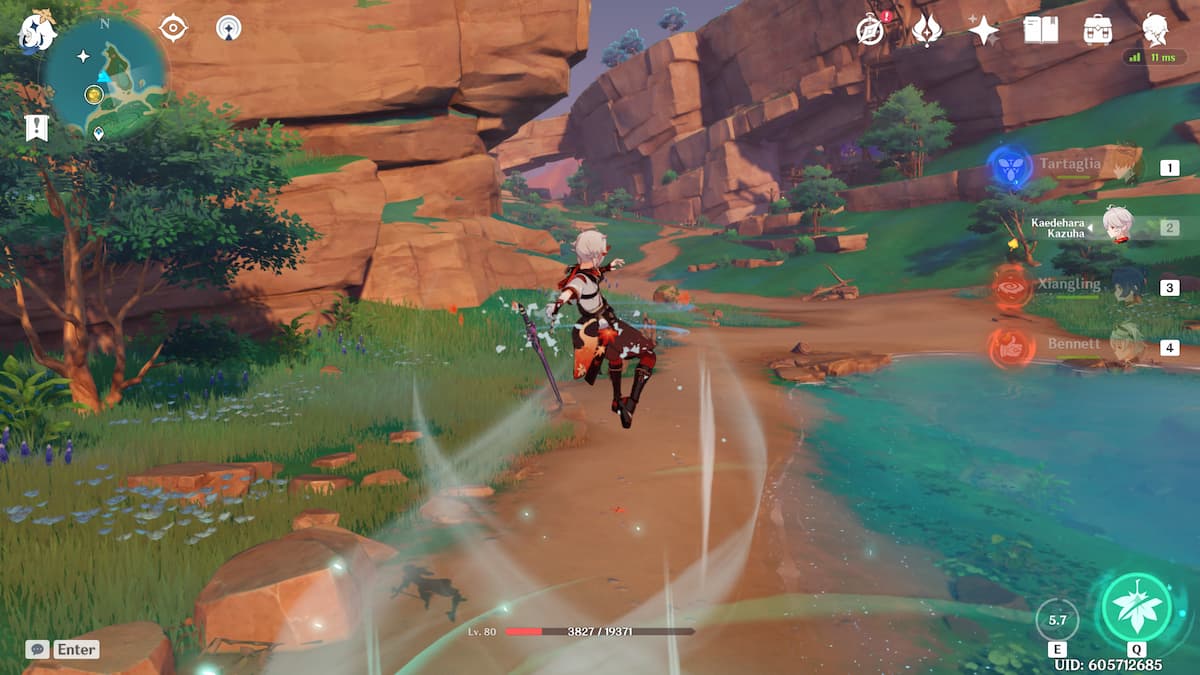 The Genshin Impact open world is filled with all sorts of tricks and puzzles ready to explore. With so many different characters in the game, there are lots of ways to streamline your exploration experience.

Some exploration puzzles require you to bring a user of a specific element, while others make you cross large bodies of water with a Cryo user. Many of these characters not only double as useful for exploration but useful for everyday combat as well to minimize switching out.

While an efficient exploration is not necessarily mandatory, it certainly helps things move along as you can go from one area to the next. Here are some of the best exploration characters in Genshin Impact. Note: they aren’t ranked in any particular order, as they all fill different niches.

Albedo starts the list as a fun Geo character who can create elevators from the ground. His potential is somewhat hurt by the fact that his elevators are hard to place in rocky areas, but he’s useful when you need the extra lift to grab a Geoculus or something similar.

There are many areas in Genshin Impact where you have to cross large bodies of water. Some chests, puzzles, or areas are only blocked by the water surrounding them. In other words, a Cryo character who can safely make ice bridges across the water is rather important.

As a Cryo bow user, her charged shot fires multiple zones of Cryo, allowing her to be an incredibly efficient ice-bridge creator. Not only that, but she’s one of the strongest main DPS characters in the game, which should make clearing enemies in your exploration a breeze.

Kazuha is arguably the best character in the game for scaling mountains or high walls. You can infinitely climb a wall without losing stamina by cycling between climbing and using your Elemental Skill.

For particularly mountainous zones, like areas of Liyue or Inazuma, Kazuha will be a lifesaver. Literally, as you’ll no longer fall off the side of a cliff to your inevitable death.

Keqing is another solid character for exploration due to how her Elemental Skill works. Similar to Kazuha, she can be used to help climb to higher areas. She can cast a mark with her Elemental Skill, and then teleport to that location.

Additionally, she’s a great applier of the Electro element. This helps for clearing Electro sigils that are common around parts of Inazuma. And she’s certainly viable as a main DPS in the overworld.

Razor, or any other claymore character in the game

Mining is an important part of the exploration process in Genshin Impact. Rocks are everywhere around the overworld, which is used to create weapons and other important items when collected.

As such, it’s convenient to have a character that’s able to conveniently destroy these rocks. Claymores globally can dispatch rocks at a faster rate than other characters (save for Zhongli), so if you’re using a Claymore character, rocks will be no problem at all.

Sayu is a four-star Anemo character and is one of the most enjoyable characters in the game. If you need a character who can go long distances, Sayu is the character for you.

Using her Elemental Skill, you can alternate between her Skill and sprint to travel long distances quickly. She turns into a little ball of speed, not unlike Sonic the Hedgehog, and she doesn’t even consume stamina while doing so.

The Geo Traveler is often used to reach inaccessible places in Genshin Impact, such as clipping through domains to reach out of bounds areas. This is because he can use his Elemental Skill to create platforms in high, hard-to-reach places.

Using Venti interchangeably with Kazuha, and some Geo characters on the side, allows you to reach places that are normally impossible as well.

The meme that you always need a Pyro archer stands true for many areas in Liyue and Mondstadt. The sheer amount of puzzles that require a Pyro user always makes a player begrudgingly use their Amber out of necessity.

Fortunately, Yoimiya is useful as a main DPS character, already distinguishing her from Amber. And as a Pyro archer, she can solve many easy Pyro puzzles out there.

Zhongli is similar to Albedo. His Elemental Skill places down a pillar you can climb on, allowing you to reach high places. Use the pillar to grab some awkwardly placed objective.

Holding his Elemental Skill also does major damage to ores around Zhongli. Using the Elemental Skill, Zhongli is one of the best miners in the game, with his ability to quickly mine ores for its materials.