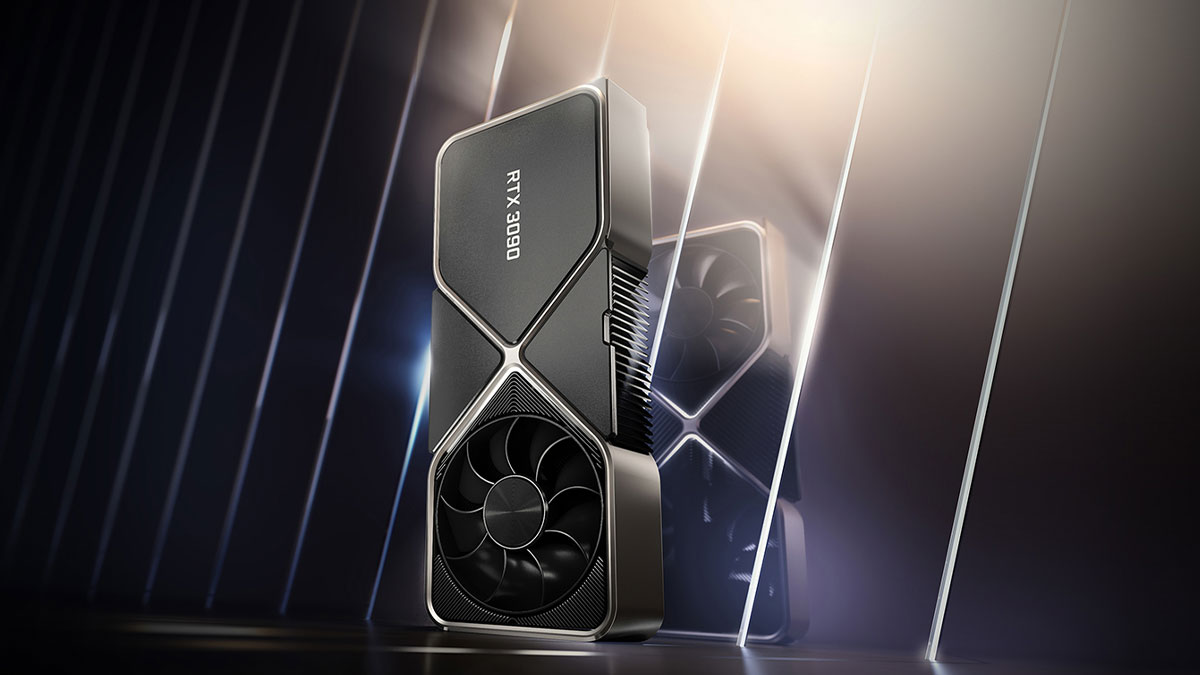 No matter how a gaming laptop is marketed and sold, it’s still a laptop. While portable, this comes with a constraint on power implemented through both size and form factor. There’s only so much power anyone could squeeze in while keeping laptops cool and carryable. Thankfully, gamers can plug in external Graphical Processing Units, or eGPUs, to push those frames and resolutions to where they belong. Here are the five best eGPUs on the market, so you have to spend less time comparing and can spend more time gaming. 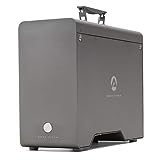 A no-frills case offering up to 650W with its built-in power supply, the AKiTiO Node is notable for being a simple product that does what it claims. However, the issue could come about that the Node simply cannot house the biggest and newest cards in the modern market. This product supports only 2 PCIe slots, limiting some cards, and users will want to purchase a longer Thunderbolt cable as the included one is very short.

The size factor between Nvidia’s 20 and 30 series, and again from the 30 to 40, shows that cards will likely get larger as many experts have stated that Moore’s law has been dashed to the wayside after fifty years of relevancy. The PSU is not upgradeable for the Node and can power the GPU while charging the laptop at an additional 85W.

Compatible with cards up to Nvidia 3070, sans the Strix series, this functional product holds a GPU and offers connectivity to laptops with a Thunderbolt 3 port. This is the refactoring of the ill-received ASUS ROG XG-Station 2, and it comes with an external power brick that can push 300W to the GPU. For some power users, this may be its downfall, but the RTX 3070 only pulls 220W from factory with overclocking resulting in pulls up to 250W. It does sacrifice power to the laptop in this design decision; however, additional components allow users to combine two power bricks to bring the power to 660W.

The clean look and small footprint marry well with the forced airflow fans, resulting in a total package that won’t break the bank, and won’t disappoint. It’s also one of the quietest eGPU cases, with measured zero decibels emitted while idle. Officially certified to work with Macs and Windows 10, and with a built-in dust mesh tray that helps keep pet hair away from precious mechanics, the ASUS XG Station Pro is a fantastic selection for anyone looking for a more professional appearance with their eGPU purchase.

The AORUS Gigabyte Gaming Box (rev 1) is a liquid-cooled AiO RTX 3080 with plug & play ability. Purchase it, power it on, and appreciate the additional frames and fidelity offered by a meaty GPU that we still consider to be one of the best GPUs on the market. You can find various AORUS Gigabyte Gaming Boxes on the market, containing everything from an RX 580 to a GTX 2070, but the less you spend, the less power you’ll receive. In the modern day, it’s strongly recommended to shop for the 3080 version unless you’re searching for specific power for unique use cases.

As is the norm with eGPUs, the connection is offered with a Thunderbolt 3 for transfer rates up to 40Gbps, which was formerly a limited factor in eGPU as far back as 2008. The liquid cooling helps offer a quieter overall package, but fans are still in play sitting just beneath the AiO liquid cooling radiator. The liquid cooling factor is the make or break on this product for many consumers — it undeniably keeps components far cooler, which increases its shelf life, but both haphazard bumps and general wear and tear can cause leaks, destroying the equipment.

An obscenely strong contender, this cheap product gives a heft of features without breaking the bank. An internal 750W PSU is matched with classic airflow cooling from a single large 120/35mm fan. The casing is unobtrusive and would sit well on a desk without intruding. The large tray for the GPU (again, not included) can slide out for easy swapping of components, and it also includes an expansion slot for SSD or HDDs to increase storage on demand.

The Mantiz v2 can only support two PCIe slots, so while it can comfortably hold Nvidia’s 30-series, upgrading beyond that isn’t entirely feasible. The good news, however, is that consumers can comfortably skip the 40 series outside of niche needs unless keeping up with the proverbial Joneses is a necessity for your field. If you’re looking to get a bit of gaming done, the Mantiz v2 can easily handle titles such as Overwatch 2 with the proper cards installed.

Razer has held an impressively high standard for the past few years regarding eGPU products, and the Razer Core X is a consistent bar set for competitors. Offering 650W for GPU power and 100W for laptop power, a sliding tray to easily upgrade your GPU, and the ability to house cards that take 3 PCIe slots, the Razer Core X is the de facto standard when users simply want the best available. Thanks to its dual-chip, it is compatible with both Thunderbolt 3 and Thunderbolt 4.

The model Chroma, officially the Razer Core X Chroma, gives an additional 50W for the GPU and some fancy RGB lights. However, the Razer Core X easily retains its relevance with its simple premise and ability to deliver reliable frames, again and again. The Chroma does offer increased connectivity, however, with desktop peripherals and gigabit internet ports. It’s difficult to go wrong with either selection, but some critics have noted the Chroma version is the same as the Core X, just visually more obnoxious.