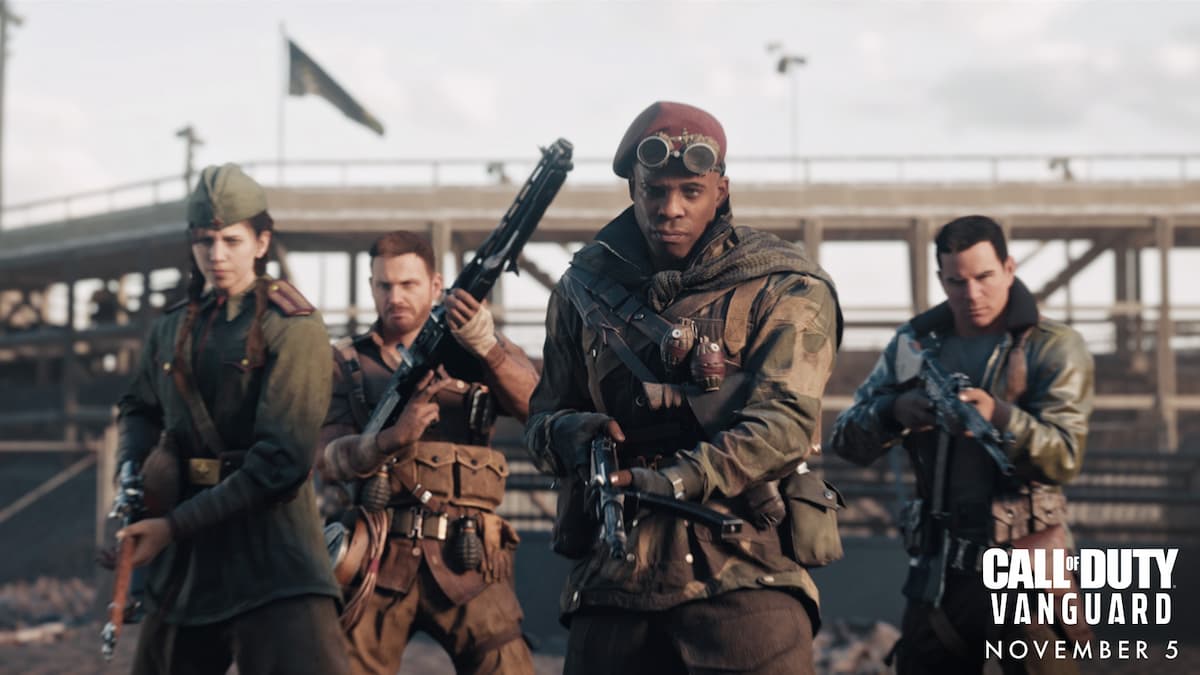 After 10 to 15 hours of grueling grinding in Call of Duty: Vanguard, you’ll finally have all of the field upgrades in the game but which are the best exactly? Plates will give you extra armor while the Goliath is a small remote-controlled bomb on tank-like tracks. It can be tough to know exactly which direction to go, but we’ve collected the best overall options for you.

First, it’s best to skip the Goliath, Deployable Cover, and the Supply Box. Unless you’re extremely good in Call of Duty: Vanguard and can stay alive for a long time, you won’t find much of a need for a Supply Box as you’ll likely die before your ammo has run out. As for the Goliath, this explosive device is slow, awkward to control, and loud. Your enemies will hear it from a mile away so they can easily escape its wrath. Instead, pick up the upgrades below. Lastly, the Deployable Cover is great for select situations like defending a point, but we find there are more useful field upgrades available to equip.

With an extremely slow recharge rate, armor plates give you a lot of body armor for those intense gunfights. You won’t be able to use it often as it sometimes takes the whole game to be available but when used, the protection is certainly worth it in longer encounters like a Search and Destroy. If you’ve played Call of Duty: Warzone, the battle royale take on the series, you’ll know how armor plates can truly help you in a tricky situation. Hotel Royal can be especially manic.

If you want to be sneaky and go behind enemy lines, the Dead Silence field upgrade is perfect. With a fast recharge rate, you can make your footsteps silent and if you keep getting kills with the gun, melee attacks, or throwing knife, the meter will refresh its duration. Even those who have high-definition headphones users won’t hear you coming. It’s also a great way to capture a point in Domination as the enemy might have trouble tracking you down.

For a sniper user, the jammer is a dream come true. This field upgrade will jam the minimap of enemies in a nearby radius. When activated, it will look like a fuzzy grey spot. This can stop your foes from detecting you while you’re making that all-important flag capture or holding down a sniping spot. Something to keep in mind, however, is the slow recharge rate but the benefits outweigh this con.

This is one of the most useful field upgrades in the game. Dead Drop takes into account of your current killstreak score and gives it back to you when you next spawn. If you’re in a tricky situation under heavy enemy fire, you will not lose that precious streak you had if you activate Dead Drop. This is great for those who aren’t the best at Call of Duty and want to use deadlier killstreaks more often.

The field mic with its medium recharge rate is a popular field upgrade to have, especially in more tactical-themed modes like Domination and Patrol. The field mic will let you see enemy movement in a close-range perimeter on the minimap. It can help you spot campers you expect to be protecting a point and can indicate where an enemy is running in from. If you’re by yourself and you need to cover multiple fronts, the field mic is extremely valuable, especially in Gavutu. Keep in mind though that the Ghost perk will leave some people concealed.