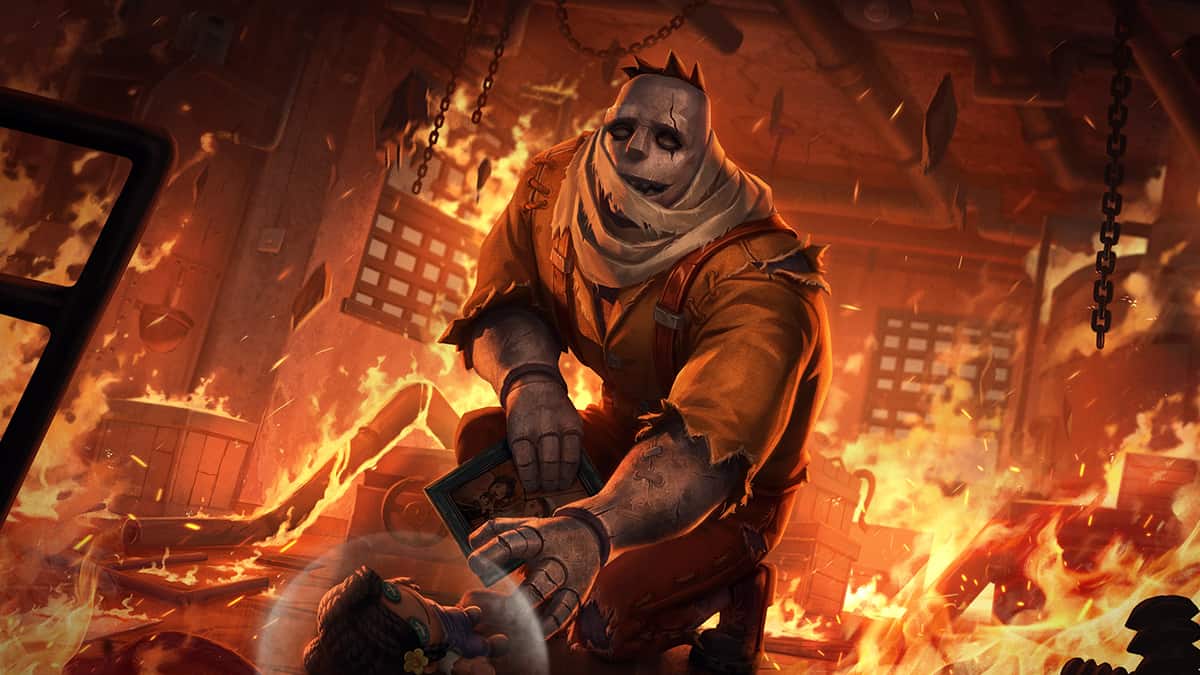 Dead by Daylight is one of the most popular multiplayer horror games. The idea of four survivors teaming up and trying to escape while a terrifying killer pursues them is a great concept that never fails to unnerve even the strongest-willed players. With the game growing each day, players of Dead by Daylight are looking for more cooperative horror games to play with their friends. There are plenty of great co-op horror titles out there that fans of Dead by Daylight will love.

Identity V is a mobile title that follows a detective named Orpheus to solve the mystery behind a killing game in a manor. In the multiplayer mode, which consists of Quick and Ranked Matches, you and three other players have to complete five Deciper Machines to unlock the Exit Gates while a single killer chases after them, trying to murder them. Identity V’s gameplay is incredibly similar to Dead by Daylight. The significant difference is that each character has their own set of skills, with the player only able to give one custom skill of their choosing. Crossover events are happening in the game where players can receive costumes of various characters from different franchises such as Case Closed, The Promised Neverland, and Persona. Identity V is an excellent game that any fan of Dead by Daylight should try.

Deceit is a free-to-play title where players need to escape the abandoned building they find themselves in. Unlike Dead by Daylight, players can search the area to gain valuable items like weapons to defend themselves against a looming threat: the infected. The catch is that out of the five players among them, someone is the infected, and it’s their job to prevent the others from escaping. The other players don’t know who the infected is, so they’ll have to monitor everyone’s actions to determine the bad guy carefully. It’s an interesting mix of first-person shooter, horror, and social deduction. Much like Dead by Daylight, where you have to always be on your toes, Deceit gives players the same dreadful feeling by constantly having you watch your back, unsure if your teammate is a friend or foe.

In Devour, you and up to three other players take control of four cultists who have to work together and break Azazel’s hold on the possessed cultists before they drag you to hell. You need to find key items to help you in the ritual, but as you continue with your mission, the cultists become more powerful, making the game’s difficulty increase as time passes. The game utilizes voice chat to help players communicate with each other. Each playthrough is randomly generated, meaning items will be in different places, and the ritual items you need will be contrasting. For players looking for a challenge and something new with each playthrough, DEVOUR is a great choice to play with friends at night.

In this 4v1 horror game, four players take control of an investigation team who explore the area to find eight clues. Another player takes control of a monster whose job is to kill every one of the investigators. There are two aspects of White Noise 2 that make the game unique. First, each character, including the various monsters, has their own traits, skills, stats. They exceed in one area but falter in another, which gives the game a good level of balance. Second, if a player dies, that doesn’t mean the game is over for them. Dead players can come back as ghosts and continue the investigation with enhanced abilities to aid the living investigators. White Noise 2 is a fun survival game that emphasizes cooperation between investigators and careful strategy from the monster.

In Silence can be played up to 7 players, with a maximum of six survivors and one killer. The survivors can do one of two goals: escape by repairing a car or hunt down the killer. It’s an interesting switch from Dead by Daylight, where survivors are constantly on the defensive and have little to do in terms of offense. The one player takes control of the killer, a monster known as a Rake. Although the Rake is blind, it is an incredibly fast being that relies on noise to help guide it. So, if you find yourself as the Rake, you’ll need to watch the players and take out anyone who may stray from the group. In Silence is an interesting take on the genre, making both sides try to play their hand carefully instead of going all out.