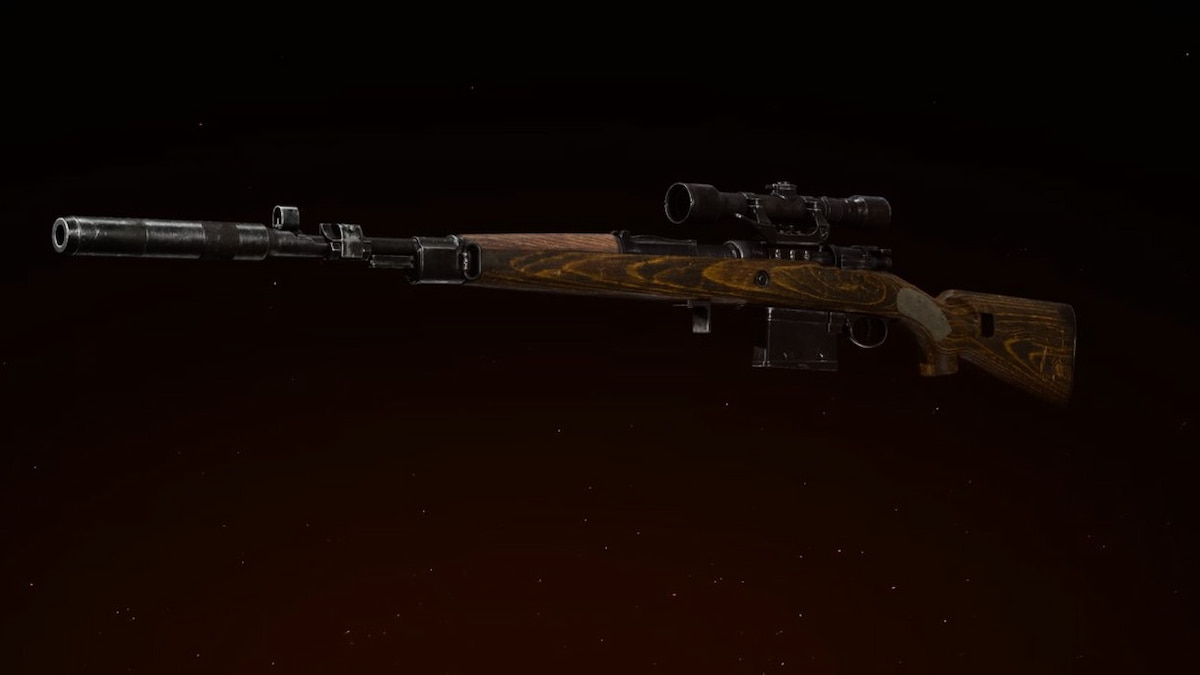 As one of the top-tier long-range weapons in Call of Duty: Vanguard, the Kar98k sniper certainly has a solid aim down sights time and is overwhelmingly user-friendly in terms of accuracy. However, this iteration of the gun doesn’t quite have the same power as it had in Warzone and Modern Warfare. Although leveling it up can be a slow process filled with hit-markers, there are a specific group of attachments that deliver the sort of Kar98k veteran players are used to.

When building this Kar98k setup, the selection of attachments used will mainly ensure the sniper does manage one-hit kills once again at long-range while also giving your accuracy a nice boost. Here’s what attachments you’ll be needing in order to see these benefits.

As having the 8mm Klauser 3-Round magazine sounds like a risky decision, most of the other magazine sizes will actually cut every one of your shot’s damage by 50 percent — and that’s not the way to go if you want one-hit kills. Thankfully, the attachment reduces the reload time down to just 2.2 seconds, with your damage rating still standing at 92 out of 100.

As you’ll only have three bullets per round, we’ve included the VDD 98, M1941, and Quickscope attachments to dramatically decrease the horizontal and vertical recoil. In addition, the Krausnick barrel and Fabric Grip beef up the ADS rate even more with a 12 percent total increase. Lastly, as several ammo types bring down a sniper’s damage range, we recommend the Lengthened type. Without having to sacrifice range, this will supply a 30 percent bonus to bullet velocity.

To put your mind at ease, Scavenger is a must when finding a perk that rewards you additional ammo from the battlefield. We’ve also included Ghost and Forward Intel, arguably the two best perks for stealth-minded players, but you should definitely alter this if that isn’t your play-style.

To avoid confusion, this loadout is only possible through using the Vanguard iteration of the Kar98k — so you won’t need the Modern Warfare version here. Despite it not packing the same punch as its older variation, the Vanguard Kar98k will let you apply up to 10 attachments — ultimately making it a stellar sniper to use in Vanguard Royale. Here is the combination of attachments you should be adding on.

As we’ve recommended with the Vanguard loadout, you’ll be best off with the 8mm Klauser 3-Round magazine. If you choose any other magazine, your damage will greatly falter and results in enemies being able to run away before you have a chance to down them. With the 8mm Klauser attached, along with the Hollow Point ammo type and VDD RE02K barrel, expect to put down opponents at medium to long range with one headshot or two to the chest.

Compared to the 3-Line Rifle, this Kar98k has a much shorter range that cannot really be fixed. That being said, you’ll at least want to beef up its accuracy with the Heavy Foregrip, Leather Grip, and VDD Thumbhole. These won’t make long-range shots any stronger, but it will become easier to put a handful of bullets into an enemy from afar.