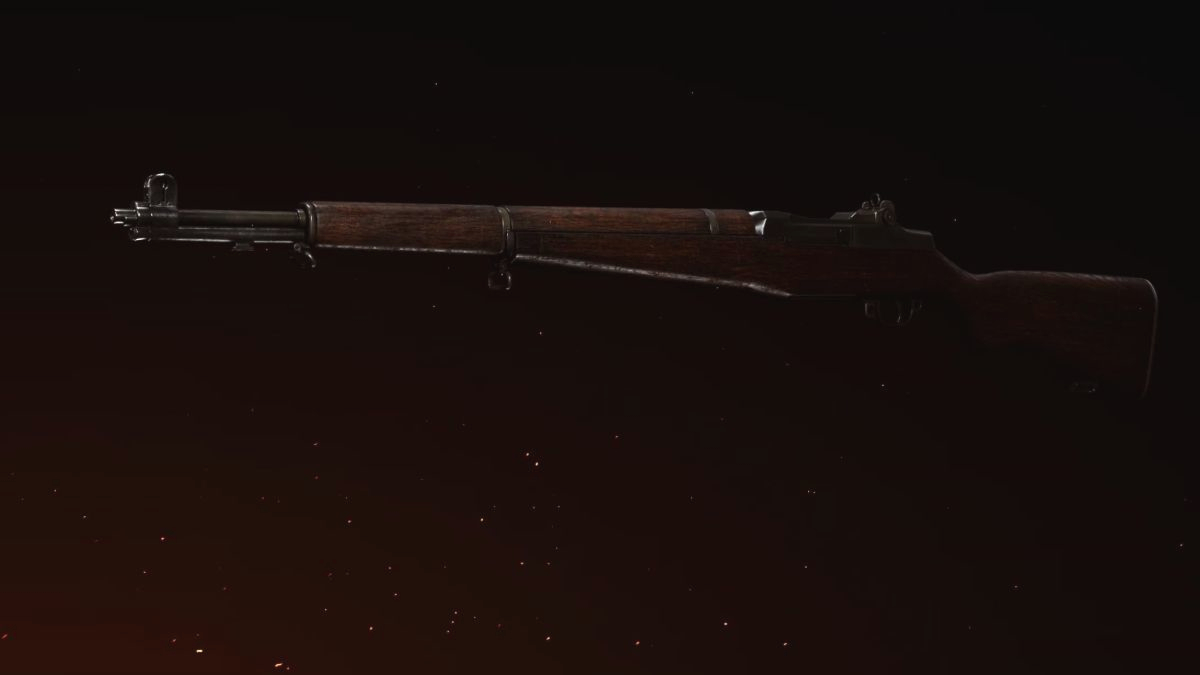 The M1 Garand, a classic World War 2-era weapon, returns in Call of Duty: Vanguard, packs a punch. While it’s not as great as a true sniper rifle or as fast as an assault rifle, the M1 Garand is a great in-between. We’ll dive into what would make the best loadout for this popular gun.

This assault rifle is available early in the game, and if you get used to the feel of the weapon, you may stick with it for a long time. It’s not as heavy as a full-on sniper rifle, but you can still get some great shots from far away despite its weight. Despite its decent accuracy and firepower, the M1 Garand’s ammo storage is low. We can fix that.

The MX Silencer provides sound suppression and more accuracy on the weapon, making this a perfect weapon for snipers who are actively moving from place to place. While the Aim Down Sight Speed is lowered by one stat, you won’t need to use this if you are stationary in a few spots around the map. It also increases the Ammo stat by more than double.

Next, the M19 4.0X Flip provides the best of both worlds. It gives you a long 4.0X optic scope with a tiny detriment of speed, and it gives you plenty more accuracy with a gun that can be otherwise unwieldy. In addition, you can flip between a 1.5x and 4.0x magnification, allowing you to engage in short-range encounters on short notice.

Third, the Cooper 21″ Shrouded barrel. It improves the M1 Garand’s firepower via a better bullet velocity and range of the weapon. The weapon’s accuracy is also bettered alongside a reduced scope sway and gun bob. If you want a precise mid to long-range rifle, this is a good route to take. The caveats are minor as it decreases hip fire accuracy (who wants hip fire on a semi-automatic rifle?) and reduces your aim walking movement speed.

Fourth, the Chariot S3 TC. This stock vastly improves aiming stability and flinch resistance. It also improves recoil and initial accuracy, but at a cost of movement speed and sprint to fire speed. As the M1 Garand works best as a mid to long-range weapon with plenty of stability, we’re willing to make that sacrifice.

Depending on your play style, the underbarrel on the M1 Garand can either be the Bayonet or the Heavy Foregrip. If you want to fend off close-by pursuers, the Bayonet attachment can give you a one-hit kill. It also has a larger range than a standard melee attack. If you want to keep up with stability and recoil recovery bonuses, the Heavy Foregrip can provide this for your sniping. Long-range shots will be easier.

To ease the issue of a low-capacity default magazine, you can increase the number of rounds by eight with the .30-06 16 Round Drums. It also provides speedier reload quickness at the cost of movement speed and aim down sight speed. The 6.5 Sakura 16 Round Drums gives a higher fire rate and much greater recoil control and accuracy, but that comes at the cost of bullet velocity, bullet penetration, and damage. When you’re wielding a long-range rifle, you need to deal more pain than the average gun.

Then, you have the ammo type to figure out. Early on in the game’s progression, the FMJ rounds increase bullet penetration by one stat with no faults to speak of. This will significantly improve the damage of the M1 Garand. Then, once you get the M1 Garand to Level 62, the gun’s bullet velocity stat rises by three. Once again, there are no cons with the Lengthened ammo type.

After that comes the Polymer Grip. It increases accuracy and flinch resistance with no cons whatsoever. Getting a steadier grip with a lower aim penalty from incoming shots is perfect for any sniper on the battlefield.

Next is the weapon’s proficiency. Vital increases the size of the critical hit area, and having this with a weapon that typically gets a kill with two shots is a great idea. Sleight of hand would also be useful for quick reloads.

Lastly, equipping the Fully Loaded kit starts the M1 Garand with maximum reserve ammo, increasing the mags to seven rather than four. As the weapon has an ammo issue, this kit could be essential in a fight.

If you’re curious about what other assault rifles can do in Call of Duty: Vanguard, the introductory STG44 might be worth exploring. It’s more automatic, so maybe that could be your style if the M1 Garand doesn’t feel right for you.