Battling enemies in Final Fantasy VII Remake require you to not only destroy them using conventional weapons and firepower, but you need to rely on magic. Materia allows characters in your party to perform specific talents during a fight. The more you use Materia on a character, the more powerful they become, so make sure you’re giving your party members the ones you want to use moving forward. Switching out is never a bad thing, too.

Because of how many of them are available in the game, what are some of the best ones? What should you always give your party members? First and foremost, every one of your party members should have a heal on them, so make sure everyone has at least one healing power. If you don’t, make sure at least more than one character does.

The Assess Materia is an essential go-to option for someone in your party to have available on them. It allows you to scan the enemies you’re fighting to learn about their weaknesses, which makes fighting new foes far easier than blindly attempting to figure out how to beat them. If you level it up, you can learn the weakness of every foe you’re fighting at that time. You receive it in Chapter 3 from Chadley after finishing their quest.

When you want to bring back party members who have fallen during a battle, you can’t go wrong with giving the Revival Materia to the sturdy party member. If you have a particular teammate who seldom goes down or usually the final person standing, make sure they can freely back their allies. You can turn a fight around, and even heal some people if your healer goes down earlier than you expected.

For those who play through Final Fantasy VII Remake on hard mode, you’ll want to make sure your characters are more durable during battles. The Barrier Materia increases the defenses of all party members, ensuring they’re able to withstand stronger attacks from enemies. You won’t be able to dodge or block every attack, and it’ll be a lot easier to endure a hit if you’re not always worried about going down after a few quick missteps.

When you’re fighting particular enemies in the game, sometimes they take additional damage from specific attacks, such as lightning or fire. You may not always have magic available to you, so having an Elemental Materia on your character’s weapons will ensure you’ll hit them for a decent amount of their weakness. You can link Fire, Ice, Lightning, or Wind to your weapons. You may want to switch what it is based on what you’re fighting, so keep that in mind.

For those who can train themselves to protect against an enemy’s attack reliably, you need to capitalize on this by being able to retaliate with attacks. The Parry Materia allows you to attack after successfully blocking an enemy’s attack. You have a quick window to give them some damage, increasing your chances of taking them down much faster.

The Deadly Dodge Materia is similar to the Parry Materia, except it allows you to make an area-of-effect attack after successfully dodging an enemy’s attack. You want to place this on your fast, agile party members who are more likely to dodge an enemy’s attack and avoid damage altogether. You always want to make sure you’re prioritizing those who can counterattack with the most damage when waiting for an enemy to hit them.

The final thing you need to make sure any of your party members have equipped is a Summon Materia. These allow you to bring in powerful assets to come into a fight and unleash a massive attack against whatever enemies you’re currently fighting. You receive your first summon at the start of Chapter 4, and from there, you will obtain more as you progress through the game. The more you acquire, the more variety you have at your disposal, so make sure to switch them around to fit your current needs.

How to equip skills in Marvel’s Avengers 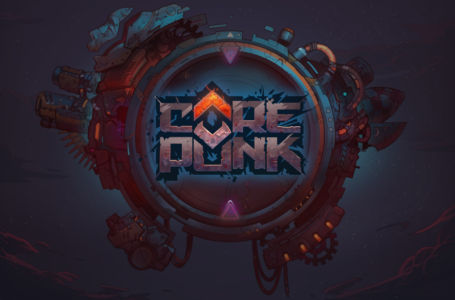 When is the release date of Corepunk