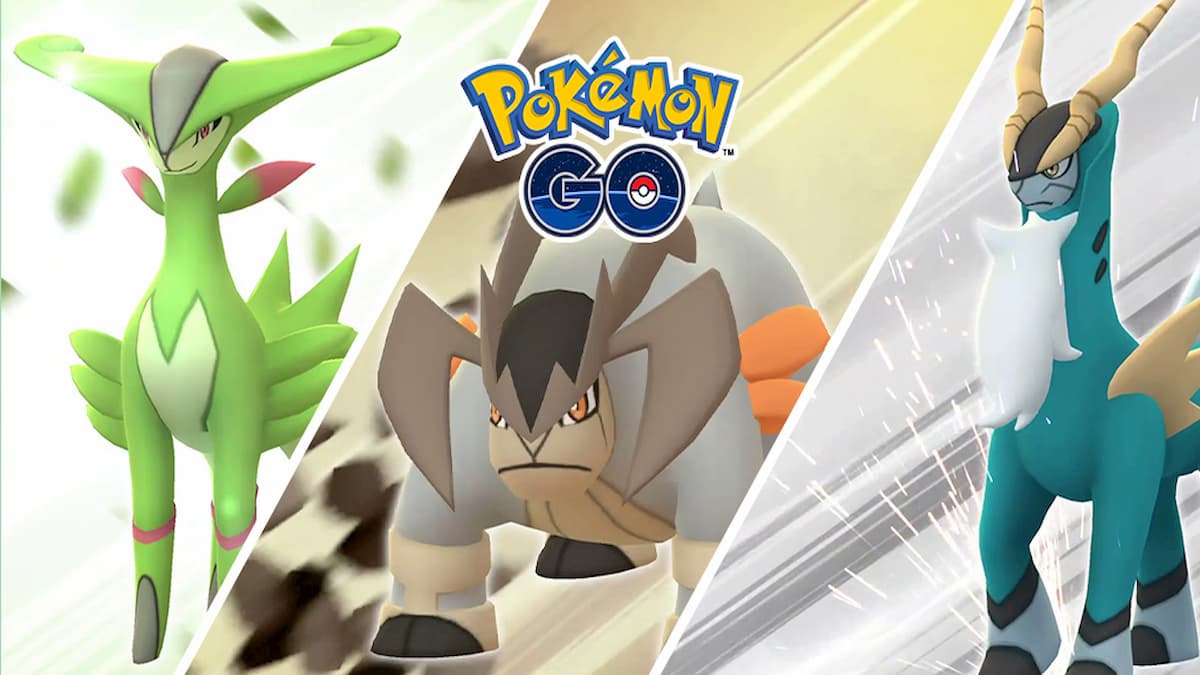 For those who want to complete your legendary swords of justice collection in Pokémon Go, you need to make sure you capture Virizon. The other two are Cobalion and Terrakion, and you can catch them in limited releases in five-star raids. It’ll take you and a few friends to take them down. When you do, what is the best moveset it can learn?

Virizion is a Grass and Fighting-type Pokémon. It has a maximum CP of 3,022, an attack of 192, a defense of 229, and stamina of 209. It’s weak to Fairy, Fire, Flying, Ice, Poison, and Psychic-type moves. But it’s resistant to Dark, Electric, Grass, Ground, Rock, and Water-type attacks. It’s the most powerful of the three swords of justice, but it has some adequate defenses.

These are all of the moves Virizion can learn.

Virizion feels like the weakest link among the other swords of justice legendary Pokémon when it comes to fast moves. All of them have zen headbutt, which is typically second to the only other option it has, and for Virizion, that choice is quick attack. It’s not an amazing move, and Virizion doesn’t receive a STAB for using it, but it’s there, and it produces a decent amount of energy.

The same goes for its charge moves. You won’t have too many options to choose from, and of the three choices, stone edge can be tossed out because of how much energy it requires compared to the other two. Leaf blade is great because Virizion has a STAB for it, along with close combat, but the lowered defense hurts it a bit, so leaf blade is probably the best attack to use over and over again. Unless the Pokémon you’re fighting is weak to Fighting-type moves, then close combat is great for the fight.

You’ll want to build your Pokémon team around Virizion, so expect to be careful about how you pick to fight alongside it. Its best moves are okay, but it’s certainly on the lower end compared to the rest of the swords of justice. Quick attack is its best fast move, and leaf blade and close combat are the best charge moves.