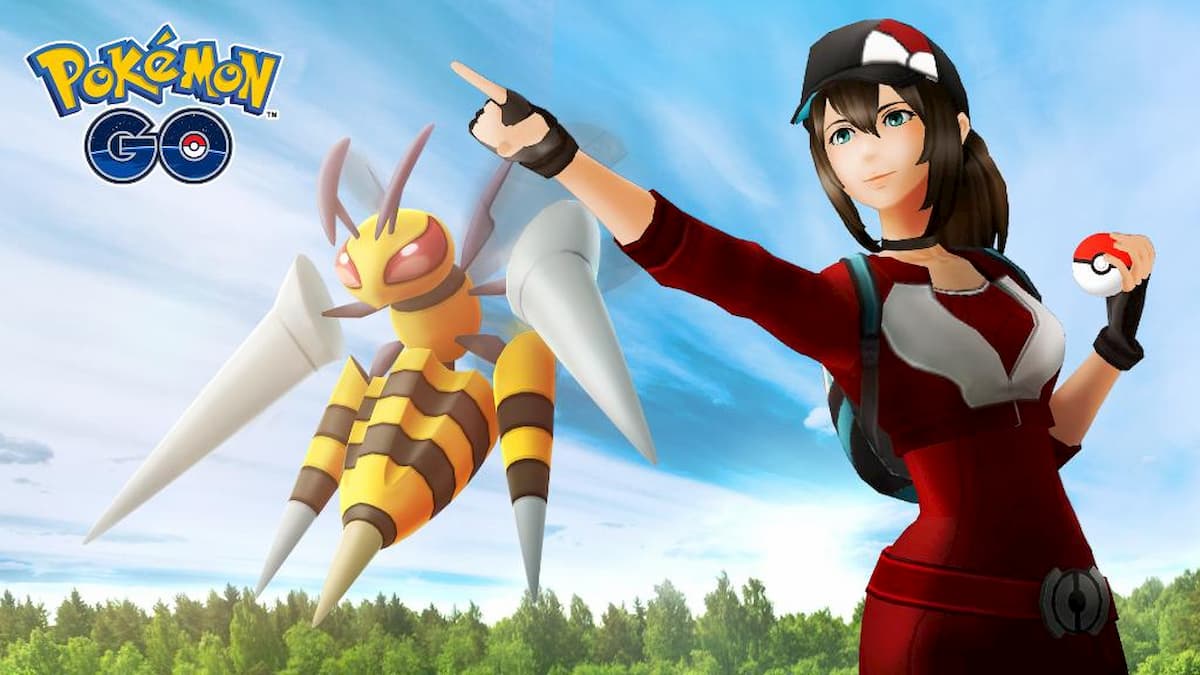 While not many players in Pokémon Go may choose to use Bug-type Pokémon, some of them make an exception for Beedrill. It has the capability to Mega Evolve, making it a powerful opponent, and if you can build its moveset correctly, it can powerful against other trainers in PvP in the Great League, and in raids against five-star Pokémon.

Beedrill is a Bug and Poison-type Pokémon. It’s weak to Fire, Flying, Psychic, and Rock-type moves, but it’s resistant to Bug, Fairy, Fighting, Grass, and Poison-type attacks. It has a maximum CP of 1,846, an attack of 145, a defense of 114, and stamina of 140. It’s extremely squishy, so if you ever use its regular form in PvP, make sure to do it in the Great League.

These are all of the moves Beedrill can learn.

You have a few moveset pool choices for Beedrill. For your fast attack, you want to go with poison jab. Of the three, it will be able to dish out the most damage and energy throughout the battle. Plus, you can lean into Beedrill’s poison typing for an additional STAB modifer.

When it comes to Beedrill’s charge move, your primary choice will be drill run. It’s an exclusive move it can only learn on its Community Day, or can you teach drill run to Beedrill using an Elite Charged TM, but we don’t recommend that route. Regardless, that’s one of the better charge moves it can learn, and should be a priority. Of the choices, the second one will be x-scissor. It has the most damage output for such a low amount of energy.

Overall, Beedrill is an okay choice. Depending on how you build your team, and the type of weaknesses they have, Beedrill could be a great choice to round out your Great League party. Make sure it knows poison jab for its fast move, and then x-scissor and drill run for its charge move.