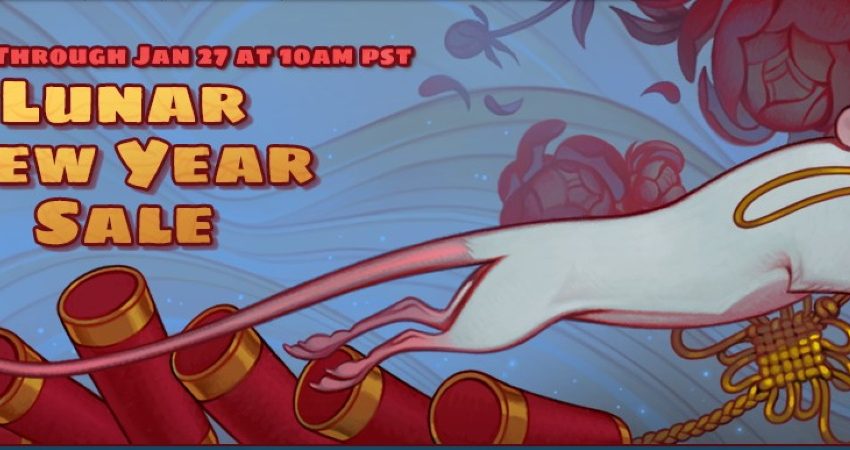 A brand new Steam sale is happening right in celebration of the Lunar New Year event for the year of the rat. Numerous titles are going for a discount price, and of those offers, these are some of the best on that list you should take a look at about picking up.

Star Wars Jedi: Fallen Order came out in November 2019, but it’s already hitting the sales to celebrate the start of the year. Jedi: Fallen Order plays close to a Dark Souls game where players need to think about how they handle each movement, every strike, and managing stamina. What’s more, the story takes place five years following Star Wars: Revenge of the Sith, where the Empire is a steadily rising power in the galaxy with all of the Jedi on the run. You play as Cal Kestis, a Jedi padawan in hiding who must rise from the shadows to do his part to find his place in the changing galaxy.

For those who always have wanted to play an RPG starring a gritty detective, you have your chance in Disco Elysium. You can choose to be the hero of the story, or find yourself relating far more with the criminals by accepting bribes and toeing the lines between justice and what’s right or wrong. The game forces you to choose between specific moral choices, offering a wide range of dialogue choices where you can turn other characters against each other to benefit you during your cases or even to see how badly they mesh against each other.

Sekiro: Shadows Die Twice follows the adventures of a Samurai in late 1500s Japan who not only loses his young lord to a rival but his right arm. With a new prosthetic arm, he must storm the castle and estate of his opponent to rescue his young lord and prevent anyone from using his Dragon’s Blood. Developed by From Software, it feels very much like Dark Souls and Bloodbourne, but with additional features to make it stand apart from the other titles, including unique ways on how it handles death. Sekiro was crowned Game of the Year during the Game Awards 2019 celebration during mid-December.

For those who enjoy historical strategy games and the Total War franchise, Three Kingdomsis an excellent addition to the series. There’s a new focus on heroes and how their story develops throughout the game, along with their relationships not only with their enemies but with their allies and how they balance their court system along who they choose to have by their side. Three Kingdoms happens during ancient China when the nation was split amongst warring houses, featuring enamored heroes such as Gongsun Zan, Sun Jian, Liu Biao, Liu Bei, and many more.

With all the love Netflix is bringing to the Witcher series, it only makes sense to pick up one of the most popular action-adventure RPGs, The Witcher 3: Wild Hunt. The adventure follows Geralt as he searches for Ciri, the young woman he trained since he was a girl, who is being sought out by the Wild Hunt. He has to attempt to reach her first, and along the way, he finds himself stuck dealing with all forms of politics, magic, small tasks, and of course, hunting monsters as every self-respecting Witcher should be doing. It’s a long, compelling adventure that, even after out for five years, continues to draw audiences.

You can pick up the regular edition for $11.99, but honestly, you should grab the Game of the Year edition that comes with all of the DLC for $14.99, and both of those prices are at a 70 percent discount.

Return to Raccoon City to play as Leon or Claire as they deal with the brand new Zombie virus sweeping across the city in Resident Evil 2. The two go on similar journeys, but you can play through the two storylines that venture off in different ways with unique weapons for each character. It’s Capcom’s remastering of the classic Resident Evil 2 game that released back in 1998. There are plenty of callbacks to the original game that makes those who first played it whoop in excitement, and has jump scares galore for newcomers who want to experience an exciting Zombie game.

You can pick up the standard version for $19.79, which is a 67 percent discount. Before you pick up the game feel free to try out the demo before purchasing it.