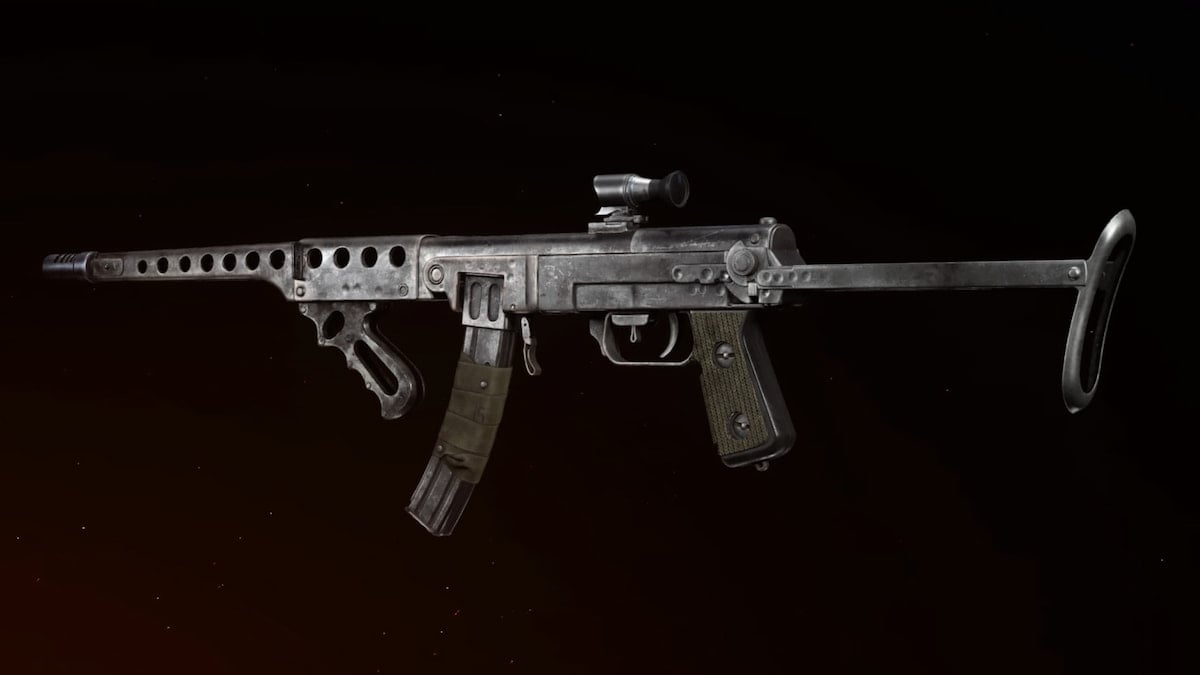 Compared to its Black Ops Cold War iteration, Call of Duty: Vanguard’s PPSH-41 is much faster and can cut through more than four enemies with just one magazine. Despite the MP-40 likely be the most popular SMG, thanks to recent updates, the PPSH-41 has the opportunity to be the best submachine in Vanguard’s multiplayer and Warzone Pacific. Yes, the base weapon is underwhelming and will take several matches to reach its max level, but there is a particular set of attachments waiting to be applied to form one rapid eliminator.

With it being Vanguard’s closest gun to an MP7, the most successful class for the PPSH-41 can be witnessed once lowering the weapon’s recoil and boosting its underwhelming firepower. That being said, this class is mainly for those who flourish in close-range gunfights and aren’t afraid to roam around all parts of a map.

If you’re without either the muzzle, barrel, or stock shown above, you’ll still face a steep level of recoil. Together, the Strife Compensator, ZAC 300mm, and ZAC Folding weakens the PPSH-41’s vertical recoil by over 30 percent, making it almost non-existent. As for the rest of the attachments, they will supply a surprising increase to the gun’s damage and velocity, lending you the power to end enemies with just about three hits.

As its fire rate becomes second to none, we recommend that you apply both the Scavenger and Tracker perks. Scavenger provides you ammo when coming across bodies, with Tracker displaying footsteps of nearby enemies for you to take out and steal their bullets. As you’ll be constantly running and gunning, a perfect fit for your secondary is none other than the Fighting Knife — ultimately providing that last bit of damage when your PPSH-41 needs to be reloaded in the midst of battle.

With all of Caldera’s main locations so spread out from each other, expect there to be mostly medium to long-range gun fights. Despite this, Vanguard’s PPSH-41 is one of just a few SMGs that still succeeds on the map anyway. The key to witnessing this is to have your class revolve around accelerated player movement and stealth, so that you’re able to get to enemies before they spot you from afar. Here’s what you’ll need.

Obviously, the Quick weapon perk will aid you the most here, as it increases sprinting speed to a vast degree. However, other major attachments like the ZAC 800mm Light, Mark VI Skeletal, Fabric Grip, and Kovalevskaya Skeletal all work together to drastically improve the PPSH-41’s ADS and sprint-to-fire speeds. In addition, it is important that you add a close-range optic like the Nydar Model 47, as anything beyond a 2x zoom level will make aiming at a short distance uncomfortable.

As for maximizing your operator’s stealth abilities, it is absolutely crucial you use perks like Cold-Blooded and Ghost to remain undetected from the several snipers that are usually overlooking Caldera. The Engineer perk will play a big role when rushing opponents that are hiding, as it outlines all nearby enemy equipment, field upgrades, and killstreaks.