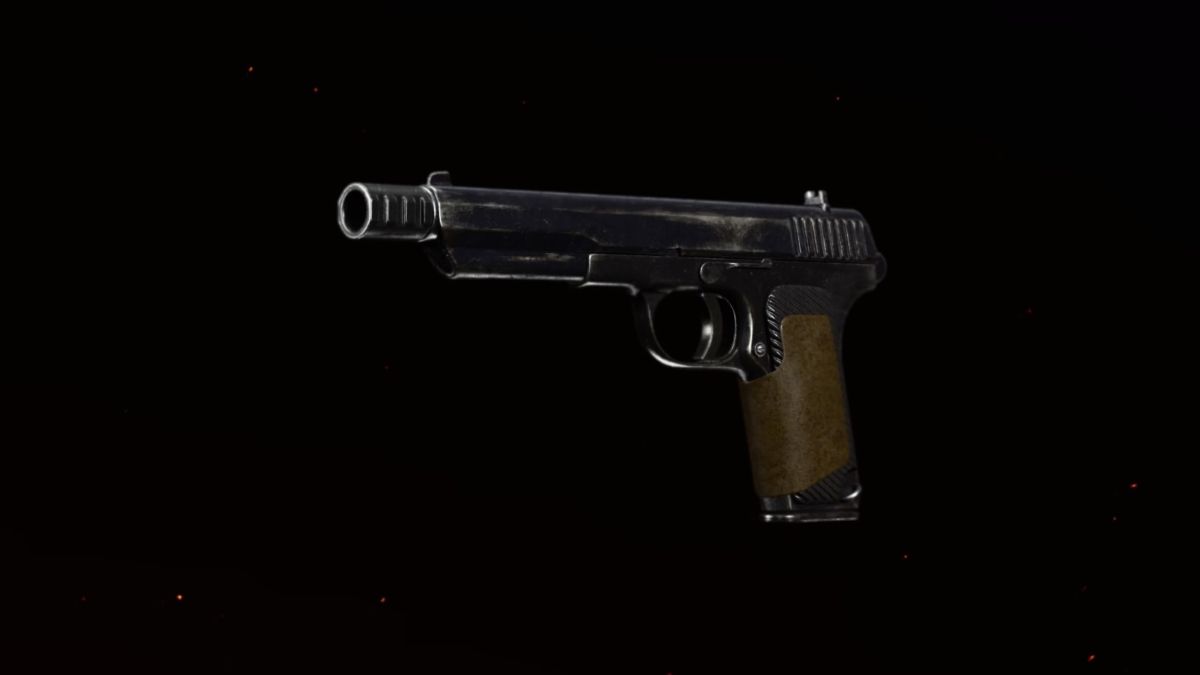 Everyone’s first pistol in Call of Duty: Vanguard, the RATT, is a decent secondary weapon that can get the job done. However, it can be so much better. Here is a loadout that will give it some more oomph and accuracy.

Getting more accuracy at no cost is always a good thing with a pistol, and the No. 3 Rifle Brake provides that. It boosts horizontal recoil control by 3.6%. While the attachment gives a minor increase, the other muzzles have punishing cons attached to them.

The Empress 129MM B03TT gives an impressive boost to multiple factors of the pistol at the cost of its fire rate (-33.3%). This includes 10% more damage, a wider effective damage range by 125%, 8.9% more vital damage, and an inconsequential 13.3% vehicle damage increase. This pistol will now pack more of a punch, but the fire rate is a detriment we will fix later.

With a secondary weapon, an optic is not necessary as the gun’s own retical is good as is in short-range fights. However, if you really need some sort of optic, go for something close-range like the MK 3 Sunfilter or Nydar Model 47. Don’t be silly with the sniper scopes.

To make up for the massive fire rate decrease from the Empress, we will select the rapid action trigger action for the RATT. It increases the fire rate by 7.1% while decreasing the vertical and horizontal control by 5% and 2.5% respectively.

No magazine will be applied to the RATT as each offers an awful set of cons attached to the pros. They will determent the speed of the weapon. The secondary should be a gun you use as a last resort when your primary runs out of ammo, so you want it to be snappy.

To give the RATT a faster rate of fire, the Lengthened Ammo type will improve the bullet velocity by 30%, giving players less time to react.

In an intense situation with the secondary weapon, you need to be able to react quickly. Therefore, the Polymer Grip is the best way to go. It improves flinch resistance by 40% while giving the gun more recoil control (2.2% on vertical and horizontal).

You’ll want to switch to the RATT pistol quickly when you run out of ammo on your primary, so the Fleet proficiency will give you an edge in combat. Equipping this will make the weapon swap faster and it will increase the movement speed of the gun as well.

To be more agile around the battlefield, we recommend using the Quick Kit as your final attachment. It will increase your sprint speed, allowing you to get out of situations rapidly if the RATT pistol does not work against a powerful LMG like the BREN, for example.