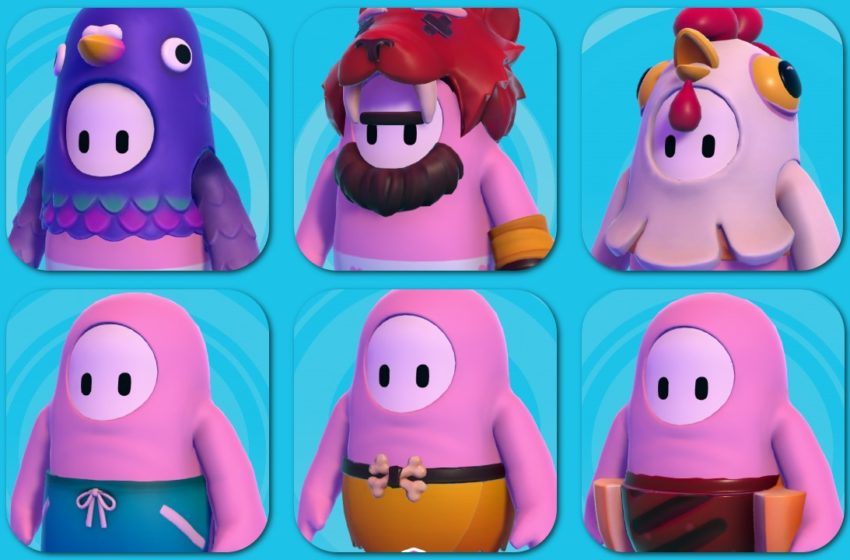 Fall Guys is the newest battle royale on the scene, and no battle royale game is complete without the Battle Pass. A battle pass is a series of unlockable rewards that you obtain by actively playing a game throughout its in-game season. The rewards are almost always cosmetic and in-game currency.

For Fall Guys, the Season 1 battle pass contains 19,500 Kudos, 3 Crowns, and a plethora of fun and colorful cosmetics. Here is the rundown of the best cosmetic rewards for season 1.

Colours change the two-tone color scheme of your fall guy. The two best Colours of the season are definitely the early reward Bubblegum, and the later win: Steal.

Patterns change the say your two-tone colour shows up on your fall guy, and one pattern this season stood out at the clear best: Paint Dipped. Though we are going to pretend its ice cream.

There are only two faceplates this season, and they both made the list. Yeller and Baby Blue don’t just change your outfit, but the color of the actual fall guy’s face.

The best action related unlocks this season are the adorable Pirate Jig emote and the final prize of the battle pass: The Jack in the Box celebration (not pictured). You must complete the battle pass to unlock it.

There are so many great Uppers and Lowers to unlock this season, but the best of the best boils down to the Pigeon upper, Hunter upper and Chicken upper, and the Rookie lower, Hunter lower and Hot Dog lower.

There are several other unlocks that might not have caught out the eye, but may catch yours. Whether it made the list or not, do you have a reward your heart is set on for season 1?